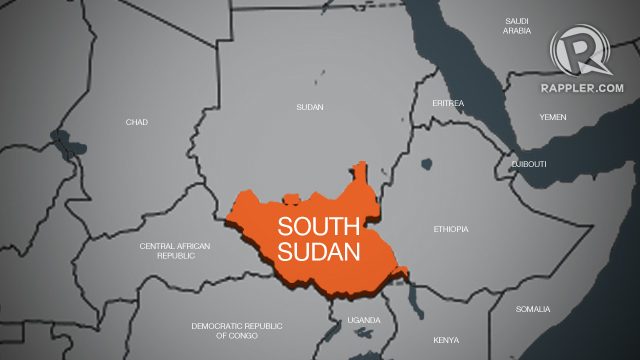 JUBA, South Sudan – At least 186 people are now thought have been killed and even more injured in an oil tanker explosion in South Sudan this week, the government said on Friday, September 18.

The incident occurred on Wednesday on a road some 250 kilometers (155 miles) west of the capital Juba, close to the small town of Maridi, with the victims including locals who tried to scoop up the fuel spill.

“According to the reports that we received, the death toll is 186. The number of injured is bigger than that. We are unable to ascertain the actual number up to now,” South Sudan’s Information Minister Michael Makuei told reporters, confirming earlier reports that at least 150 were dead.

“That is a very unfortunate situation,” he said, adding President Salva Kiir had declared three days of national mourning.

“All the flags are expected to be at half mast with effect from today. The president and the government extend heartfelt condolences to the families of the victims,” he added.

Local media reports said doctors were struggling to cope with limited supplies to treat severe burns, including a lack of painkillers.

The local government director of Maridi, John Saki, told South Sudan’s Gurtong news site that about a thousand people crowded around the tanker to gather fuel after it crashed on the roadside, with many coming from a nearby school.

Those visiting the wounded in the hugely overstretched hospital in Maridi described horrific scenes.

“Some people are burned all (over their) legs, some the hands, some the whole body, the back,” one witness told Radio Tamazuj. “They look like a white person.”

Fuel leaks and oil tanker accidents in Africa often draw huge crowds scrambling to scoop up the fuel, resulting in many deaths due to accidental fires.

One of the worst such accidents was in Nigeria in 1998, when over 1,000 people died in the southeastern Delta State when a pipeline exploded as people tried to steal fuel.

Radio Tamazuj said dozens of bodies were burned beyond recognition and were being buried in a mass grave.

South Sudan is in the grip of a dire economic crisis sparked by over 21 months of civil war, which has caused rampant inflation and soaring prices of basics, including food and fuel.

South Sudan is the world’s youngest nation, having gained independence from Khartoum in 2011. It descended into civil war in December 2013 when President Kiir accused Riek Machar, his former deputy and now a rebel leader, of planning a coup.

The violence has left tens of thousands of people dead and the impoverished country split along ethnic lines.

Over two million people have fled their homes in a war marked by gang rapes and the use of child soldiers.

The government and rebels signed a peace deal on August 29, but the ceasefire – the 8th agreed – has been repeatedly broken. – Rappler.com