Sep 26, 2015 8:08 AM PHT
Agence France-Presse
Facebook Twitter Copy URL
Copied
Billed as the most ambitious anti-poverty plan ever, the 17 Sustainable Development Goals and 169 targets will replace the Millennium Development Goals that expire this year 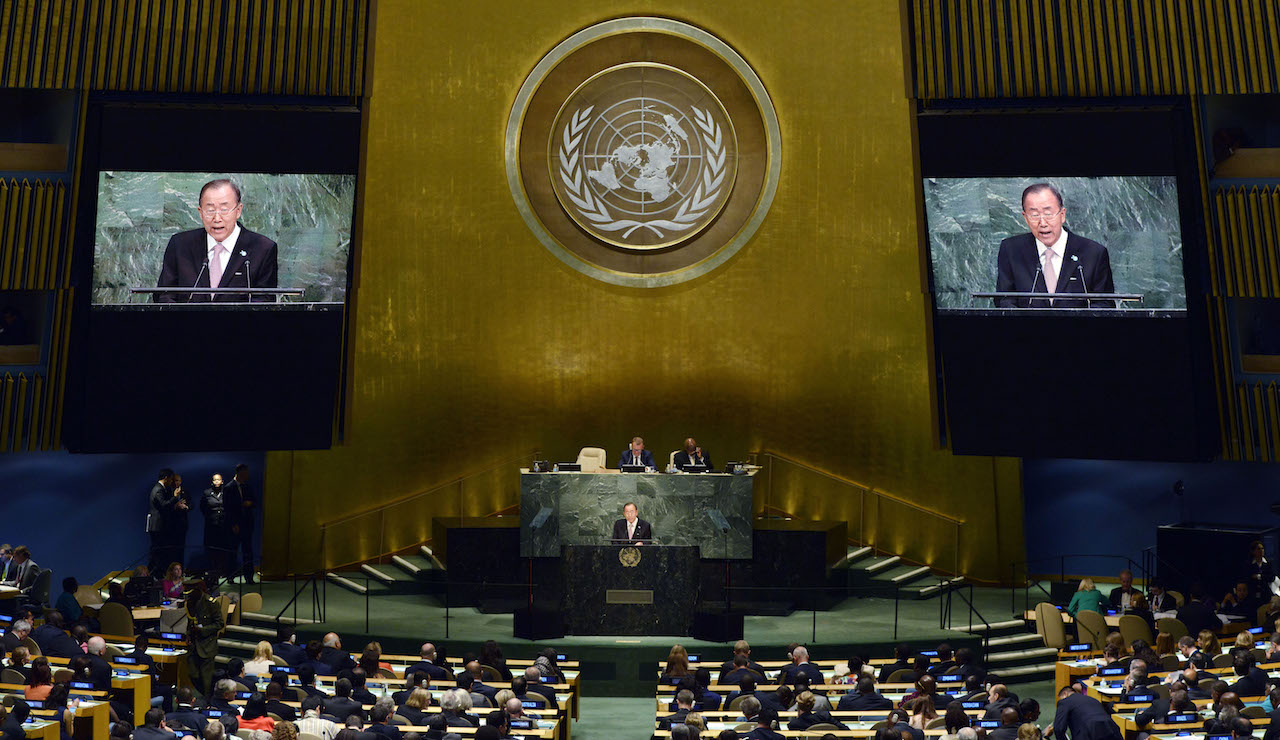 UNITED NATIONS – World leaders on Friday, September 25 pledged to end extreme poverty within 15 years, adopting an ambitious set of UN goals to be backed up by trillions of dollars in development spending.

Pope Francis welcomed the new global agenda as an “important sign of hope” in his speech to the UN General Assembly and urged leaders to deliver on their promise to transform the world by 2030.

Making his first address to the United Nations, the pontiff sounded a note of warning, saying pledges were worthless without the determination to follow through.

“Solemn commitments, however, are not enough, even though they are a necessary step toward solutions,” the pope said as he urged leaders to take “concrete steps and immediate measures” to protect the environment and end exclusion.

Billed as the most comprehensive anti-poverty plan ever, the 17 Sustainable Development Goals (SDGs) and 169 targets were adopted at the start of a summit that capped 3 years of tough negotiations.

They will replace the Millennium Development Goals (MDGs) that expire this year and will apply to both developing and developed countries. (READ: World leaders to commit to ‘people-centered, transformative’ Global Goals)

The new UN agenda aims to end poverty, ensure healthy lives, promote education and combat climate change, at a cost of between $3.5 and $5 trillion per year until 2030.

UN Secretary-General Ban Ki-moon described the plan as a “to-do list for people and planet” that laid out a “universal, integrated and transformative vision for a better world.”

“The true test of commitment to agenda 2030 will be implementation,” Ban told leaders. “We need action from everyone, everywhere.”

Teenage Nobel laureate Malala Yousafzai urged leaders to zero in on promoting education, which she described as “the real investment the world needs and what world leaders must do.”

Taking time away from Europe’s refugee crisis, German Chancellor Angela Merkel applauded the new goals but stressed that peace was a “key prerequisite” for development.

Millions of refugees and migrants are fleeing “raw terror and violence”, Merkel said, before adding, “We must tackle the causes of flight.”

Immediately after their 3-day summit, world leaders open a General Assembly debate on Monday, September 28 with the war in Syria and Europe’s migration crisis set to take center stage.

Much attention has focused on ending extreme poverty for an estimated 836 million people still struggling on the margins of survival, mostly in sub-Saharan Africa and Asia.

Billions of dollars in development aid will be redirected to meet the targets, but the United Nations also wants to tap into local sources of financing through improved revenue collection.

The global goals call for improved transparency in oil-producing countries to clamp down on corruption and ensure that revenues from natural resources are used to improve the lives of citizens.

Indian Prime Minister Narendra Modi, whose government has yet to announce its action plan for climate change, declared that helping his country’s poor will have “great consequences for the sustainable development of our beautiful planet.”

It is unlikely that all countries will achieve all of the goals, but aid groups say they will provide benchmarks for governments in every area of development.

Jamie Drummond, executive director for global strategy at the ONE Campaign, described the global goals as a “citizen’s scorecard, to hold governments accountable for delivery.”

“The key missing ingredient is political will,” said Drummond. “We have a great history of promise-making at the UN, but the question is whether the promise is ever kept.” – Carole Landry, AFP/Rappler.com