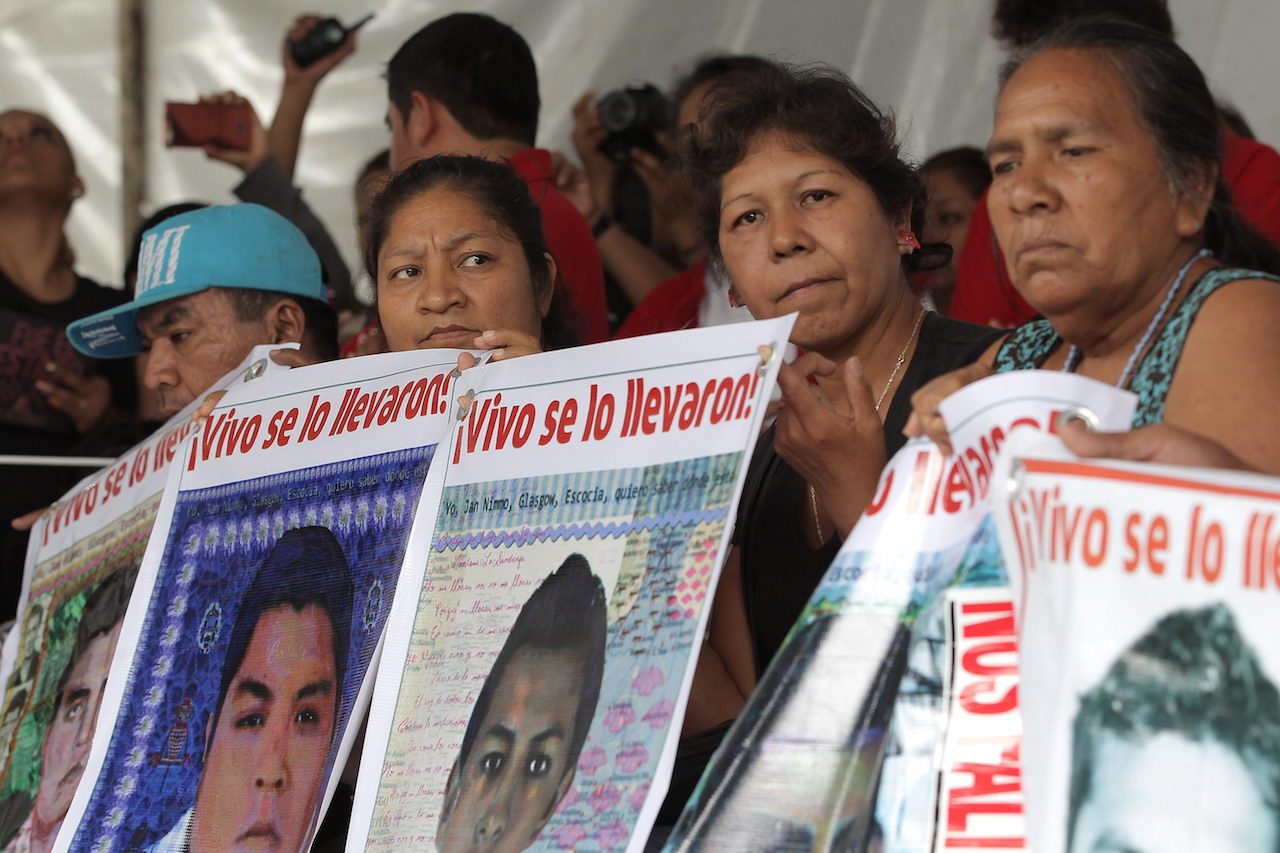 MEXICO CITY, Mexico – Mexican authorities are sifting through nearly 60,000 bone fragments to see if any can be tested for a DNA match with 43 students who vanished last year, officials said Friday, September 25.

Independent forensic experts from Argentina are helping government investigators to find any remains that could be sent to Austria’s Innsbruck University for lab tests, said Eber Omar Betanzos, a human rights prosecutor.

The attorney general’s office sent 17 charred remains to the university last year, but only one student was positively identified while only a partial match was found of a second one.

Officials said in November that the 17 remains were the only ones linked to the case that could potentially be tested for DNA.

But the government has ordered new forensic tests on all the bones amid new doubts over the official investigation’s conclusions.

Betanzos told reporters that the nearly 60,000 bone fragments are “of different sizes and characteristics” and that most are charred.

The remains were found at the same site as the bones that confirmed the death of one student and could possibly belong to a second youth.

Prosecutors say the 43 students were whisked away by municipal police in the southern state of Guerrero on September 26, 2014, and delivered to a drug gang, which killed them and incinerated their bodies at a garbage dump.

Authorities found the charred remains inside bags that were thrown in a river near the dump.

But independent experts from the Inter-American Commission on Human Rights tore apart the official investigation this month, saying there was no evidence that the students were burned at the landfill.

Parents of the students, who have always rejected the official investigation, will join a protest in Mexico City on Saturday, September 26 to mark the one-year anniversary of a case that has caused the biggest challenge of President Enrique Pena Nieto’s administration. – Rappler.com