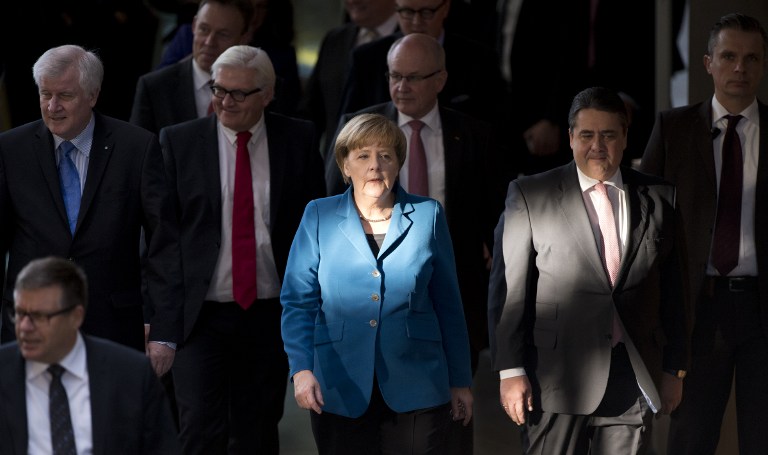 BERLIN, Germany – German Chancellor Angela Merkel’s popularity at home has been hit by her policy of openness towards the wave of migrants coming in from Syria and elsewhere, according to an opinion poll published on Saturday, September 26.

Merkel’s “strong commitment to the refugees has obviously not been met with much backing,” the Der Spiegel weekly newspaper said on the poll published in its pages.

Germany is expecting up to a million refugees and migrants to enter its borders this year, many encouraged by Merkel’s welcoming stance.

On Saturday, she urged Germans to bring back the spirit of the country’s reunification in 1990 to help face today’s challenge of integrating the hundreds of thousands of people fleeing war and misery.

The German Chancellor was placed fourth in the paper’s regular popularity contest, carried out by the TNS Forschung institute.

In first place was her foreign minister, the Social Democrat Frank-Walter Steinmeier who won 67 percent support in response to the posed question: which political figures they hoped would “play an important role in the future.”

Merkel garnered 64 percent in the poll, five points less than in June.

In second place was Finance Minister Wolfgang Schauble, who has won plaudits for his handling of the Greek debt crisis. Third was German President Joachim Gauck.

It was the first time in this parliament, which began in 2013, that a Social Democrat, part of Merkel’s federal government, came out on top of the poll, according to Der Spiegel.