JAKARTA, Indonesia – Check out the newest mammal in town: a cute rat from Indonesia.

In a paper submitted by scientists from Indonesia, Australia and the United States to the Journal of Mammalogy, the scientists share their new discovery, a hog-nosed shrew rat they discovered from Indonesia’s Sulawesi Island.

The “new genus and species of shrew rat” was found in the forests of Mount Dako, in the district of Tolitoli.

The study said the rodent, named Hyorhinomys stuempkei, “is distinguished from all other Indonesian murines by its large, flat, pink nose with forward-facing nares.”

Unlike other Sulawesi creatures similar to it, the scientists said the species “has extremely large ears (~ 21% of head and body length),” large teeth, long hind legs, and a pointed face.

“Morphologically, the new taxon is most similar to a group of endemic Sulawesi rats known commonly as ‘shrew rats,’” the study said.

The scientists said they have never seen any creature like it and is said to eat earthworms, beetle larvae and other invertebrates by slurping it up using its long nose.

The Age quotes Dr Kevin Rowe, one of the scientists, as saying the new species “looks like it’s whistling all the time.”

“Discovery of this new genus and species brings known shrew rat diversity on Sulawesi to 6 genera and 8 species. The extent of morphological diversity among these animals is remarkable considering the small number of species currently known,” the study added.

Check out more photos of the new mammal below, screenshots from Fairfax Media video: 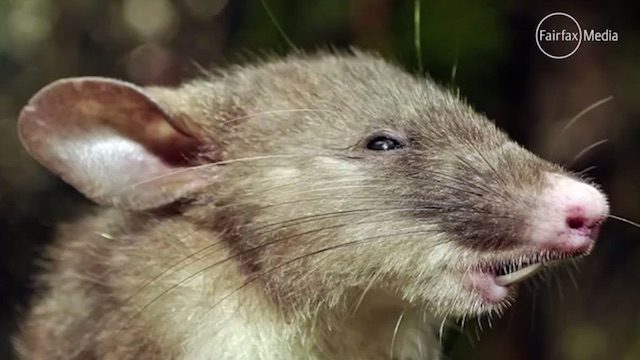