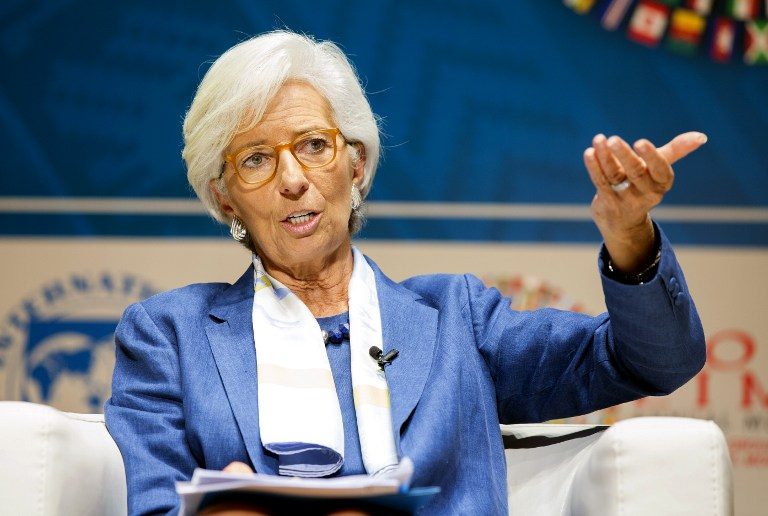 “It is just the right moment to introduce carbon taxes,” Lagarde said at the annual meetings of the International Monetary Fund and World Bank in Lima, Peru.

The issue is in the spotlight two months from a key United Nations conference in Paris tasked with delivering a comprehensive carbon-cutting pact to save the planet from the potentially catastrophic impact of global warming.

Besides discouraging pollution, Lagarde said, taxing greenhouse gas emissions would have the added bonus of helping governments boost their revenues at a time when many countries have dipped heavily into their “fiscal buffers” to get through a prolonged rough patch for the global economy.

“Finance ministers are looking for revenues. That’s the fate of finance ministers. But it’s particularly the case at the moment because many have already used a lot of their fiscal buffers… and are always in need of some fiscal buffers in order to fight the next crisis,” she said.

Lagarde urged governments to tax carbon emissions rather than rely on emissions trading, a competing system already in place in Europe in which governments essentially issue permits to pollute that can then be traded on an open market.

“I know that a lot of people would rather do emissions trading systems, but we believe that carbon taxation would be a lot better,” she said.

Lagarde said revenues from carbon taxes could contribute to rich nations’ funding target of $100 billion a year by 2020 to help poorer nations fight the impacts of climate change.

The world was still $38 billion short of that target last year, the Organization for Economic Cooperation and Development said in a new report.

Lagarde said it was also the “right moment” to eliminate energy subsidies, which the IMF says will cost the world $5.3 trillion this year – 6.5% of the global economy. – Rappler.com