7 Indonesians on trial over alleged links to ISIS 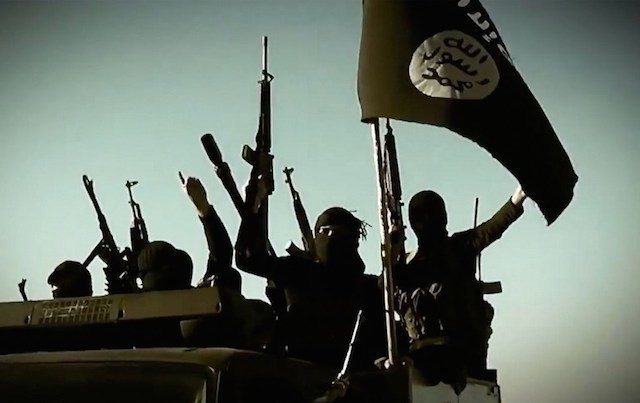 Facebook Twitter Copy URL
Copied
They were all charged with being part of an 'evil conspiracy' and accused of a range of crimes, from trying to aid acts of terror to supporting ISIS

They were all charged with being part of an “evil conspiracy” and accused of a range of crimes, from trying to aid acts of terror to supporting IS, which has been banned in the world’s most populous Muslim-majority country since October last year.

“Not only has the defendant declared that he joined IS, he also joined military training in ISIS camps,” prosecutor Teddy Irawan told a Jakarta court, opening the case against Sungkar. ISIS is an alternative name for the Islamic State group.

“The defendant was aware that the objective of the training was preparation to launch acts of terror,” he added.

One defendant, Tuah Febriwansyah alias Muhammad Fachry, was accused of running websites with pro-IS content, uploading articles such as one named: “Pledging loyalty to ISIS, why not?”.

All the defendants were being tried separately.

The lawyer for 6 of the defendants, Asludin Hatjani, said he hoped his clients could escape the IS-linked charges as most of their crimes were alleged to have taken place before Indonesia banned the group.

Hundreds of Indonesians are feared to have traveled to the Middle East to join IS, which controls vast swathes of territory in Syria and Iraq. Several have been detained on their return.

However, counter-terror officials complain that current laws are still too weak to stop extremists leaving for Syria and to block the spread of radical information on the Internet. – Rappler.com