Malaysia schools close again due to haze from Indonesia 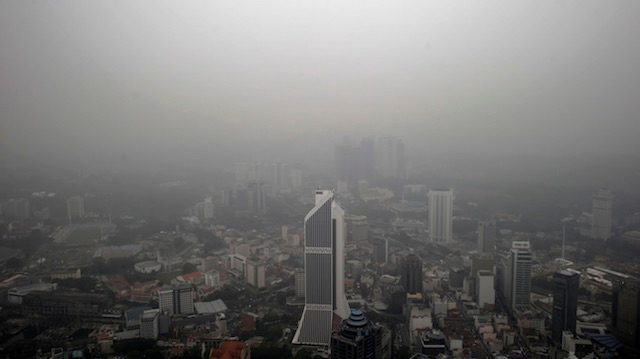 KUALA LUMPUR, Malaysia – Malaysia closed schools in several states and the capital Kuala Lumpur on Monday, October 19 yet again due to choking smoke from Indonesian slash-and-burn farming that has smothered much of Southeast Asia in smog for weeks.

Malaysia has repeatedly ordered students to stay home as a health precaution as the current smog problem – an annual dry-season occurrence – has become one of the worst in years, exacerbated by tinder-dry conditions from the El Nino weather phenomenon. (WATCH: Aerial footage shows devastating damage of forest fires)

Last week it had a enjoyed a respite from the acrid grey shroud that has sparked health alerts, sent thousands to hospitals for respiratory problems, and caused the cancellation of scores of flights and some major international events across the region.

Facing growing pressure, Indonesia earlier this month agreed to accept international help after weeks of failure to douse the fires that has infuriated its neighbors.

On Friday, Indonesia launched its biggest operation ever to combat the crisis, with dozens of planes and thousands of troops battling the illegally started agricultural and forest fires in its territory on the huge islands of Sumatra and Borneo.

32 planes and helicopters – including 6 aircraft from Singapore, Malaysia and Australia – were deployed to back up more than 22,000 personnel on the ground. – Rappler.com