Facebook Twitter Copy URL
Copied
Who are the young female leaders next in line to “smash the glass ceiling”? Here are 8 women under 30 I’ve noticed as emerging talents in Indonesia’s tech world.

Indonesia’s tech industry is a sausage fest – it’s mostly male-dominated, especially when we look at top leadership and technical positions. It’s a fact we’ve come to accept for now, while hoping that programs encouraging female entrepreneurship, like Girls in Tech, will help turn the tide.

But of course there are outliers to the rule. Some of Indonesia’s most prominent startups are, in fact, led by women.

Think of Nabilah Alsagoff, who is a co-founder of the payment gateway Doku. Hanifa Ambadar of the Female Daily network, Aulia Halimatussadiah, co-founder and CTO of self-publishing platform Nulisbuku, and Diajeng Lestari, co-founder of Muslim fashion estore HijUp – these names have become synonymous with female tech entrepreneurship in Indonesia.

But where is the future generation? Who are the young female leaders next in line to “smash the glass ceiling”?

Here are 8 women under 30 I’ve noticed as emerging talents in Indonesia’s tech world. She knew early on that she wanted to lead her own company. Fransiska and her team are currently working on Prelo, a mobile-first e-commerce marketplace. It evolved out of Kleora, an earlier version of the idea.Fransiska has a strong IT background, having graduated with honors from the Institute of Technology Bandung.

She’s won several coding challenges and was chosen to participate in a 10 week program at Singularity University. Melieyana is the single founder of Gogonesia – a tour package booking site for local and international tourism in Indonesia. With Gogonesia, Melieyana is treading a risky path, one that other startups like Valadoo and Jajalindo have tried before and failed.

However, tourism is a major industry for Indonesia, and if Melieyana can get it right, her perseverance will pay off. Melieyana’s background is in finance. She was an associate at BlackRock, a financial services company in Australia, before making the jump into entrepreneurship. Her first step was to take on a role in business development at Blibli, an ecommerce startup backed by GDP Ventures. But in her free time, she’s been working on her own venture, CutBroker. It’s a property service that, as the name suggests, lets house seekers connect with owners without the need for middlemen. The service is due to be launched soon.

Stephanie also officially holds the title of Miss Universe Jakarta. While this fact may not correlate with her leadership skills, it does prove she’s ambitious and ready to outshine competitors. 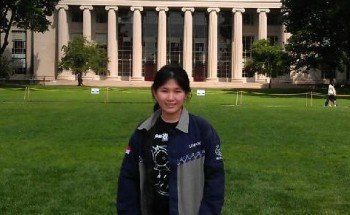 Leonika Sari is an outstanding coder who’s been showered with prizes and achievements, such as the Mandiri Young Technopreneur Award, and the XL Future Leaders award. One of her most memorable recognitions, however, was to be invited into an entrepreneurship bootcamp program at MIT, where she was selected from more than 50,000 applicants and was one of the few to receive a full stipend to attend.

The idea she and her team are working on is called Reblood, an ambitious program to encourage blood donation in Indonesia, where hospitals are often undersupplied with fresh blood. Leonika lives in Surabaya, where the startup ecosystem isn’t yet as globally plugged in as the one in Jakarta, but I’m certain her impact will reach beyond the city. 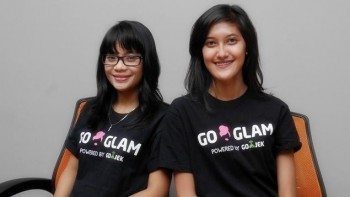 Dara and Windy share responsibilities as co-heads of Go-Jek’s subsidiary service, Go-Life. With Go-Life, you can use the already-well-established on-demand transportation app to order a masseuse, a manicurist, or a house cleaner directly to your doorstep.

Both used to work at global consulting firm McKinsey, which is where they met Nadiem Makarim, the founder of Go-Jek. He then got them on board to expand Go-Jek’s core service into the wider realm of the shared economy, under the label Go-Life.

Dara and Windy are outspoken about encouraging women to strive for leadership roles in tech companies. While Go-Life is still young and the model is unproven in Indonesia, this duo is definitely one to follow. 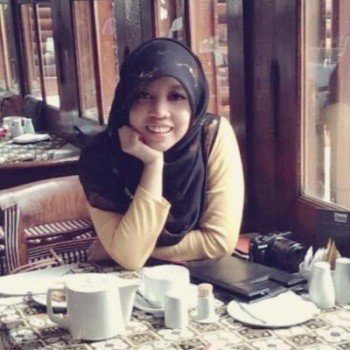 Niki is the co-founder and COO of Goers, a lifestyle and entertainment app that lets people know what’s happening in their city and connect with each other over shared interests and events. The app just launched for Android a few months ago, so it’s still early to say much about its performance.

What’s clear, though, is that Niki is a high performer. She studied information systems at the Bandung Institute of Technology and at the University of Warwick, has had a stint at Microsoft, and was vice president of business development in a small venture capital firm before starting Goers. Having specialized in leading teams and managing organizations from early on, a COO like her can make all the difference in a startup. Alice Norin is one of two co-founders of 8wood, an ecommerce fashion startup. Her other job is acting – she’s quite the celebrity in Indonesia. At 8wood, she serves as chief creative officer, where her sense of style and fashion insight sets the tone for a distinguished brand.

I chose to include her on this list because she has the power to  influence fans, which helps establish ecommerce in the mainstream. And as 8wood continues to grow, Alice could use her fame to encourage other women to choose entrepreneurship, too.

This list is far from complete. Who else ought to be mentioned? Let us know in the comments section. – Rappler.com

This article first appeared on Tech in Asia, the go-to online platform for Asia’s tech community