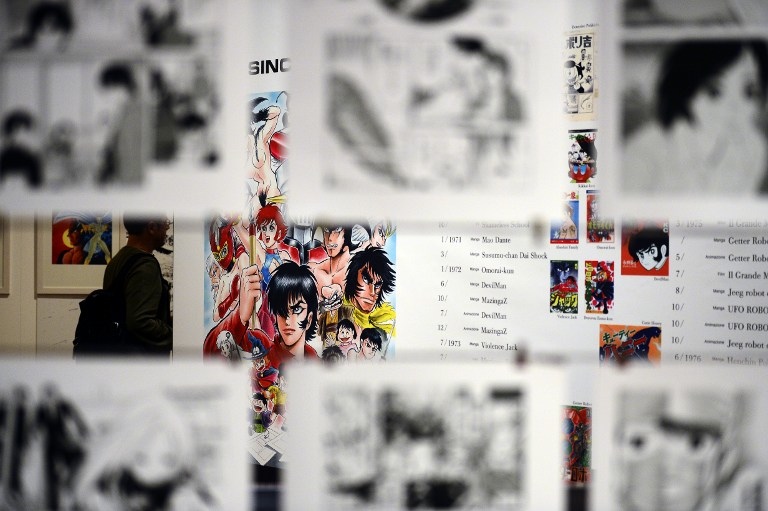 Graphic images of pedophilia in manga comic books remain legal under the new law, which came into effect this summer, while books and videos of real children in sexually provocative poses are still widely available – and legal.

Campaigners had long urged Japan to toughen its stance on child pornography, complaining it was a major source of the material globally.

“When it comes to particular, extreme child pornographic content, manga should be banned,” Maud de Boer-Buquicchio, the UN’s special rapporteur on the sale of children, child prostitution and child pornography, told reporters as she wrapped up a week-long Japan tour.

But she acknowledged the challenge in “finding the right balance” between artistic freedoms and the need to protect children.

“I accept that the freedom of expression argument should outweigh, should prevail when it comes to adult pornography,” she added.

Despite calls for manga imagery to be included in the new rules, there was strong resistance from manga artists, free-speech advocates and publishers, who said it would impinge on freedom of expression and allow authorities to make arbitrary decisions about art.

De Boer-Buquicchio criticized the law for being riddled with “numerous loopholes” and lashed out at so-called “child erotica,” saying kids were being exploited.

The still-legal offerings feature photos and other materials depicting half-naked children in skimpy outfits, such as tiny bikinis.

DVDs or photo books of child erotica are readily available online and at stores in Tokyo including in the city’s well-known Akihabara district.

“All these are obviously lucrative businesses. What is worrying is that there is a trend which seems to be socially accepted and tolerated,” the UN envoy said.

Child prostitution has declined in Japan, but materials featuring the abuse of children have proliferated online, the envoy said, as she pointed to poverty, a lack of gender equality, social tolerance and few prosecutions.

While Japan is a relatively wealthy country, about 16.3 percent of children aged 17 or under were living in poverty – meaning a family income half that of the national median – according to 2012 data.

The UN envoy said impunity for offenders is “relatively high” in Japan.

“If these issues can be addressed, I believe Japan can make substantial progress, if not completely eradicate, sexual exploitation of children,” De Boer-Buquicchio said.

Some Japanese non-profit organizations last week issued a formal call to the government to tighten up the new law.

“Materials of children under 18 that were clearly created for the purpose of fulfilling sexual excitement should be regulated as child pornography,” said Shihoko Fujiwara, head of non-profit organization Lighthouse.

While Lighthouse called on firms to stop distributing DVDs depicting half-naked children several years ago, such images are still widely available, she added.

“We should teach children about sexual crimes at schools,” she said. – Natsuko Fukue, Agence France-Presse / Rappler.com