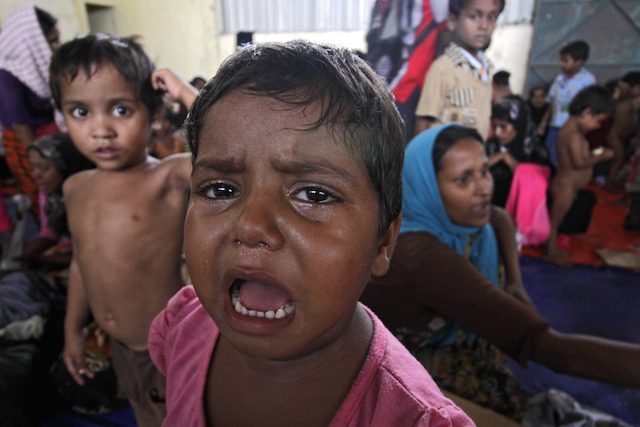 The rights group claimed to have evidence Australian officials were involved in “transnational crime” and had abused asylum-seekers in its report “By Hook or By Crook”.

Under the conservative government’s Operation Sovereign Borders policy, asylum-seekers attempting to enter Australia by boat are turned back or sent to detention camps on Nauru or Papua New Guinea.

They are blocked from resettling on the mainland, even if found to be genuine refugees – a policy that has drawn international criticism, but which Canberra argues saves lives by deterring boat people.

Immigration Minister Peter Dutton rejected Amnesty’s report – which follows previous accusations Australian authorities had paid off people-smugglers – as a “slur” and said the country complied with domestic and international law.

“People on intercepted vessels are held lawfully in secure, safe, humane, and appropriate conditions by the personnel of the Australian Border Force (ABF) and the Australian Defense Force (ADF),” his spokesman said.

“To suggest otherwise, as Amnesty has done, is to cast a slur on the men and women of the ABF and ADF.”

Amnesty claimed there had been “criminal activity by government officials, including pay-offs to boat crews and abusive treatment of women, men and children seeking asylum.”

It cited witness testimonies from asylum-seekers, boat crew and Indonesian police that claimed Australian officials in May paid US$32,000 to 6 crew members who were taking 65 asylum-seekers to New Zealand, to get them to return to Indonesia instead.

Australian officials endangered the lives of the people seeking asylum by transferring them to different boats that did not have enough fuel, Amnesty said.

It also suggested Australian officials paid money to the crew of another boat turned back in July.

“Amnesty International and many others have documented an alarming pattern of abusive and illegal pushbacks by the Australian authorities,” the rights group said.

“Such turnbacks violate the principle of non-refoulement, which says refugees cannot be sent back to countries where they are at risk, and also deny people the right to have their asylum claims assessed.”

The group called for a public inquiry to investigate allegations of “criminal and unlawful acts committed by Australian government officials”.

Canberra has said its hardline immigration policy is necessary to stop asylum-seekers from dying at sea, with no successful boat arrivals since August last year.

Under the previous Labor government, at least 1,200 people died trying to reach Australia by boat between 2008 and 2013. – Rappler.com