Russia skeptical of ISIS claim it shot down airliner over Egypt 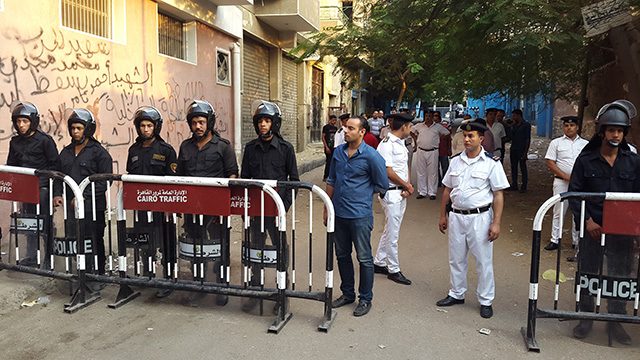 MOSCOW, Russia – Moscow said Saturday, October 31, that it was sceptical of claims by the Egyptian affiliate of the Islamic State of Iraq and Syria or ISIS that it downed a Russian passenger jet in the Sinai Peninsula, killing all 224 people onboard.

“We are in close contact with our Egyptian colleagues and aviation authorities in the country. At present, they have no information that would confirm such insinuations,” he added.

The Russian airliner carrying 224 people crashed in a mountainous part of Egypt’s Sinai Peninsula, killing all on board, Egyptian security and medical officials said.

The plane with 214 Russian and 3 Ukranian passengers, and 7 crew, had taken off from the Red Sea resort of Sharm el-Sheikh in the south Sinai bound for Saint Petersburg. It lost contact with air traffic control 23 minutes later. – Rappler.com