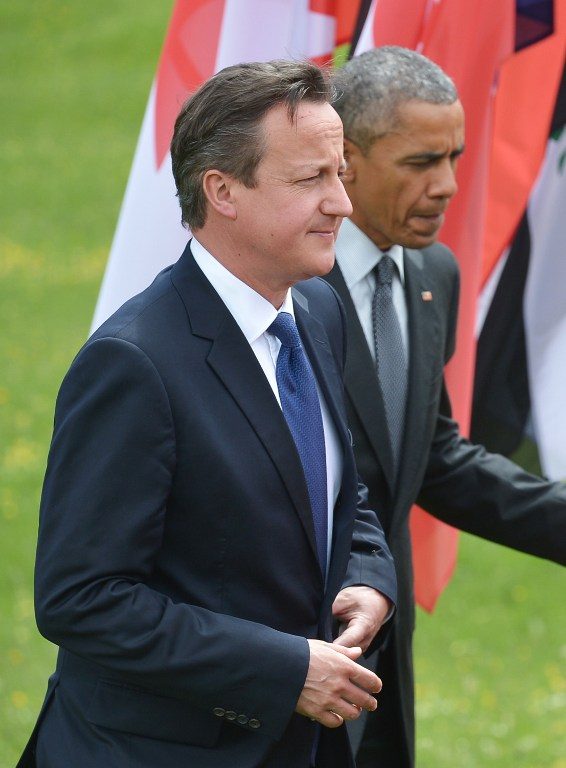 LONDON, United Kingdom – US President Barack Obama and British Prime Minister David Cameron raised the possibility Thursday, November 5, that a bomb brought down a Russian plane that crashed over Egypt’s Sinai Peninsula, undermining efforts by Cairo and Moscow to downplay the suggestion of an attack.

With concerns over security mounting, a number of European airlines readied to bring home thousands of tourists from the Red Sea resort of Sharm el-Sheikh, where the ill-fated plane departed from last Saturday.

“I think there is a possibility that there was a bomb on board and we are taking that very seriously,” Obama told a US radio station, while emphasizing it was too early to say for sure.

In London, where Cameron was hosting Egyptian President Abdel Fattah al-Sisi, the British premier told reporters it was “more likely than not that it was a terrorist bomb” that caused the crash.

The Islamic State (IS) jihadist group has claimed responsibility for the disaster, in which the Saint Petersburg-bound jet crashed after taking off from Sharm el-Sheikh, killing all 224 mainly Russian tourists on board.

But Egypt’s civil aviation minister Hossam Kamal said there was “yet no evidence or data confirming the theory” of an attack and the Kremlin has dismissed the notion as “speculation.”

Russian President Vladimir Putin, who has authorised strikes against fighters including IS militants in Syria, said assessments of the crash should be based on the “ongoing official investigation,” according to the Kremlin.

Sisi sought to use his trip to London Thursday to allay fears over the safety of tourists in his home country after several nations suspended flights to and from Sharm el-Sheikh — leaving holidaymakers stranded while officials assessed security at the airport.

There is no global or European blanket ban and some flights have continued from the airport, but France and Belgium have warned citizens against travelling to Sharm el-Sheikh and Britain advises against all but essential travel by air to or from the resort.

Outbound flights from Britain to Sharm el-Sheikh remain suspended but the British government authorised flights to resume from the resort on Friday to bring home an estimated 20,000 British tourists – but passengers will only be allowed to carry hand luggage.

“The government has decided, in consultation with the airlines, that flights from Sharm to the UK will resume tomorrow,” a spokeswoman for Cameron said.

“The additional security measures will include permitting passengers to carry hand baggage only and transporting hold luggage separately.”

British airlines easyJet and Monarch said they would lay on extra flights to get customers home.

Charter flight operator Thomson Airways said the flights would “operate under special security measures mandated by the UK Government” with no hold luggage allowed on the plane.

Joining a string of airlines in avoiding Sharm el-Sheikh, the Lufthansa Group announced its subsidiary Eurowings would halt flights between Germany and the Red Sea resort, and said it would cooperate with the German foreign ministry and tour operators to repatriate holidaymakers.

Turkish Airlines also cancelled two flights despite insisting earlier Thursday that it would continue flying to the resort.

Flight KGL9268, was flying at altitude of 30,000 feet (9,150 meters) when it lost contact with authorities, 23 minutes after take-off from Sharm el-Sheikh to Russia’s second city.

Experts say the fact that debris and bodies were strewn over a wide area indicates the aircraft disintegrated in mid-air, meaning the crash was likely caused by either a technical fault or an explosion on board.

IS, in claiming responsibility for the crash, said Wednesday it would reveal how at a time of its choosing.

If confirmed, it would be the first time IS, which controls large areas of Syria and Iraq, has bombed a passenger plane. It has the potential to deeply damage Egypt’s tourism industry, still struggling to recover from a turbulent few years following the revolution of 2011. – Robin Millard and Mona Salem, AFP/Rappler.com