Pope Francis on Paris attacks: ‘This is not human’ 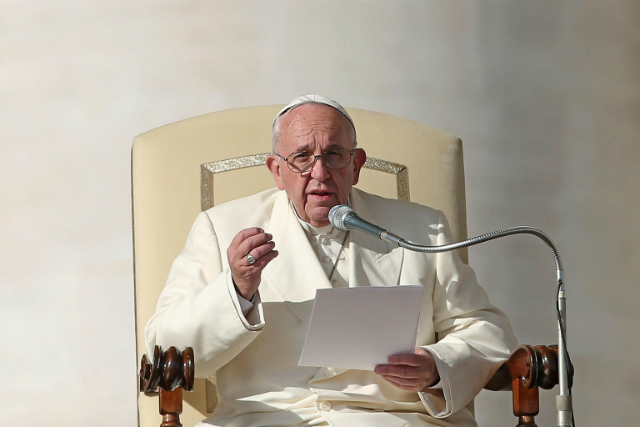 “There is no religious or human excuse for this. This is not human,” Francis said in a message in Italian, as translated by Catholic News Service Rome bureau chief Cindy Wooden.

#PopeFrancis on #Paris: There is no religious or human excuse for this. This is not human.

The Pope added: “I am moved and pained. I don’t understand, but these things are hard to understand. How can human beings do this?”

Vatican Radio said Francis made these statements in a phone interview on Saturday with TV2000, the official television network of the Italian Bishops’ Conference.

The terrorist group Islamic State (ISIS) on Saturday claimed responsibility for the multiple attacks in Paris, according to a statement posted online.

Witnesses said the attackers shouted “Allahu akbar” (“God is greatest”) and blamed France’s military intervention in Syria as they sprayed bullets into the crowd watching US rock band Eagles of Death Metal.

In his interview with TV2000, Francis was also asked if the tragedy in Paris is part of the “piecemeal Third World War,” which the pontiff cited many times in the past.

“This is a piece of it,” Francis said, according to Vatican Radio.

The Pope already mentioned the “piecemeal” Third World War in an in-flight news conference from South Korea to Rome on August 18, 2014.

Francis said back then: “Today we are in a world at war everywhere!  Someone told me, ‘You know, Father, we are in the Third World War, but it is being fought ‘piecemeal.’  Do you understand?  It is a world at war, where these acts of cruelty take place.”

In a separate statement, Vatican spokesman Fr Federico Lombardi said, “We are shocked by this new manifestation of maddening, terrorist violence and hatred which we condemn in the most radical way together with the Pope and all those who love peace.

“We pray for the victims and the wounded, and for all the French people. This is an attack on peace for all humanity, and it requires a decisive, supportive response on the part of all of us as we counter the spread the homicidal hatred in all of its forms,” Lombardi added. – with reports from Agence France-Presse/Rappler.com