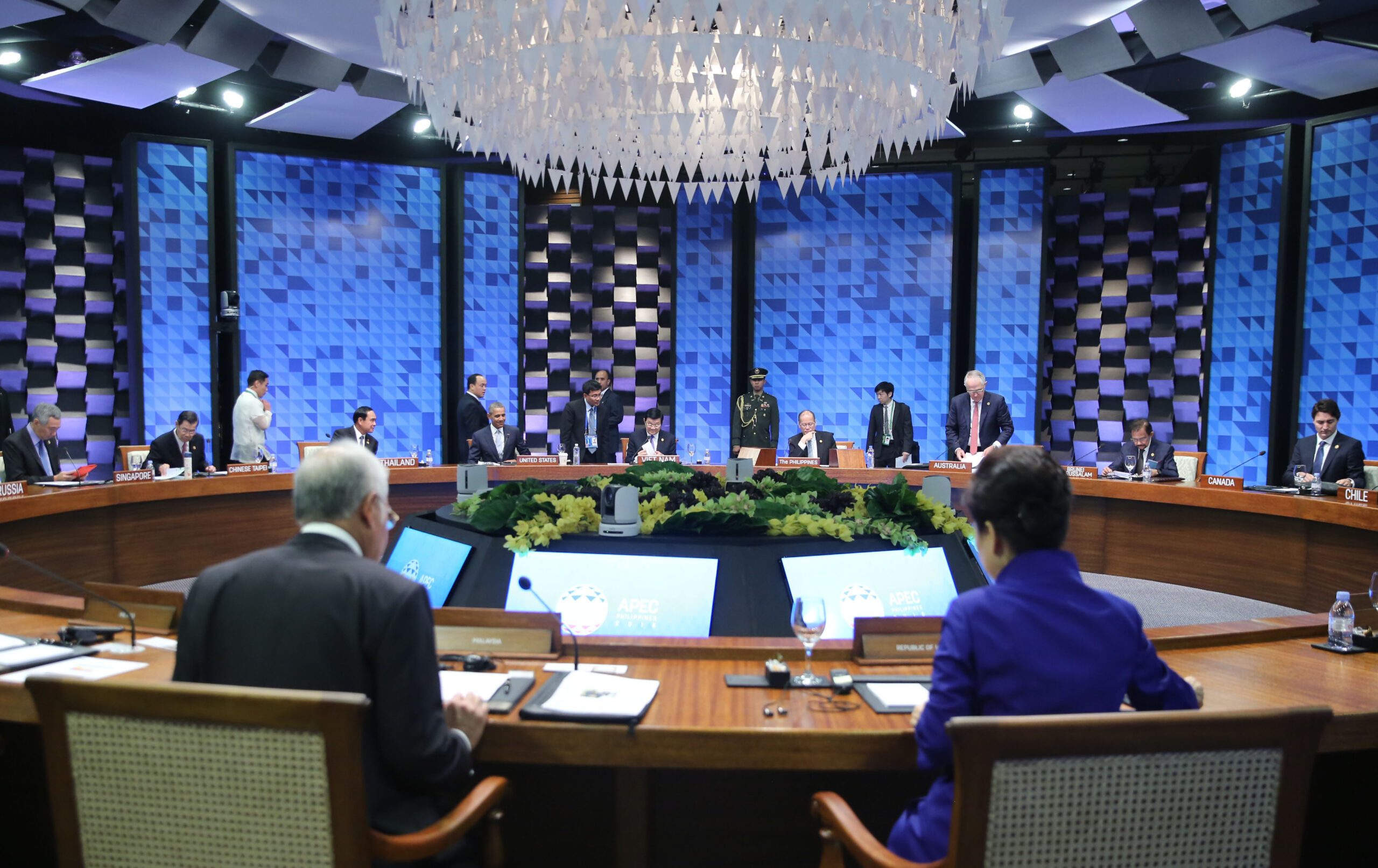 MANILA, Philippines – The leaders of the member-economies of the Asia-Pacific Economic Cooperation (APEC) vowed to help reach a fair and “durable” global climate accord in the upcoming United Nations climate conference.

With the landmark COP21 conference coming up in two weeks, APEC leaders said they are “firmly committed to achieving a fair, balanced, ambitious, durable, and dynamic agreement.”

This year’s APEC Leaders’ Declaration released Thursday, November 19, committed to reduce energy use and increase renewable energy sources in the next 15 to 20 years, and to decrease subsidies on fossil fuels use.

“We therefore reaffirm our aspirational goals to reduce aggregate energy intensity by 45% by 2035 and double renewable energy in the regional energy mix by 2030 to achieve sustainable and resilient energy development within the Asia-Pacific,” the declaration said.

The COP21 Paris climate conference aims to achieve a legally-binding deal that will curb greenhouse gas emissions, in hopes of putting the brakes on global warming before it reaches dangerously alarming levels.

The pledge of the APEC leaders forms part of the declaration’s commitment to “building sustainable and resilient communities,” one of the priorities host country Philippines pushed for this year.

The declaration’s section on sustainability and resilience focused on the member-economies’ pledges on how the region can adapt to increasing number of natural disasters.

“It has become a ‘new normal’ for us to face natural disasters of increasing frequency, magnitude and scope, and their resulting disruption of the increasingly integrated and interlinked production and supply chains,” the declaration read.

The declaration also touched on building financial resilience; increased scientific and technical cooperation and coordination before, during, and after disasters and pandemics; and an emphasis on sustainable agriculture, food security, food safety, and nutrition.

Biodiversity was also part of the commitments, with the APEC members also pledging to promote sustainable forest management and combating deforestation, as well as combating illegal wildlife trade.

The declaration summed up agreements made in the entire year the Philippines hosted APEC, and concluded the annual meeting of the leaders.

In the declaration, the leaders called for increased global cooperation to fight terrorism, and said that the regional bloc’s goals of economic growth, prosperity, and opportunity are “among the most powerful tools to address the root causes of terrorism and radicalization.” – With reports from Ayee Macaraig/Rappler.com