#APEC2015: Most talked about stories Facebook Twitter Copy URL
Copied
Here's what our followers shared, read, discussed, and reacted to the most during APEC week

MANILA, Philippines – The country took its turn on the world stage this month as it hosted the Asia-Pacific Economic Cooperation (APEC) 2015 summit, the region’s most influential trade forum.

The APEC summit received mixed reactions from netizens – some of them proud of the Philippines’ hosting, others swooning over the so-called #APEChotties, and many complaining about the heavy traffic caused by the event.

Throughout the week, Rappler gave the public front-row seats to the high-level summit, with blow-by-blow reports, live streams, and behind-the-scenes updates.

Here is a list of topics and stories that our followers shared, read, discussed, and reacted to the most.

The high-profile week may have been a holiday for Metro Manila dwellers, but for those who still had to work and leave home, the first few days of APEC 2015 were a nightmare.

On Monday, November 16, some of the busiest roads in Manila were closed or had special lanes exclusive to APEC delegates and guests who were lucky (or notable enough) to secure a car pass. This, as expected, caused heavy traffic all over the metro and a lot of commuters were left with no choice but to walk long distances to their offices or homes. Disgruntled citizens took to social media to air their rage about the inconvenience that the closure of roads brought. One photo went viral for capturing the hassles caused by APEC’s security measures. (READ: VIRAL: Photo captures how APEC inconveniences motorists)

However, it wasn’t all bad. Stories of good deeds on the road traveled just as fast on social media. For instance, some motorists gave free rides to stranded commuters. (READ: VIRAL: Filipinos counter APEC traffic woes with good deeds)

Thank you Lord I'm home! Walked from MOA to Coastal Mall Bus Terminal only to find out na walang bus at sobrang daming…

20 other APEC leaders visiting the Philippines all at once is a rare sight and Rappler’s live broadcast of their arrival has been widely shared and viewed on social media.

Topping the list of our most viewed videos is the arrival of new Canadian Prime Minister Justin Trudeau, with more than 1.2 million views as of this writing.

Canadian Prime Minister Justin Trudeau arrived in Manila on Tuesday evening, November 17, to join other leaders at the…

Filipinos were also excited to see Air Force One land on Philippine soil as United States President Barack Obama arrived for the summit. The video now has more than 600,000 views.

The arrival of Chinese President Xi Jinping in the Philippines was also a hot topic among Filipino netizens because of the South China Sea (West Philippine Sea) dispute. Rappler’s video of an ‘awkward’ moment between President Benigno Aquino III and President Xi also went viral, with more than 400,000 views and 1,800 shares on Facebook alone.

Flights were cancelled, traffic rerouted, and hearts stolen by two of the high-profile guests. 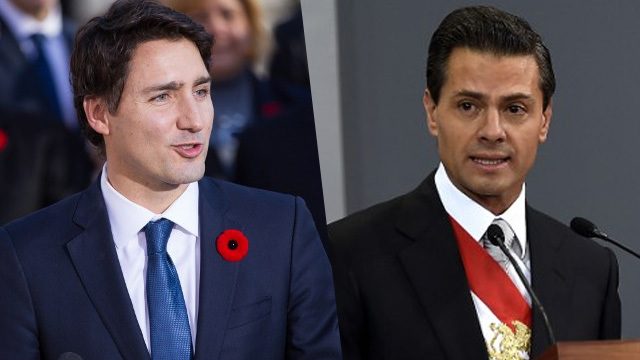 Not only did Prime Minister Trudeau top Rappler’s arrival videos list, his photos and quotes were some of the most widely shared during our APEC coverage. One post got more than 10,000 reactions on Facebook, and almost 800 shares.

Canadian Prime Minister Justin Trudeau on why he doesn’t want to be bound by a deadline in dealing with ISIS.

Even the media got caught up in the Trudeau frenzy.

Journalists in a mad rush to get a good view of Canada Prime Minister Justin Trudeau after his press conference at the International Media Center. Full story: http://bit.ly/1QPGJMH

Also famous among the ladies is President Peña Nieto, whose ‘farewell’ photo alone got a flood of ‘hearts’ in the comments.

The Mexican President, who was also in Manila for a state visit, drew attention as well when the infamous Torre de Manila condominium ‘photobombed’ his official visit to the Luneta park. (READ: Torre de Manila photobombs APEC leader’s tribute in Luneta) 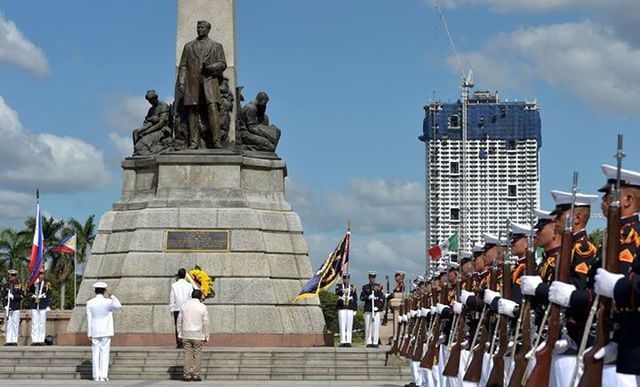 While many netizens are swooning over the two, some criticized the #APEChotties hashtag.

On #APECHottie: Is the reaction harmless, or should we be concerned?

#APECHottie? Are you kidding me? Ano ba ito, pageant?

#APEChottie trend shows backwardness Proof that in PH the only vibrant industry we have is showbiz industry. We showbiz everything.

Others, however, simply dismissed it as the Filipinos’ natural optimism and tendency to look on the bright side.

#APEChottie is an example of that wonderful Filipino trait where, despite being screwed over by circumstances, we find a reason to be happy.

Trudeau also said his popularity will allow Canada to highlight the issues it wants to focus on.

The success or downfall of the summit also depended on the unsung personnel responsible for protecting the world’s VIPs: the cops. That is why Rappler’s story on the HK Sun Plaza warehouse immediately went viral as netizens demanded an explanation for the ‘poor’ accommodations given to over 3,000 cops assigned to keep the summit safe and secure.

The public also thanked the policemen for their sacrifice.

And, finally, Rappler’s most viral post – our shareable wrap of the Philippines’ talks with fellow APEC members on the sidelines of the summit. Our Facebook album has more than 33,000 shares and counting.

Several bilateral talks were held on the sidelines of the Asia-Pacific Economic Cooperation Summit in Manila. Here's a…

Throughout the APEC week, our readers shifted from one topic to another in a heartbeat. But ultimately, a lot are really concerned about whether or not it was worth all the hullabaloo. What exactly did the Philippines get out of hosting the summit? That’s still up for debate, but we can all agree on one thing: we just got through one heck of a week.