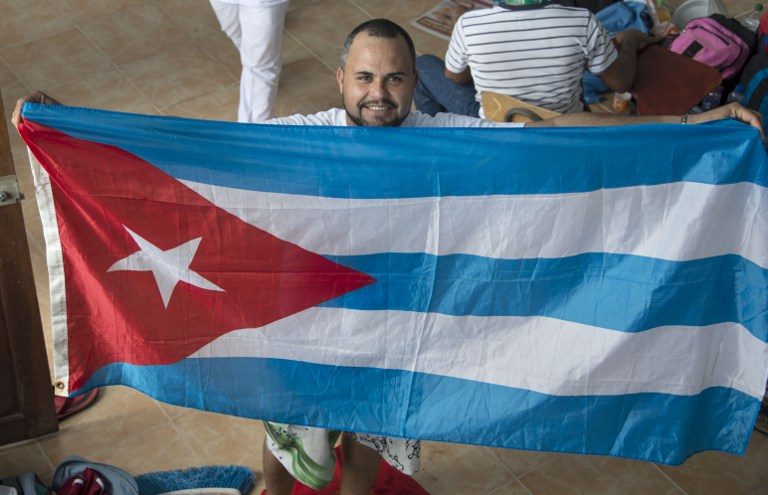 “One country, Nicaragua… blocked the possibility of reaching a reasonable agreement,” Foreign Minister Manuel Gonzalez told reporters as he left the talks in El Salvador.

The impasse means that nearly 3,000 Cubans aiming to travel through Central America to get to the United States remain stuck in Costa Rica.

They have been prevented for more than a week by from crossing over the border by Nicaraguan soldiers and police. Hundreds more arriving Cubans swell their number each day.

In the talks Tuesday, first between Central American ministers then broadened to include ministers from Cuba, Mexico, Colombia and Ecuador, Nicaragua rejected calls for a “humanitarian corridor” for Cubans through its territory.

Its deputy foreign minister, Denis Moncada, said the decision to close the border to the Cubans was “unalterable.”

Its stance prompted Costa Rica to accuse Nicaragua of “intransigence.”

Gonzalez said: “I express my regret for the lack of results after this long day.”

He said some countries participating sought to use the Cuban issue to highlight the difficulties many Central American nationals have in migrating to the United States.

Nicaragua, a Cuban ally, has accused Costa Rica, a pro-US country, of meddling in its “sovereignty” by providing the migrants with transit visas and demanding they be let through.

“Nicaragua confirms its position of not supporting the legitimization of illegal policies,” Deputy Foreign Minister Denis Moncada told the first meeting of ministers.

He said Nicaragua “demands the Costa Rican government take all appropriate measures to withdraw all (the Cubans) from our border zones.”

Moncada also blamed the United States for the situation, demanding Washington engage in “dialogue and respect” with Latin America and the Caribbean.

The Cubans have made it clear their only goal is to make it into the United States, which has a longstanding policy of giving asylum to any from the Communist island that set foot on US soil.

There is fear among many Cubans wanting to take refuge in America that the policy could soon be scrapped under a thaw between Washington and Havana announced nearly a year ago.

With the US Coast Guard sending back Cubans picked up in the Florida Straits, there has been a surge in the number of Cubans trying to make the trip overland.

Many are flying each week to Ecuador, which does not require visas from Cubans, then make their way through Colombia, Panama and Costa Rica with the goal of moving through Nicaragua and the rest of Central America into Mexico then over the US border.

They often use bribes and smugglers on the journey, but a recent crackdown on a human-trafficking ring in Costa Rica left hundreds stranded and penniless.

For the Costa Rican foreign minister, the situation has become “critical,” threatening to turn into “a serious humanitarian crisis in the region.” – Oscar Batres and Carlos Mario Marquez, AFP / Rappler.com