US Planned Parenthood shooter spoke of ‘no more baby parts’ 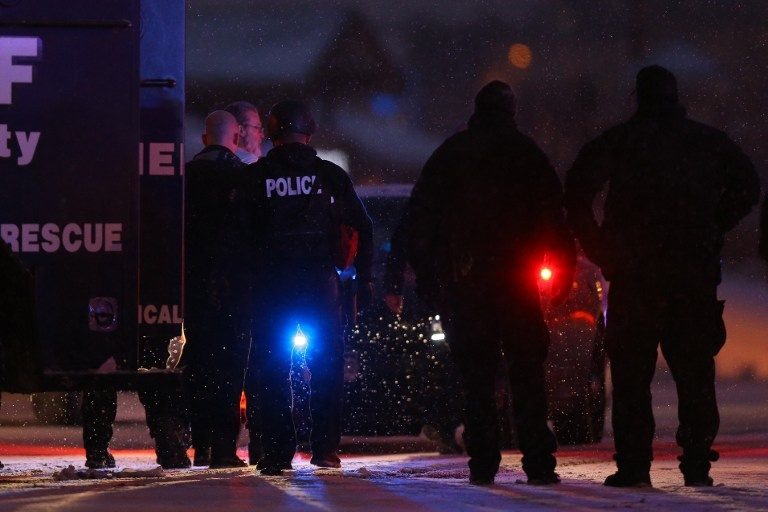 WASHINGTON, United States – A suspected shooter reportedly spoke of “no more baby parts” after his arrest following a five-hour siege of a family planning clinic in Colorado Springs that left three people dead, including a police officer.

Details began to emerge Saturday, November 28, about what may have driven the suspect, Robert Lewis Dear, 57, to enter the Planned Parenthood clinic with a high-powered rifle on Friday and fire on police and civilians outside the building.

The clinic performs abortions – a highly emotive and divisive issue in America.

The agency came under intense scrutiny earlier this year over videos purportedly showing that it was involved in trafficking fetal organs and tissue – allegations that it has vehemently denied. Dear also mentioned President Barack Obama, so the sources told NBC that it was unclear whether he targeted the clinic because of abortions.

However for Vicki Cowart, president and CEO of Planned Parenthood Rocky Mountains, the connection was clear.

“Eyewitnesses confirm” that Dear “was motivated by opposition to safe and legal abortion,” Cowart said.

“This is an appalling act of violence targeting access to health care and terrorizing skilled and dedicated health care professionals.”

Reacting to the shooting, Obama made an impassioned call for tighter controls on military-style weapons.

“This is not normal. We can’t let it become normal,” a frustrated Obama said.

“If we truly care about this … then we have to do something about the easy accessibility of weapons of war on our streets to people who have no business wielding them.

It has 700 clinics around the United States and has been violently targeted before.

“We’ve seen an alarming increase in hateful rhetoric and smear campaigns against abortion providers and patients over the last few months. That environment breeds acts of violence,” Cowart said.

“We should not have to live in a world where accessing health care includes safe rooms and bullet-proof glass.”

Police and officials said little about Dear, who appeared in police booking photos with a bushy gray beard.

But US media described him as a seemingly troubled loner who had had several previous but minor brushes with the law.

The Colorado Springs Gazette said he had arrest records in South and North Carolina on misdemeanor charges, and said he also faced peeping Tom charges in 2002 in South Carolina that were dismissed.

Mayor John Suthers, who along with police and other officials watched the drama unfold on the clinic’s security cameras, paid tribute to police for hauling in the gunman without further bloodshed.

The wounded included five police, but none suffered serious injury.

Dear entered the Planned Parenthood building before noon Friday and started shooting from a window.

Several people managed to flee the building, running out into the snowy street, while others hid in the sanctuary of a clinic safe room.

Police said 24 people who at one point were held hostage were evacuated unharmed.

“We are in mourning today,” Suthers told a news conference, saying that police, particularly SWAT teams, were “responsible for saving many, many lives.”

The dead policeman was identified as Garrett Swasey, 44, a campus officer at the University of Colorado at Colorado Springs.

Officials were expected to name the two other dead on Monday.

Planned Parenthood insists that the videos were doctored, and warned that they would encourage acts of violence.

Anti-abortion lawmakers cited the videos as proof that Planned Parenthood must be shut down, but failed in their attempt to cut off federal funding in September and October.

On Saturday Daleiden, through his group the Center for Medical Progress, tried to distance himself from the shooting.

The group said it “condemns the barbaric killing spree in Colorado Springs by a violent madman,” and “applaud the heroic efforts of law enforcement to stop the violence quickly and rescue the victims.” – Carlos Hamann, Agence France-Presse / Rappler.com