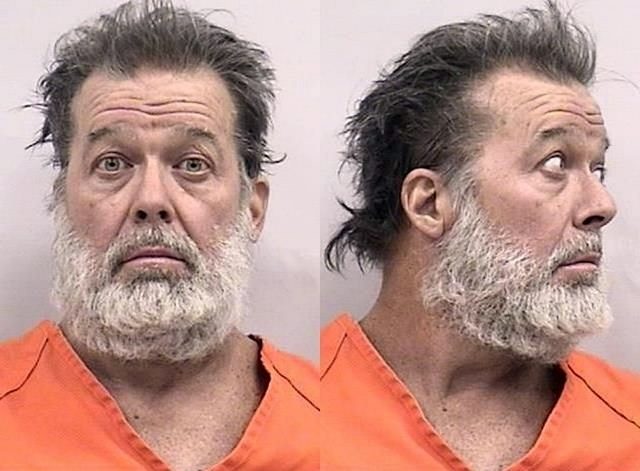 Facebook Twitter Copy URL
Copied
Robert Lewis Dear, a bearded drifter who surrendered to police at the scene, is expected to eventually face state charges of murder and attempted murder

DENVER, USA – A man arrested over a shooting spree that killed 3 people and wounded 9 at a family planning center in Colorado Springs in the United States makes his first court appearance on Monday.

Robert Lewis Dear, 57, a bearded drifter who surrendered to police at the scene, is expected to eventually face state charges of murder and attempted murder.

Dear will appear before a judge at the El Paso County Jail and the hearing starts at 1:30 pm (2030 GMT).

Colorado Springs Mayor John Suthers told ABC’s “This Week” talk show on Sunday that police have yet to say what Dear told them during questioning regarding his motive.

When asked if he thought the clinic was the target, Suthers said: “It certainly appears that way.”

Stewart was an Iraq War army veteran and the father of two young daughters, while Markovsky, a Hawaii native, had a boy and a girl. Both were accompanying friends at the clinic, US media reported, citing relatives.

The third victim was previously identified as Garrett Swasey, 44, a campus officer at the University of Colorado in Colorado Springs who had raced to the scene of the shooting.

Swasey was a former top ice skater who trained and became friends with US Olympic skater Nancy Kerrigan.

Several vigils were held over the weekend in Colorado Springs, the state’s second-largest city and a place known for its conservative politics and fundamental religious organizations.

Colorado Springs, which was blanketed by snow as the drama unfolded over several hours into the early evening Friday, is also ringed by 3 military bases and the US Air Force Academy.

President Barack Obama on Saturday declared “enough is enough,” as he called for tighter controls to stop the “easy accessibility of weapons of war” to “people who have no business wielding them.”

‘Damage has been done’

There were also calls for better protection for groups that provide abortions, a procedure that remains highly divisive in the United States.

Planned Parenthood receives some government funding but little of that goes for abortion procedures.

“We need to call the threats of violence and the intimidation of health care providers and patients what it is – domestic terrorism,” Karen Middleton, executive director of NARAL Pro-Choice Colorado, said in a statement.

“More public officials in Colorado and across the country, not just advocacy groups and the people on the frontlines, need to take a stand opposing domestic terrorism and supporting women’s health.”

Joy Garscadden, a long-time Planned Parenthood advocate, told The Denver Post at one vigil: “I don’t know if this guy is anything other than your run-of-the-mill psycho person with easy access to weapons.

“It doesn’t matter. The damage has been done.”

Planned Parenthood of the Rocky Mountains CEO and president Vicki Cowart praised the 15 clinic employees “who did what they needed to do to protect everyone in the building.”

The clinic had been targeted by repeated protests and had a sophisticated security system in place that police were able to tap into to follow the gunman inside the building, said Suthers, the mayor.

The shooting was the second in weeks in Colorado Springs to leave several victims.

On Halloween, a man armed with a semi-automatic rifle, a revolver and a pistol gunned down a bicyclist and two women at a house for women fighting alcoholism and drug abuse.

He was killed shortly after in an exchange of gunfire with police. – Jeanie Stokes, AFP/Rappler.com