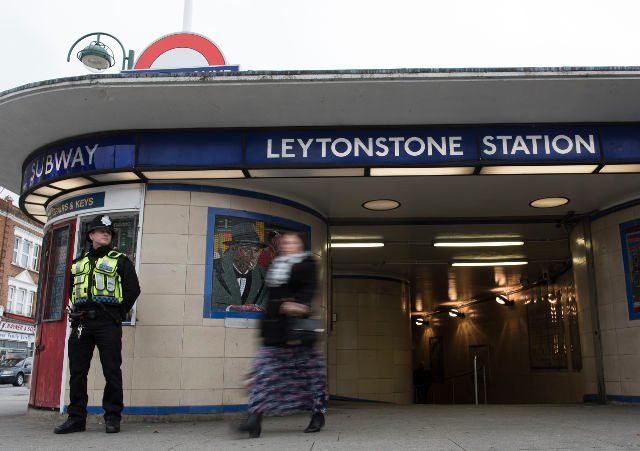 LONDON, United Kingdom – British counter-terror police on Sunday, December 6, charged a 29-year-old man with attempted murder after a stabbing attack in a London Underground train station that is being treated as a “terrorist incident”.

The suspect, 29-year-old Muhaydin Mire, is due to appear at Westminster Magistrates’ Court later on Monday, London’s Metropolitan Police said in a statement.

Amateur video footage of the incident showed one passer-by shouting “You’re no Muslim” at the suspect, as he was pinned down by officers in the ticket hall, where a pool of blood could be seen on the ground.

“He was saying something about Syria. To be honest he just looked crazy, he just had a crazy look in his eye,” David Pethers, a man who claimed to have tackled the attacker, told Britain’s Daily Mail newspaper.

Other media outlets reported the suspect shouted “This is for Syria” although the phrase is not evident in footage circulating online.

“As a result of information received at the time from people who were at the scene and subsequent investigations carried out by the CTC, I am treating this as a terrorist incident,” said Richard Walton, the head of the police unit.

Saturday evening’s attack came at the end of a week in which the British parliament voted to extend air strikes on the Islamic State (ISIS) jihadist group from Iraq into Syria.

The stabbing also came less than a month after the November 13 terror attacks in Paris, claimed by ISIS, that killed 130 people.

Police said the stabbing victim was in a stable condition in an east London hospital.

The attacker may have arrived at the station by train, said a passenger who arrived at Leytonstone shortly before the attack and had seen a man fitting the suspect’s description.

“I don’t know if it was the same gentleman that they caught, but he was very aggressive, he was a bit angry, shouting, abusing… he was on the train,” a woman who gave her name only as Christina told AFP.

Amateur video shows a pool of blood and bloody footprints at the ticket gates of the suburban station.

Shouts are heard as the suspect is seen remonstrating with people before swinging at one of them.

“Who is this idiot?” one onlooker says of the suspect, adding: “Yes! Stupid idiot,” after the man is Tasered.

Officers shout “Put the knife down!” and “Drop it now!” at the stunned man, who drops the short-bladed knife as he quivers on the ground.

The dismissive retort was the top trending hashtag in both London and the whole United Kingdom, with Twitter user Russburt writing: “One man does more for community cohesion with one sentence than any government initiative.”

Sociologist Craig Morris added: “One sentence pushes away extremists and unites everyone else. This is our stance now. Great.”

Salim Patel, 59, who runs a shop at the station, said: “I saw the guy attacking the victim, punching him so hard. The victim was screaming ‘please, somebody help me. Help’.

“The attacker started kicking him on the floor. I think the victim was unconscious, he passed out. Then the attacker took a knife out and started stabbing him as he lay on the floor.”

Terrorism expert Raffaello Pantucci said that although it was too early to say anything definitive about the incident, it was likely the suspect was a so-called “lone wolf” attacker.

Pantucci also said the speed with which police had labelled the attack a terrorist incident made it likely the attacker had linked his actions to Syria.

London’s transport system was hit in July 2005 by a series of suicide bomb attacks that killed 52 people. – Robin Millard, AFP/Rappler.com