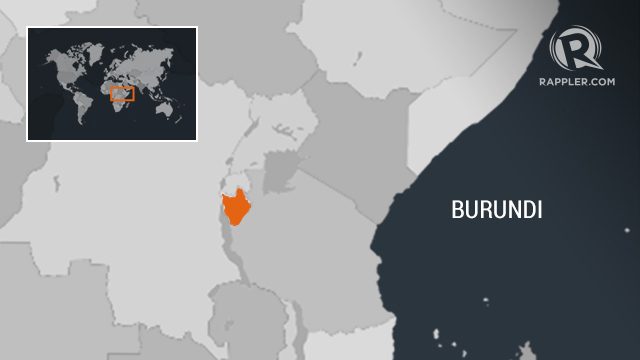 NAIROBI, Kenya – At least 39 dead bodies were seen lying in the streets of the Burundi capital, Bujumbura, on Saturday, December 12, witnesses said, a day after coordinated armed assaults on 3 military bases.

Witnesses and journalists in Nyakabiga, a hotspot neighborhood for anti-government protests in recent months, reported seeing at least 20 corpses, some apparently shot at close range. Other witnesses reported further bodies seen lying in streets in other parts of the city.

One witness described some of the victims as “kids” and said they had been shot execution-style “through the top of the skull”.

“It is an absolute horror, those who committed this are war criminals,” the witness told the Agence France-Presse (AFP).

In the neighbouring Rohero II at least 5 dead bodies – again young people – were found on the main road, residents said.

In Musaga, close to a military college that was attacked by armed men early on Friday, a local official said there were more than a dozen corpses in the streets. “I have counted 14 dead bodies with my own eyes,” he said, blaming “soldiers and police” for the killings.

Several residents contacted by AFP accused the police of rounding up young men after Friday’s attacks and executing them.

“Most of those killed are young heads of households who were at home… it’s carnage, there is no other word for it,” said an outraged resident of Nyakabiga.

Burundian officials could not be reached for comment early on Saturday. – Rappler.com