Are air passengers just too whiny or are airlines really to blame?

Dec 14, 2015 5:51 PM PHT
Cameron Gordon
Facebook Twitter Copy URL
Copied
Lower prices have created much more demand for air travel, leading to congestion and more delays - by-product of the industry’s success. So should we pity the airlines or are passenger complaints justified? 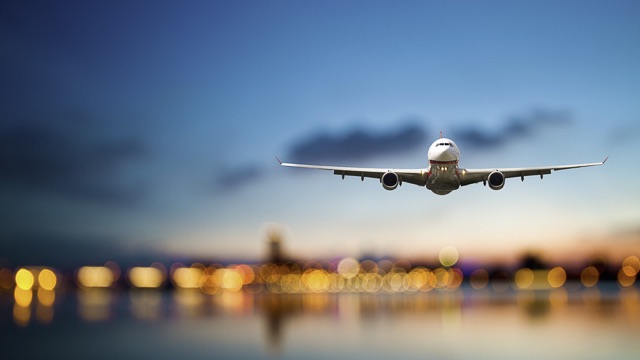 Decades ago, airline travel was considered a glamorous and exciting mode of transport, reserved for the rich and elite.

A 2015 survey by the International Air Transport Association (IATA) found people were prepared to queue no more than 10 minutes through security. More than half wanted to wait no more than 1-3 minutes to drop off their luggage. But the real dissatisfaction began once passengers were onboard, with in-flight service and seat size topping the list of complaints.

What is the source of this dissatisfaction?

The belief that air passengers simply don’t realize how good they have it is growing – and not just among industry advocates, where one would expect it, but also from industry share analysts and some economists.

Since the worldwide deregulation of airlines began 4 decades ago, the inflation-adjusted cost of air travel has fallen dramatically. Now anyone can afford travel to their favorite destination, whenever they want.

Why, then, are consumers such sourpusses?

The problem with customers

Lower prices have created much more demand for air travel, leading to congestion and more delays – by-product of the industry’s success. Then there are those hated security procedures, another source of delays. Again, that is outside airline control.

The main driver of consumer complaint is misperception. Taking a leaf from behavioral economics, air travel for most people is infrequent enough that most people don’t realize the true extent of the fall in cost.

Computer prices, for example, have fallen dramatically over the past 40 years and people buy computers enough to notice and appreciate that. Similar price falls have occurred in air travel, but are less noticed because such travel is generally not as frequent as computer upgrades.

Loss of “perks” like meals is much more noticeable and memorable, something behavioral economists refer to as ‘salience’.

So should we pity the poor airline, hemmed in by fierce competition on the one side and ungrateful consumers on the other?

The problem with airlines

For one thing, the price of air travel should be adjusted for quality of service. Consider computers again. Not only have their prices fallen but they deliver much more than their 1980s predecessors.

But passengers not only have lost free meals or toiletry kits. They also now get increasingly less legroom, narrower seats, less reclining seat pitch, and less service generally at the gate and on the plane.

Airline vendors continually pitch prototype products, such as seats where one does not fully sit down, and airlines continually test policies, like charging for toilet use on-board, that most human beings would find unpleasant at best. If people were indeed just like cargo, unit price for distance covered would be a complete metric. But of course they’re not cargo.

Airlines are also using “big data” collected through booking systems for dynamic pricing (or yield/revenue) allowing them to get maximum revenue from each individual passenger by charging the highest price that passenger is willing to pay, or to induce travelers to fill seats that would otherwise go empty.

Airline analysts claim all this is good for the consumer. Big data by definition equals more information which equals more transparency. Unbundled pricing eliminates “cross-subsidy” of one consumer by another: why should someone with only a carry-on bag, pay the same fare as someone with a full set of checked luggage?

Once more this is a one-sided view. Unbundled pricing is especially disliked by consumers because it is complex, easy to game by the service provider, and often leading to unpredictable pricing at the gate. Most people have been charged an excess baggage fee at the gate, something they were likely not planning on and almost impossible to challenge before embarking.

Consumers like to know what they will be paying but unbundled pricing often turns into “probabilistic” pricing where people pay a certain price only if they don’t cross certain lines. As for “big data” airlines have much more access to its power than consumers do.

We cannot blame profit-making companies to want to squeeze as much out of the consumer as they can subject to competitive pressures. Passengers are still flying and travel demand is growing, showing that despite service quality declines, they’re still willing to fly and at unit distance prices that are still historically low.

But it hardly seems fair that the consumer should like it.

Who do you think is to blame? Let us know by writing your comments below. – Rappler.com

This article was first published on The Conversation. Cameron Gordon is Adjunct Associate Professor of Economics, Centre for Research and Action in Public Health (CeRAPH), University of Canberra