Dec 19, 2015 2:29 AM PHT
Agence France-Presse
Facebook Twitter Copy URL
Copied
The move failed after the lower house of parliament voted 71-24 against it 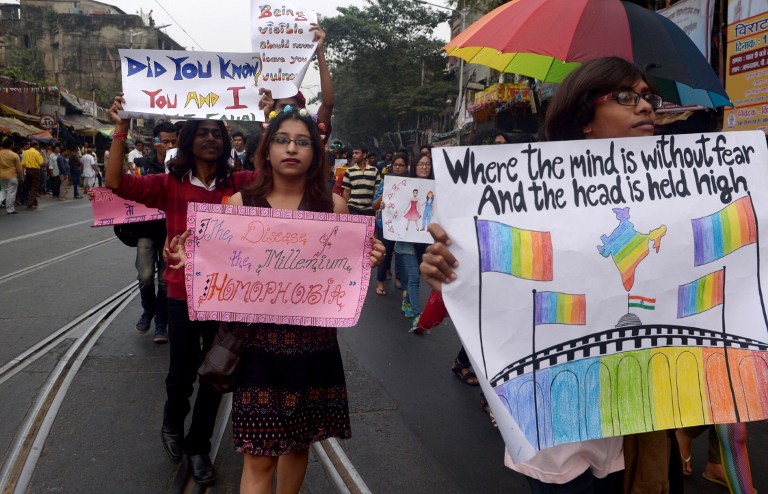 Shashi Tharoor, a lawmaker from the opposition Congress party, sought to table a bill to amend section 377 of the Indian penal code, which bans homosexual acts as “carnal intercourse against the order of nature”.

But the move failed after the lower house of parliament, where Prime Minister Narendra Modi’s right-wing Bharatiya Janata Party holds a majority, voted 71-24 against it, while others walked out.

“This is not about homosexuality as the opposition has caricatured it. It is about freedom, justice, equality of treatment and upholding the values enshrined in our Constitution,” Tharoor told Agence France-Presse.

“This law is from the 1860s and it has no place in the 21st century nor in people’s private lives or in their bedrooms,” he added.

Gay sex was effectively decriminaliszd in India in 2009 when the Delhi High Court ruled that prohibiting it was a violation of a person’s fundamental rights.

But in 2013 India’s Supreme Court restored the colonial-era ban on homosexuality, ruling that the responsibility for changing the 1861 law rested with lawmakers and not judges.

Section 377 of the country’s penal code states that “whoever voluntarily has carnal intercourse against the order of nature with any man, woman or animal shall be punished” with possible sentences including life imprisonment, though prosecutions for same-sex activity have been rare.

The gay community, however, says it faces significant discrimination as well as harassment from the police in socially conservative India.

A former high-flying UN diplomat, Tharoor termed the rejection of his bill as an act of “intolerance” by the lower house.

Tharoor, a member of parliament for the southern state of Kerala, said Friday was only his first attempt to introduce the bill.

“There will be another attempt in which we will be better prepared for the opposition,” he said.