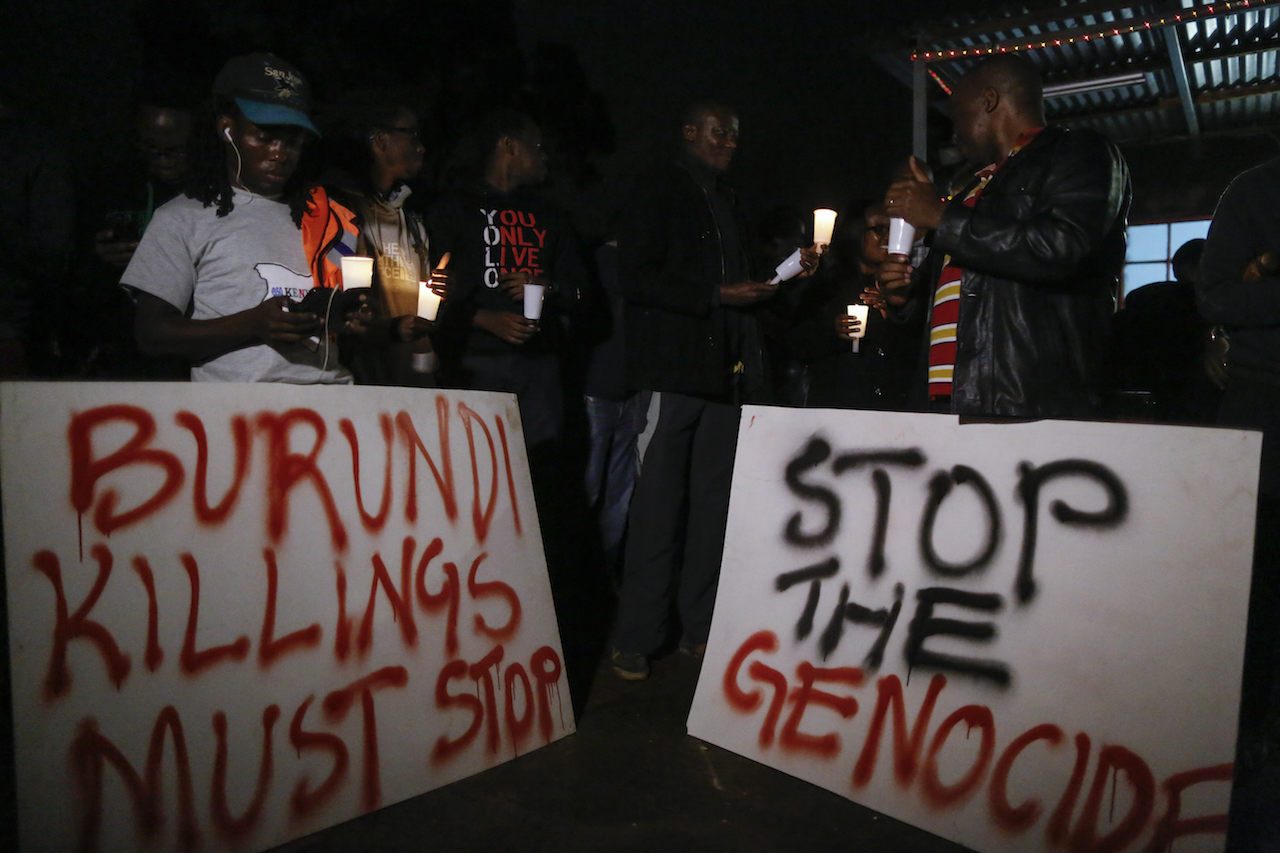 Facebook Twitter Copy URL
Copied
The US sanctions come after some 100 people were killed during and after coordinated assaults on 3 military installations in Burundi's capital, Bujumbura, on December 11

Burundi descended into bloodshed in April, when President Pierre Nkurunziza announced his intention to run for a controversial third term, which he went on to win in July.

More than 300 people have died in the violence and 20,000 have fled their homes across borders to neighboring countries. (READ: US warns citizens to leave Burundi after fighting flares)

The US sanctions come after some 100 people were killed during and after coordinated assaults on 3 military installations in Burundi’s capital, Bujumbura, on December 11.

Targeted in the sanctions are Gervais Ndirakobuca, the chief of staff for Burundi’s Ministry of Public Security; ex-general Leonard Ngendakumana, who participated in an attempted military coup in May; Joseph Mathias Niyonzima, who supported elements of the pro-government militia accused of abuses; and Alexis Sinduhije, a major Burundian opposition military leader.

“The people of Burundi have endured the horrific consequences of this crisis,” said John Smith, a senior Treasury Department official. (READ: African Union deploys military and rights observers to Burundi)

The US sanctions mean that “all property and interests in property of these individuals” under US jurisdiction or controlled by Americans “are blocked, and US persons are generally prohibited from engaging in transactions” with them.

In late November, President Barack Obama slapped sanctions on Burundi’s Public Security Minister Alain Guillaume Bunyoni – the regime’s number two – and 3 others, linking them to the country’s descent into violence.

UN Secretary General Ban Ki-moon warned Wednesday, December 16 that Burundi “is on the brink of a civil war that risks engulfing the entire region.” – Rappler.com