Dec 24, 2015 12:10 AM PHT
Agence France-Presse
Facebook Twitter Copy URL
Copied
In the wake of the Paris attacks, President Francois Hollande calls for emergency powers to be protected from litigation 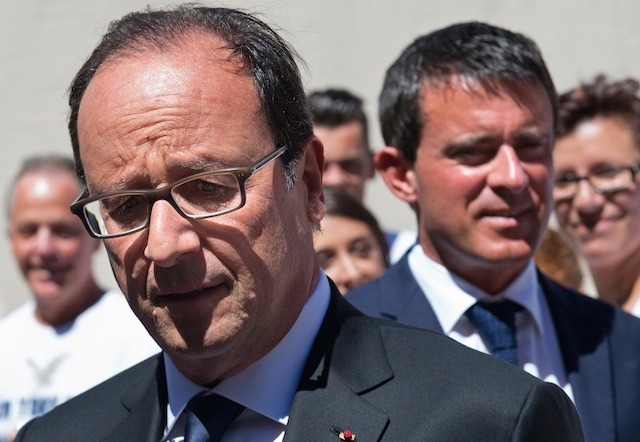 PARIS, France – The French cabinet backed reform proposals on Wednesday, December 23, that could see the state of emergency called after last month’s Paris attacks enshrined in the constitution, prompting criticism from rights groups.

Special policing powers used under the state of emergency – such as house arrests and the right to raid houses without clearance by a judge – are currently based on an ordinary law which can be challenged at the constitutional court.

In the wake of the Paris attacks that left 130 dead, President Francois Hollande called for the emergency powers to be protected from litigation by placing them in the constitution.

“The threat has never been higher,” Prime Minister Manuel Valls told reporters following a meeting of government ministers on Wednesday.

“We must face up to a war, a war against terrorism, against jihadism, against radical Islam,” he said.

The constitutional reforms must now be passed by a three-fifths majority in the upper and lower houses of parliament, where debates will start on February 3.

Valls said latest figures showed more than 1,000 people had left France to join the jihad in Syria and Iraq, of which an estimated 148 had died and 250 returned.

“Radicalized individuals from numerous countries join Daesh (the Arab acronym for the Islamic State group). There are many French speakers and we know that fighters group themselves according to language, to train and prepare terrorist actions on our soil,” he said.

After going back and forth on the issue, the government decided to include the power to strip French citizenship from people convicted of terrorist offenses, if they have another nationality.

There are an estimated 3.5 million French people with a second nationality in the country.

Justice Minister Christiane Taubira had voiced doubts over the citizenship clause and wrongly stated it would be dropped, but was overruled by Hollande.

“Everyone has a right to their doubts, their queries, their questions,” Valls told reporters when asked about Taubira’s position on removing citizenship.

There has been criticism from civil rights groups over the violence of police raids, cases of mistaken identity and people losing their jobs because they were placed under house arrest.

Amnesty International said the constitutional reforms were “deeply worrying” and added to an “already extensive and sometimes disproportionate arsenal” of measures.

“The government cannot undermine the rule of law and violate the very human rights it is trying to protect: freedom of expression, freedom of movement and non-discrimination,” said Gauri van Gulik, Amnesty’s Europe director.

More than 3,000 raids have taken place since the November 13 attacks in Paris, leading to 360 house arrests and 51 people jailed.

An environmental activist has already challenged the right to conduct house arrests, although the court ruled Tuesday that they were allowed under state of emergency rules.

Interior Minister Bernard Cazeneuve said Tuesday that 3,414 people had been turned away since France took back control of its borders, which is permitted under European rules in special circumstances, in the wake of the attacks.

They were refused entry “due to the risk they present to security and public order,” Cazeneuve said. – Eric Randolph, AFP/Rappler.com