Obamas and their dogs send festive cheer to Americans 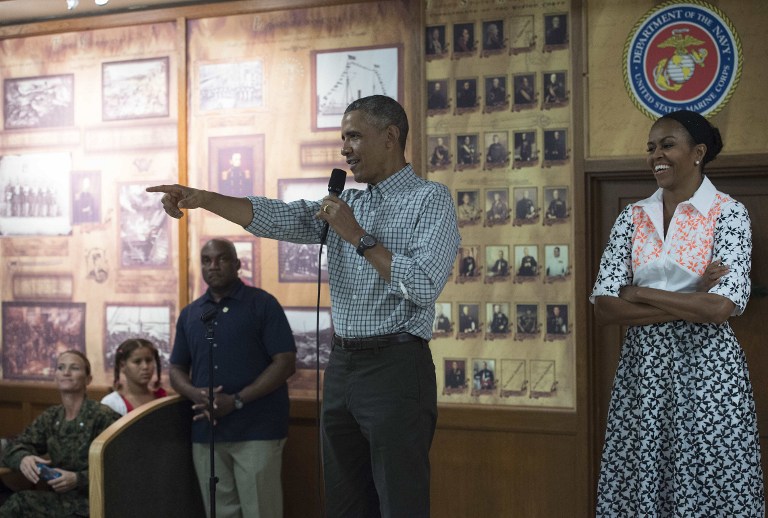 The Obamas, who are currently on holiday in the president’s home state of Hawaii, called for compassion and caring, and for the people of the United States “to come together as one American family.”

“During this season, we also honor all who defend those values in our country’s uniform. Every day, the brave men and women of our military serve to keep us safe -– and so do their families,” said the president, a sentiment echoed by the first lady.

But there was also a light-hearted theme.

“This is one of our favorite times of the year in the Obama household, filled with family and friends, warmth and good cheer,” said the president.

“That’s even true when I spend all night chasing Bo and Sunny away from the cookies we leave for Santa,” he added, referring to the first family’s dogs.