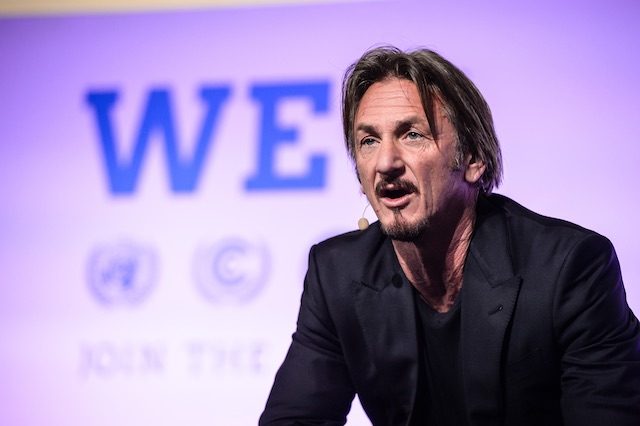 Facebook Twitter Copy URL
Copied
White House chief of staff Denis McDonough tells CNN that Penn's meeting with Guzman 'poses a lot of interesting questions for him and others involved in this so-called interview. We'll see what happens.'

MEXICO CITY, Mexico – Sean Penn’s interview with drug lord Joaquin “El Chapo” Guzman caused a cross-border uproar on Sunday, January 10, with Mexican authorities seeking to question him while US critics lashed out at the American actor.

A federal official told Agence France-Presse that the attorney general’s office wanted to talk with Penn and Mexican actress Kate del Castillo about their secretive meeting with Guzman in October, 3 months before his capture.

“That is correct, of course, it’s to determine responsibilities,” the official said on condition of anonymity, declining to provide more details, including a possible date for an interview with the stars.

A second federal official said it was unclear whether Penn and del Castillo, who brokered the meeting, had violated any Mexican law.

While a reporter could interview a drug cartel suspect, “they’re not journalists,” the official said.

White House chief of staff Denis McDonough told CNN that Penn’s meeting with Guzman “poses a lot of interesting questions for him and others involved in this so-called interview. We’ll see what happens.”

The US rock magazine Rolling Stone on Saturday, January 9, published the interview that Guzman gave to the actors in an undisclosed jungle clearing in Mexico.

Despite Penn’s cloak-and-dagger efforts to keep the gathering secret, a Mexican official told Agence France-Presse that authorities found out about the meeting, which eventually helped them track down the Sinaloa drug cartel chief.

Guzman, 58, was arrested on Friday, January 8, in a deadly military raid in the seaside city of Los Mochis, in his northwestern home state of Sinaloa.

Attorney General Arely Gomez said on Friday that Guzman had met with unnamed actors and producers to discuss making a biopic about himself and that it was part of a “new line of investigation.”

Some legal experts, however, doubt that Penn could face charges in the United States or Mexico.

“I seriously doubt that charges will be brought against them even though Sean Penn took extraordinary steps to prevent authorities from using his phone to track the whereabouts of Chapo,” said Mike Vigil, a former senior official at the US Drug Enforcement Administration.

Floyd Abrams, a New York attorney known for his defense of journalists, said Penn did not violate any US laws.

The meeting sparked criticism in the United States, with Republican presidential candidate Marco Rubio told ABC television that the interview was “grotesque.”

Journalists questioned the ethical merits of the interview.

Penn writes that Guzman gave him a “compadre” hug when they met. He said they had a 7-hour sitdown followed by phone and video interviews.

“I supply more heroin, methamphetamine, cocaine and marijuana than anybody else in the world,” Guzman said over sips of tequila. “I have a fleet of submarines, airplanes, trucks and boats.”

The White House said Guzman’s boast about his trafficking exploits “is maddening.”

Rolling Stone also posted a video showing Guzman without a mustache, saying he decided to go into drug trafficking after the age of 15 because there were “no job opportunities” and “no other way to survive.”

Asked if he felt some responsibility for the high level of addictions in the world, he said: “It’s false. The day that I don’t exist, it won’t reduce drug trafficking.”

In a text message exchange after their meeting, Guzman discussed a marine helicopter raid in which authorities almost captured him on October 6. He played down injuries to his face and leg reported by the authorities, saying: “Not like they said. I only hurt my leg a little bit.”

Authorities said the marines did not shoot Guzman during the raid because he was accompanied by two women and a girl, but that he hurt himself in a fall.

The Rolling Stone interview emerged after Mexican prosecutors announced that they would start proceedings to extradite Guzman to the United States, a reversal from President Enrique Pena Nieto’s earlier refusal to send him across the border.

But Guzman lawyer Juan Pablo Badillo vowed to appeal to the Supreme Court if necessary.

Guzman is now back in the same prison that he escaped from on July 11, when he snuck down a hole in his cell’s shower that led to a 1.5-kilometer (one-mile) tunnel outside the prison.

The world’s most wanted drug baron was arrested after a military raid on a house in Los Mochis in which five suspects died and one marine was wounded. Six people were detained in the operation.

Guzman and his security chief fled through the city’s drainage system, but they were caught later after they stole a car. – Laurent Thomet, AFP / Rappler.com