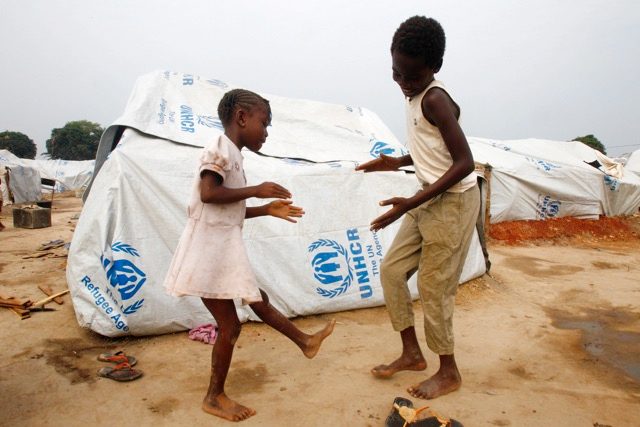 Facebook Twitter Copy URL
Copied
UN Secretary General Ban Ki-moon fired the head of the 10,000-strong MINUSCA force last year over the mounting number of cases, but the allegations have continued to surface

“Four of the girls said their abusers were attached to contingents operating as part of the European Union operation,” Zeid Ra’ad Al Hussein said, adding that he was “extremely alarmed at continuing allegations.”

Last year, allegations of sex abuse were levelled at soldiers serving with French and UN missions in the country.

“While the nationalities of some of the soldiers remain unclear, three of the girls said they believed their abusers were members of the Georgian EUFOR contingent. The four girls were aged between 14 and 16 at the time of the alleged abuse.”

Reacting to the allegations, EUFOR said in a statement “the EU takes these allegations very seriously”.

But the “responsibility for any investigation, disciplinary or criminal action remains in the hands of the contributing States,” EUFOR added.

Fourteen soldiers from the French force are under investigation in France over allegations they forced children to perform sexual acts in exchange for food.

The girl and boy interviewed by the UN in the cases linked to the French were aged seven and nine respectively at the time of the alleged attacks.

“The girl said she had performed oral sex on French soldiers in exchange for a bottle of water and a sachet of cookies. Both she and the nine-year-old boy said that other children were abused in a similar fashion in repeated incidents involving several French soldiers,” the statement said.

“These are extremely serious accusations and it is crucial that these cases are thoroughly and urgently investigated,” Zeid said.

“Far too many of these crimes continue to go unpunished, with the perpetrators enjoying full impunity. This simply encourages further violations,” he added.

Troops from the UN’s MINUSCA force have also been accused of abusing children in the war-torn country.

A total of 26 cases involving UN peacekeepers have been reported.

“As more and more cases emerge, implicating more and more national contingents, it is also clear that all foreign military forces, whether UN or non-UN, must employ much stronger and more effective actions to prevent further abuse and exploitation – and not just in CAR,” Zeid said.

The UN has not said which nationalities are involved nor specified how many troops have been accused, but sources say the soldiers are from Gabon, Egypt and Morocco.

UN Secretary General Ban Ki-moon fired the head of the 10,000-strong MINUSCA force last year over the mounting number of cases, but the allegations have continued to surface.

Ban has warned that he is ready to throw out an entire peacekeeping unit if their country fails to prosecute soldiers accused of sex abuse. – Marie-Noëlle Blessig, AFP/Rappler.com