Facebook Twitter Copy URL
Copied
Despite its small size, New Hampshire's spot on the electoral calendar gives it special importance in the long state-by-state battle to select the Republican and Democratic candidates

MANCHESTER, New Hampshire, USA – New Hampshire on Tuesday, February 9, holds the first state primary in the process of selecting candidates for the presidential election in November, on the heels of the Iowa caucuses that kicked off the nomination race.

Despite its small size, New Hampshire’s spot on the electoral calendar gives it special importance in the long state-by-state battle to select the Republican and Democratic candidates who will go head to head for the White House.

New Hampshire tends to set the tone for the primaries, and weed out the weakest candidates. 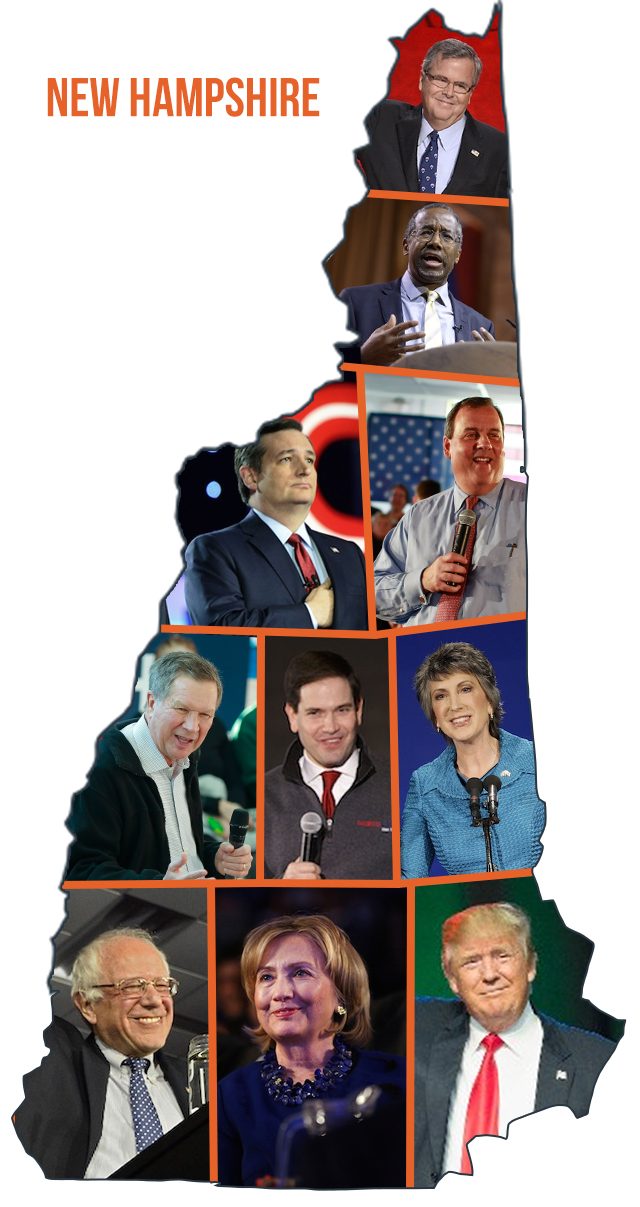 In 1952, supporters of the World War II general Dwight Eisenhower – who was unsure whether to run for president – placed his name on the Republican ballot in New Hampshire. His victory there set him on a path to the White House, and cemented the state’s role in American political life.

Of the 16 presidential elections since then, 13 candidates who won the nomination contest in New Hampshire went on to become head of state. The remaining 3 times, a runner-up in the state became president.

In other words, little hope for anyone coming third.

Voters take their state’s role as the first to hold primaries very seriously. Many attend campaign events and do not make up their mind until voting day.

Candidates spend a lot of time canvassing the state and spend millions of dollars on television commercials.

Among the Democrats, Bernie Sanders – the self-described democratic socialist calling for a political revolution – is ahead of Hillary Clinton by 12.8 percentage points, according to an average of polls tallied by Real Clear Politics.

On the Republican side, Donald Trump leads by an average of 17 points. Second place looks set to be hotly contested by Marco Rubio, John Kasich – both recently on the rise – Ted Cruz and Jeb Bush. Bringing up the rear are Chris Christie, Carly Fiorina and Ben Carson.

1.3 million, of which 91.3 percent are non-Hispanic whites. Blacks make up 1.5 percent of the population, Hispanics 3.3 percent and Asians 2.5 percent, according to the Census Bureau. The capital Concord has some 42,000 residents.

Registered Democrats vote in the Democratic primary, Republicans in the Republican primary. Independents can choose to vote in one or the other, prompting both parties to campaign hard to attract the state’s largest electoral group.