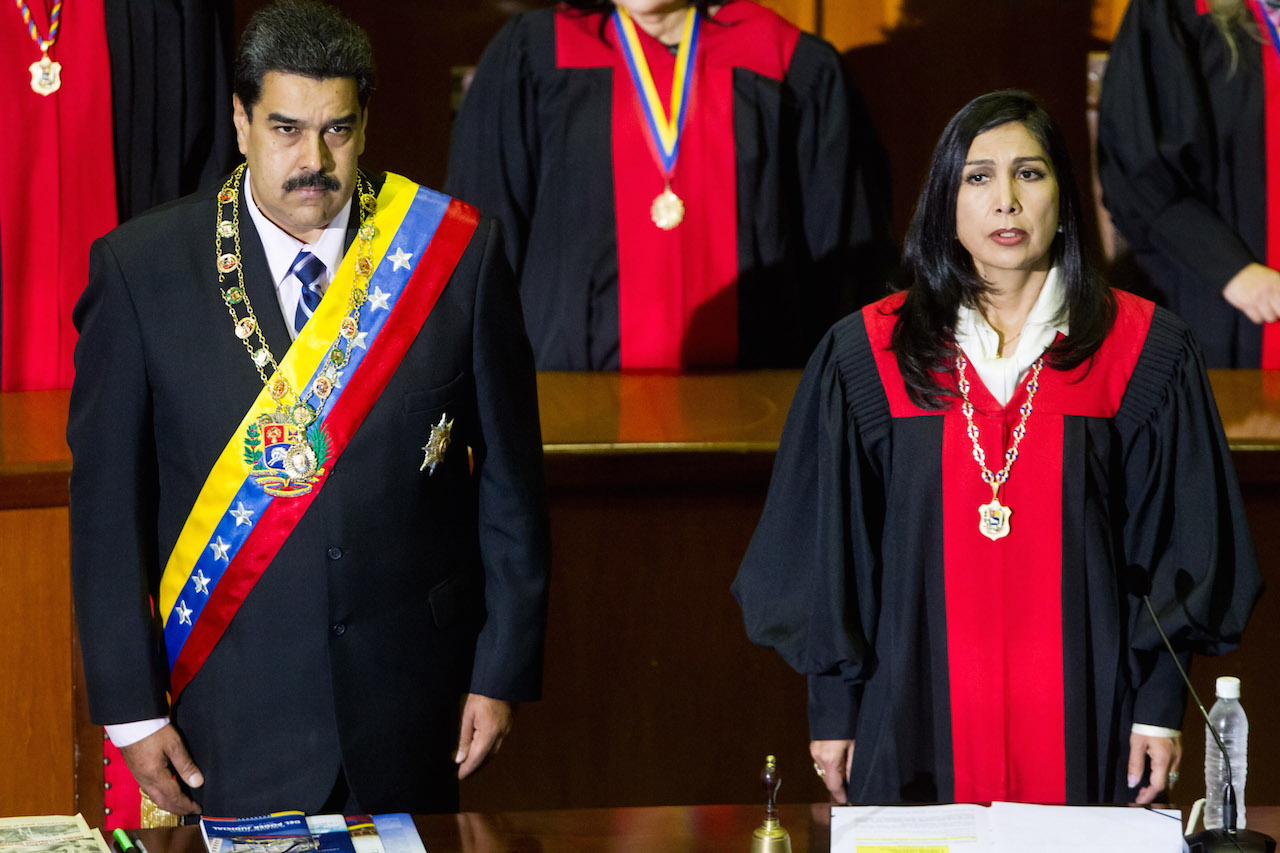 CARACAS, Venezuela – Venezuela’s opposition on Friday, February 12, vowed to speed up efforts to oust President Nicolas Maduro after he defied lawmakers by securing emergency powers to intervene in the crisis-hit oil state’s economy.

The maneuvers intensified a political standoff that has raised fears of unrest and deepening economic suffering in the oil-rich, violence-plagued South American state. (READ: Venezuela opposition sets out to oust government)

The Supreme Court on Thursday, February 11, overruled opposition from lawmakers by approving Maduro’s decree to place the country in a 60-day state of economic emergency.

The opposition reacted with outrage, accusing Maduro of expanding economic policies that they say are ruining the country.

“In the next few days we will have to present a concrete proposal for the departure of that national disgrace that is the government,” the opposition leader of the National Assembly legislature, Henry Ramos, told a news conference Friday, February 12.

In response Maduro told sympathizers in Caracas “not to underestimate the threats Henry Ramos made today against peace and stability of the Republic.”

“The Supreme Court of Justice has spoken, its word is holy and must be respected by all parts of society and all institutions,” Maduro said.

Ramos and other leaders in the opposition MUD coalition had promised to devise a way within 6 months to oust Maduro, possibly through a new constitution or a referendum, before his current mandate expires in 2019.

“Nobody doubts now that that 6-month timeframe is too long,” Ramos said Friday, February 12.

It was not clear however how the opposition might overcome resistance from the court, which critics say is packed with Maduro’s supporters.

Another senior opposition leader, Henrique Capriles, said he expected the court would overrule a constitutional amendment against Maduro and that a referendum would be better.

“The moment has come,” Capriles said Friday, February 12. “This government does not want to change anything and every day the situation gets worse.”

He acknowledged obstacles to a referendum too, however, alleging that the electoral authorities in charge of such a vote are under Maduro’s influence.

The United States, which Maduro has accused of interfering in Venezuela’s affairs, expressed “dismay” at the court ruling.

“I am dismayed Venezuela Supreme Court is interfering with National Assembly,” US Assistant Secretary of State for Western Hemisphere Affairs Roberta Jacobson wrote on Twitter.

“Separation of powers and democratic process must be respected.”

Venezuela has the world’s largest known oil reserves but has suffered as crude prices have fallen sharply.

Citizens are suffering shortages of basics such as toilet paper and cooking oil. Inflation is higher than 140 percent, according to the government’s latest estimate.

“We are not going to get our breakfast, lunch and dinner through laws,” said Orien Amundarain, a teacher in the street in Caracas.

“This argument about who is right or wrong will not get us anywhere.”

Maduro has admitted Venezuela is in a “catastrophic” economic state, but said his emergency plan would allow the government to shore up its health, housing, education and food services.

Analysts say the political standoff threatens to worsen the hardship that drove voters to hand the opposition a landslide election victory in December.

“The problem Venezuela has is that it lacks a mediator to settle the conflict of power, which complicates the situation even further,” said Asdrubal Oliveros, head of analysis firm Ecoanalitica.

Experts have warned of the risk of a repeat of violent street clashes that left 43 people dead in 2014.

In a worsening recession, Venezuela has been seized by a political deadlock since the opposition took majority control of the assembly in early January.

Maduro has chipped away at that majority through challenges in the Supreme Court.

Ramos on Friday, February 12, accused the government of “doing all it can to provoke a coup” but insisted the opposition would only oust him by constitutional means. – Maria Isabel Sanchez, AFP/Rappler.com