Obama to make historic visit to Cuba in March 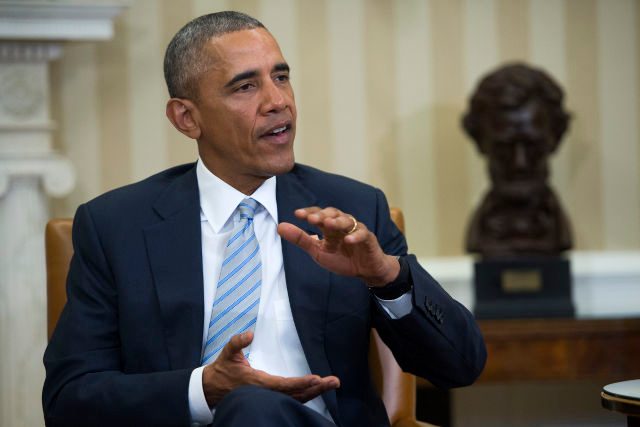 WASHINGTON DC, USA (UPDATED) – Barack Obama will next month become the first US president to visit Cuba in almost a century, championing engagement with the Communist-ruled island and burying one of the last vestiges of the Cold War.

The White House hopes the trip will be a “Berlin Wall” moment, crowning a policy they see as being among Obama’s greatest foreign policy achievements.

“Next month, I’ll travel to Cuba to advance our progress and efforts that can improve the lives of the Cuban people,” the US leader said in one of a series of tweets.

Obama and First Lady Michelle Obama will travel to the Communist-controlled island March 21-22.

The last American leader to visit Cuba while in office was Calvin Coolidge in 1928 – before television or air travel were commonplace.

In the generations that followed Cuba became synonymous with crisis and threat for Americans – from the disastrous CIA-backed invasion at the Bay of Pigs in 1961 to a Missile Crisis the following year that terrified the nation.

For Cubans, antagonism with a superpower neighbor led to a crippling economic embargo that still makes everyday life difficult.

Since coming to office in 2009, Obama argued that engagement would do more to change Cuba than embargoes and isolation.

“We had an embargo. We had democracy funding. And you did not have a promotion of human rights on the island.”

In December 2014, Obama made a shock announcement that he and Raul Castro had been in secret talks on a rapprochement.

The pair then met in April 2015 in Panama, making Obama the first sitting US president to meet a Cuban leader since Dwight Eisenhower in 1956.

Diplomatic relations were restored in July. (READ: US drops Cuba from terror blacklist in landmark move)

A presidential visit will be the capstone of Obama’s policy of engagement, but it is also a gamble.

Raul Castro’s government has shown a willingness to slowly open the economy, but Cuba’s political system is still utterly dominated by the regime.

Human rights groups say that detentions have actually increased of late, reaching around 8,000 last year, even as longer-term prisoners have been released.

“What worries us is that Obama had said in December that he would only come to Cuba if there was progress on human rights,” Berta Soler of the Damas de Blanco told Agence France-Presse.

“The repression continues,” she added.

Anticipating such criticism, Obama said: “We still have differences with the Cuban government that I will raise directly.

Rhodes said Obama would meet civil society leaders during his trip and would look to address the Cuban people directly.

He will not, however, meet long-time American nemesis Fidel Castro. “Raul Castro is the president of Cuba,” said Rhodes.

The meeting could decide who becomes the first non-Castro to control Cuba since the brothers came down from the Sierra Maestra mountains and ousted Fulgencio Batista on New Year’s Day 1959.

Obama will want to prod Havana into more direct elections, but the White House is betting that opening Cuba to a flood of American tourists and American business is the fastest and most enduring way to bring change

Cuba lost its chief economic benefactor in 1991 as the Soviet Union collapsed and is likely to suffer the same fate again as tumult in Venezuela turns off the spigot of heavily subsidized crude.

For now the United States and Cuba are treading cautiously, taking incremental steps to facilitate trade, investment and the movement of people.

There are 1.8 million Cuban Americans and Cuba has a population of 11 million.

But Cuba’s leaders will want to manage reforms in a way that does not threaten their political power or vested interests in state-run firms – taking their ideological lead from Vietnam and China.

The government’s baby steps to open the economy have not convinced the thousands of Cubans who voted with their feet and left the island since ties warmed.

For Obama a deeply symbolic trip to Cuba puts his presidency back in the limelight as power shifts to his possible successors and the 2016 election.

But he faces significant opposition to any further warming of ties. The Republican-controlled Congress has made it clear it does not intend to end the embargo.

For that to happen requires that Cuba move toward direct elections and begin to settle some 6,000 compensation lawsuits for US-owned property seized during the 1959 revolution.

Those suits are estimated to be worth about $8 billion.

Republican presidential hopeful Marco Rubio, a son of Cuban immigrants, said the trip was a “mistake” and urged Obama to reconsider.

But there was considerable support for the president’s trip elsewhere in southern Florida, even in Miami, home to America’s biggest concentration of Cuban expatriates.

“Fantastic! It’s a great idea,” Ramon Pereira, 60 told Agence France-Presse at a restaurant in Miami’s Little Havana neighborhood, adding that an infusion of “a little indirect capitalism” is the best way to bring greater freedom to the island. – Andrew Beatty, AFP/Rappler.com