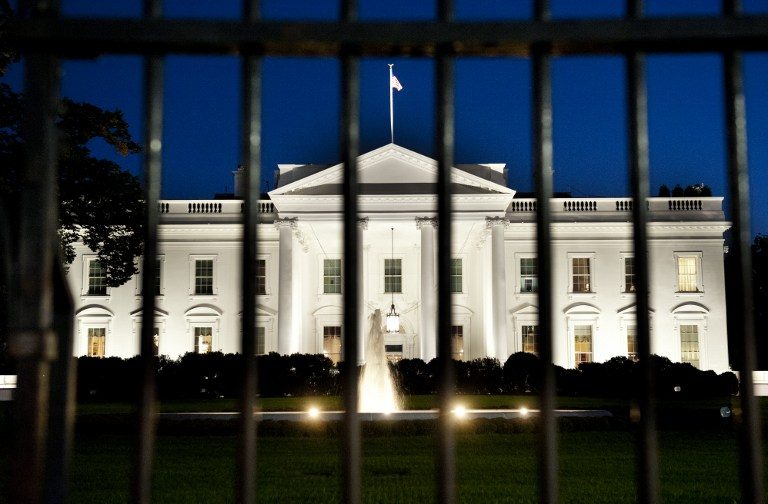 Facebook Twitter Copy URL
Copied
Mitch McConnell: 'The nomination should be made by the president the people elect in the election that's underway right now'

WASHINGTON DC, USA – Republican leader Mitch McConnell vowed Tuesday, February 23, that the Senate would not confirm any Supreme Court nominee put forth by President Barack Obama, digging in his heels in the fight for control of the high court.

“Presidents have a right to nominate just as the Senate has its constitutional right to provide or withhold consent,” said McConnell, the Senate majority leader.

“In this case, the Senate will withhold it,” he said.

The sudden death of conservative justice Antonin Scalia on February 13 abruptly changed the balance on a court that has long had a 5-4 conservative majority.

Obama now has an opportunity to tilt the high court in a more liberal direction.

But McConnell and other Republicans insist that the choice of a nominee to replace Scalia should be left to the next US president.

“The nomination should be made by the president the people elect in the election that’s underway right now,” McConnell said.

The court resumed hearings on Monday, February 22, for the first time since Scalia’s death, now split evenly between 4 justices appointed by Democratic presidents and 4 appointed by Republicans.

Supreme Court justices are appointed for life and the body’s rulings can powerfully influence the treatment of major social issues in America.

Some of the top Republican presidential candidates have invoked a “long tradition” of not nominating and confirming a new justice to the Supreme Court during an election year, although it has happened previously.

In a letter Tuesday addressed to McConnell, Republicans on the Senate Judiciary Committee said the panel would not hold hearings on any Supreme Court nominee until after the new president is sworn in, a decision “based on constitutional principle and born of a necessity to protect the will of the American people.”

The Republican-controlled Senate could simply stall until Obama is out of office, but at least two moderate Republicans have said the Senate should at least consider an Obama nominee.

The president, who is weighing potential candidates, could opt for a nominee with an impeccable record capable of drawing bipartisan support. – Rappler.com