Critics lash out at Trump over white supremacist backing 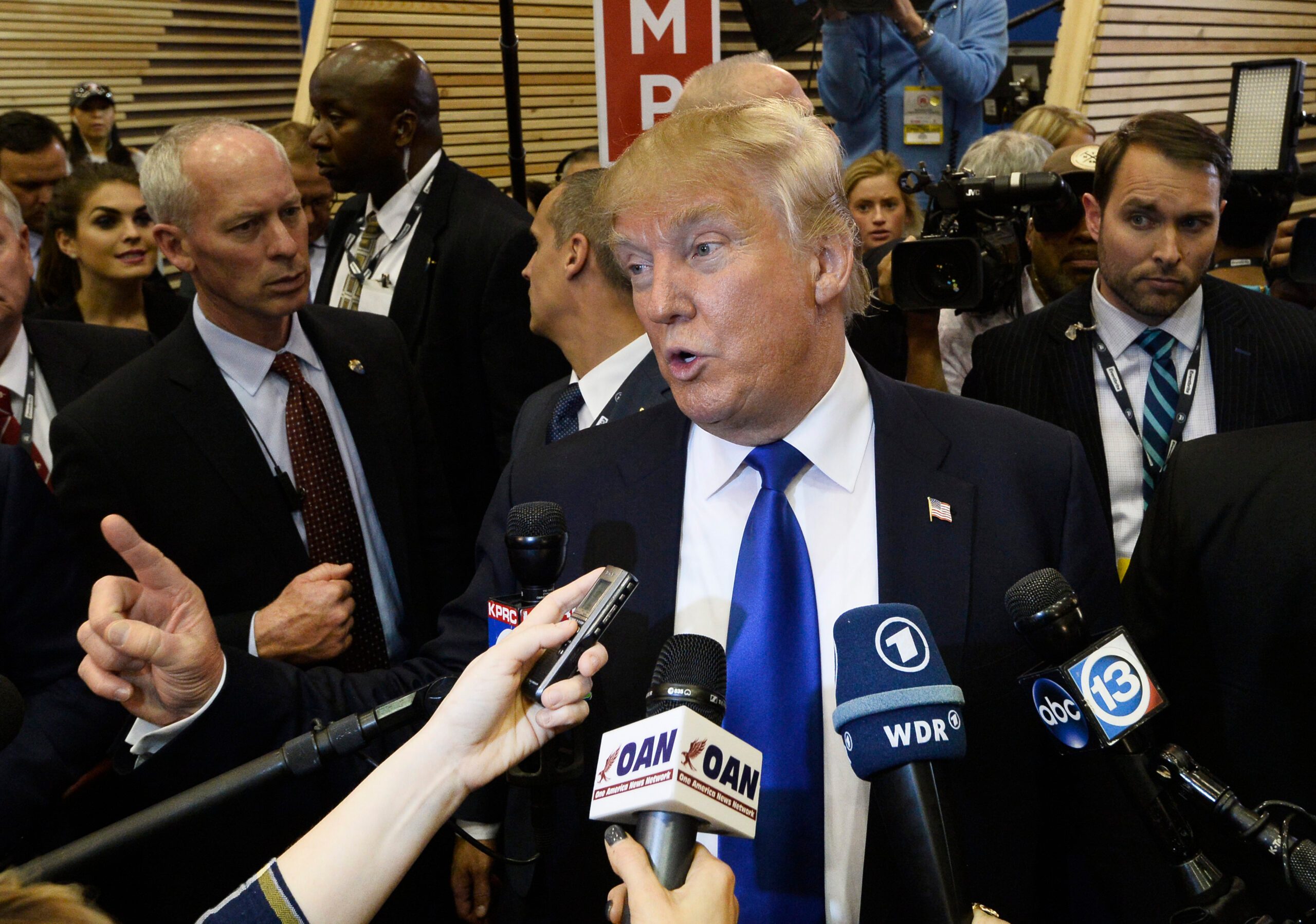 Facebook Twitter Copy URL
Copied
Conservatives and liberals alike rounded on Republican Donald Trump for refusing to reject an endorsement by David Duke, a white nationalist who once led the Ku Klux Klan

WASHINGTON DC, USA – Conservatives and liberals alike rounded on Republican Donald Trump for refusing to reject on Sunday, February 28, an endorsement by David Duke, a white nationalist who once led the Ku Klux Klan.

Among Democrats, Hillary Clinton sailed toward the “Super Tuesday” primaries bolstered by a blowout win in South Carolina on Saturday, February 27.

With just two days to go before the biggest showdown yet in the US presidential race, Clinton gained crucial momentum in the race for the Democratic nomination by crushing rival Bernie Sanders 73.5% to 26%.

“We got decimated,” Sanders conceded in an interview on ABC’s “This Week” show, acknowledging that the outpouring of African American support for Clinton exposed a weakness in his campaign.

On the Republican side, Trump’s trailing rivals desperately tried to raise doubts among voters about the frontrunner’s ability to beat Clinton in the November 8 presidential election.

Senator Ted Cruz suggested in an interview with ABC’s “This Week” show that Mafia dealings could be hiding in Trump’s tax returns, which the billionaire real estate developer has so far resisted releasing.

Trump said he knew nothing about KKK leader Duke when asked about the matter on CNN’s “State of the Union” talk show.

“I don’t know what group you’re talking about. You wouldn’t want me to condemn a group that I know nothing about. I’d have to look,” Trump said.

On Friday, February 26, he had appeared surprised when asked about the issue at a press conference, and quickly said: “I disavow.”

His comments Sunday on CNN however drew prompt criticism from across the political spectrum.

“We cannot be a party that nominates someone that refuses to condemn white supremacists and the Ku Klux Klan,” Senator Marco Rubio told a crowd of supporters in Virginia.

“Not only is that wrong, it makes him unelectable.”

Another rival, Ohio Governor John Kasich, tweeted: “Hate groups have no place in America. We are stronger together. End of story.”

Cruz deplored the “really sad” comments. “@realDonaldTrump you’re better than this. We should all agree, racism is wrong, KKK is abhorrent,” he wrote.

Sanders, a self-declared democratic socialist, wrote: “America’s first black president cannot and will not be succeeded by a hatemonger who refuses to condemn the KKK.”

Last year, a technology blog unearthed a 1927 news report stating that Fred Trump – Donald Trump’s father – was one of 7 men arrested during clashes between 1,000 KKK members and 100 police officers in Queens, New York.

Trump has denied that “ridiculous” report, telling the Daily Mail, a British newspaper: “He was never arrested. He has nothing to do with this. This never happened. This is nonsense and it never happened.”

Trump has said he will not release his tax returns because they are being audited by the Internal Revenue Service.

“You can’t tell anything from tax returns because you take deductions, massive deductions and lots of other things,” he said on CNN.

Polls show Trump, who on Friday was endorsed by New Jersey Governor Chris Christie, leading the Republican pack in most of the 11 Super Tuesday contests.

Trump however trails Cruz in the senator’s home state of Texas, a top Super Tuesday prize with 155 delegates.

The conventional wisdom is that Trump’s rivals – Cruz, Kasich and Florida Senator Marco Rubio – must at least win their own states to remain in the running. Cruz will be the first to face that test, as Florida and Ohio vote later.

“There is no doubt that if Donald steamrolls through Super Tuesday, wins everywhere with big margins, that he may well be unstoppable,” Cruz acknowledged on CBS’s “Face the Nation.”

Kasich predicted that Trump would probably win all the Super Tuesday contests, but the governor said he intended to hang on in hopes Cruz and Rubio are knocked out first.

Retired neurosurgeon Ben Carson also has vowed to remain in the race, but support for his candidacy has fizzled.

With the stakes nearing a make-or-break point, Trump, Cruz and Rubio have viciously attacked each other with taunts, accusations and angry tweets that have given the Republican race a distinctly Darwinian flavor.

While the Republicans were hitting all the political talk shows Sunday, Hillary Clinton was quietly savoring her victory in South Carolina.

It was the former secretary of state’s first decisive win of the campaign, after a nail-biter victory in Iowa, a thumping loss to Sanders in New Hampshire and a five-point win in Nevada.

Exit polls in South Carolina showed African-Americans – who represented 61% of all Democratic voters in that state’s primary – backed Clinton by 86%, more than had supported Obama eight years prior.

Clinton, who leads in the national delegate count, assiduously courted black voters, partly by praising Obama and promising to build on his legacy.