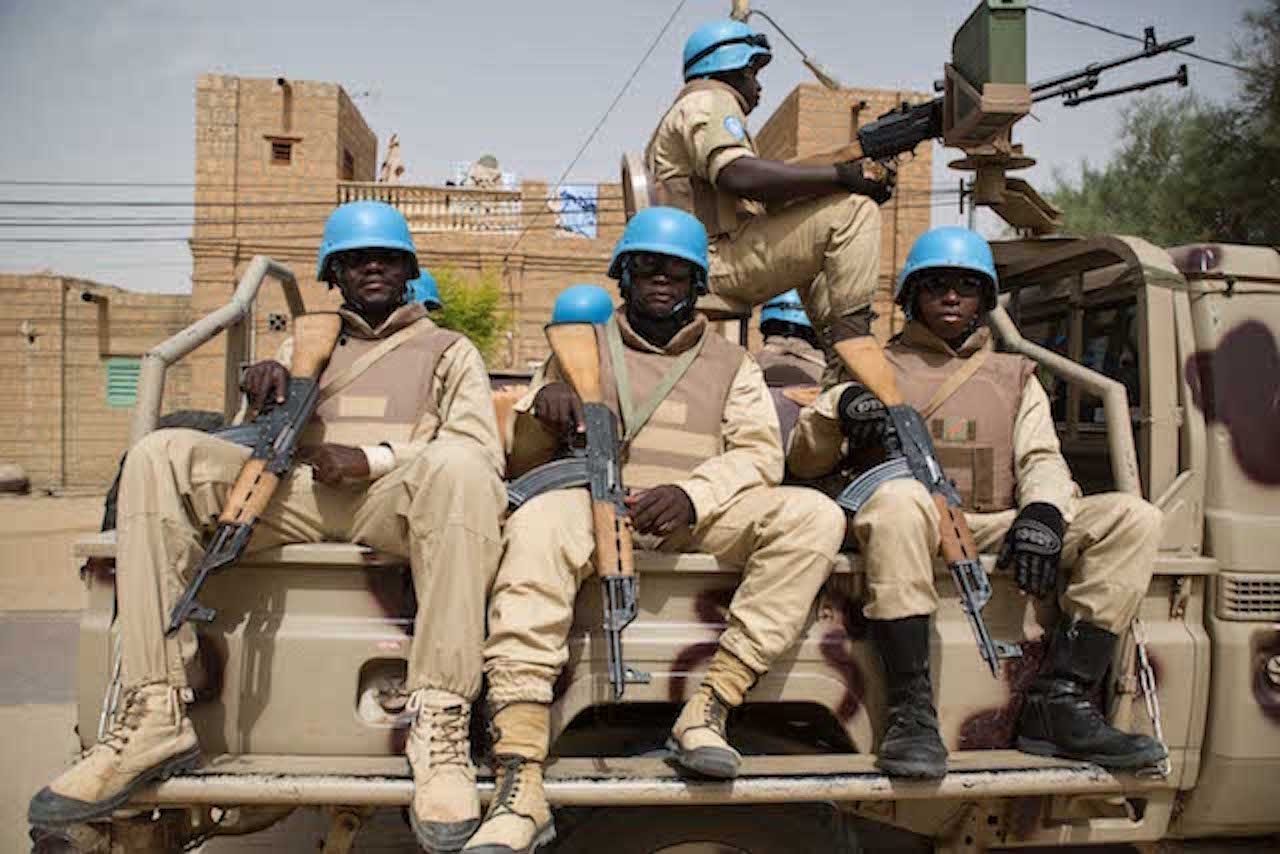 Facebook Twitter Copy URL
Copied
Two UN missions account for the majority of claims: the MINUSCA force in the Central African Republic and MINUSCO in the Democratic Republic of Congo, but there are also cases in Ivory Coast and Mali

UNITED NATIONS – The United Nations is reporting a “deeply concerning” increase in allegations of sex abuse by its peacekeepers, with 69 claims last year against troops from 21 countries.

A much-awaited report by UN Secretary-General Ban Ki-moon obtained by Agence France-Presse on Thursday, March 3 provides, for the first time, the nationalities of the troops facing the allegations.

First on the “name and shame” list was the Democratic Republic of Congo, whose troops faced 7 allegations, followed by Morocco and South Africa, each hit with 4 accusations.

Peacekeeping police from Canada and Germany as well as soldiers from Moldova and Slovakia were also accused of sexual abuse or exploitation while serving as UN peacekeepers.

Two UN missions accounted for the majority of claims: the MINUSCA force in the Central African Republic and MINUSCO in the Democratic Republic of Congo, but there were also cases in Ivory Coast and Mali.

“This increase in the number of allegations is deeply concerning,” said the report, to be formally released on Friday, March 4

At least 22 children were sexually abused by peacekeepers, according to the report, but that figure may be higher as the age of the victims was not always determined.

None of last year’s cases have yet resulted in criminal prosecution, though a Canadian police officer who served in Haiti was given a 9-day suspension.

Under UN rules, it is up to the country that contributed the relevant troops to investigate and prosecute those accused of misconduct while serving under the UN flag. (READ: UN peacekeepers facing ‘complex challenges’)

Human rights groups have complained about the lack of accountability for peacekeepers serving in UN missions; many have avoided investigation altogether or received light punishment.

Last year, the United Nations was informed that 10 soldiers and 3 police would be repatriated and barred from taking part in any future missions, the report said.

For allegations dating back to 2014, one soldier was sentenced to 6 months in prison for sexually abusing a minor in exchange for money while another was punished with a 60-day jail sentence.

Another soldier was “forced into retirement” for child rape while a military observer received a warning for engaging in prostitution.

The United Nations has been badly shaken by the wave of allegations of sex abuse by the troops it deploys in missions with a clear mandate to protect civilians.

An independent panel concluded in December that the United Nations had grossly mishandled serious cases of child rape in the Central African Republic despite the official zero-tolerance policy on sexual violence.

Of the 69 allegations, 22 involved peacekeepers in the Central African Republic while 16 were from the Democratic Republic of Congo.

The high number of cases from the Central African Republic stems from the violent conflict that has pushed women and girls into prostitution and increased their vulnerability to abuse, said the report.

“It is deplorable that United Nations personnel would take advantage of this situation,” it added.

Two victims who became pregnant succeeded in establishing the peacekeepers as the fathers but some 25 other paternity claims dating back to 2010 have yet to be settled, said the report.

Ban reported that payments to 12 peacekeepers, 3 police and one government-provided worker were suspended last year after credible allegations of sexual abuse surfaced against them.

The UN chief is also recommending a 6-month limit for investigations, establishing on-site courts martial for soldiers and requiring peacekeeping countries to provide DNA samples of their soldiers on missions.

The United States is preparing a draft UN resolution that would endorse his proposals, and the report is expected to be discussed at a Security Council meeting on March 11, diplomats said. – Carole Landry, AFP/Rappler.com