What you need to know about Brazil’s corruption scandal 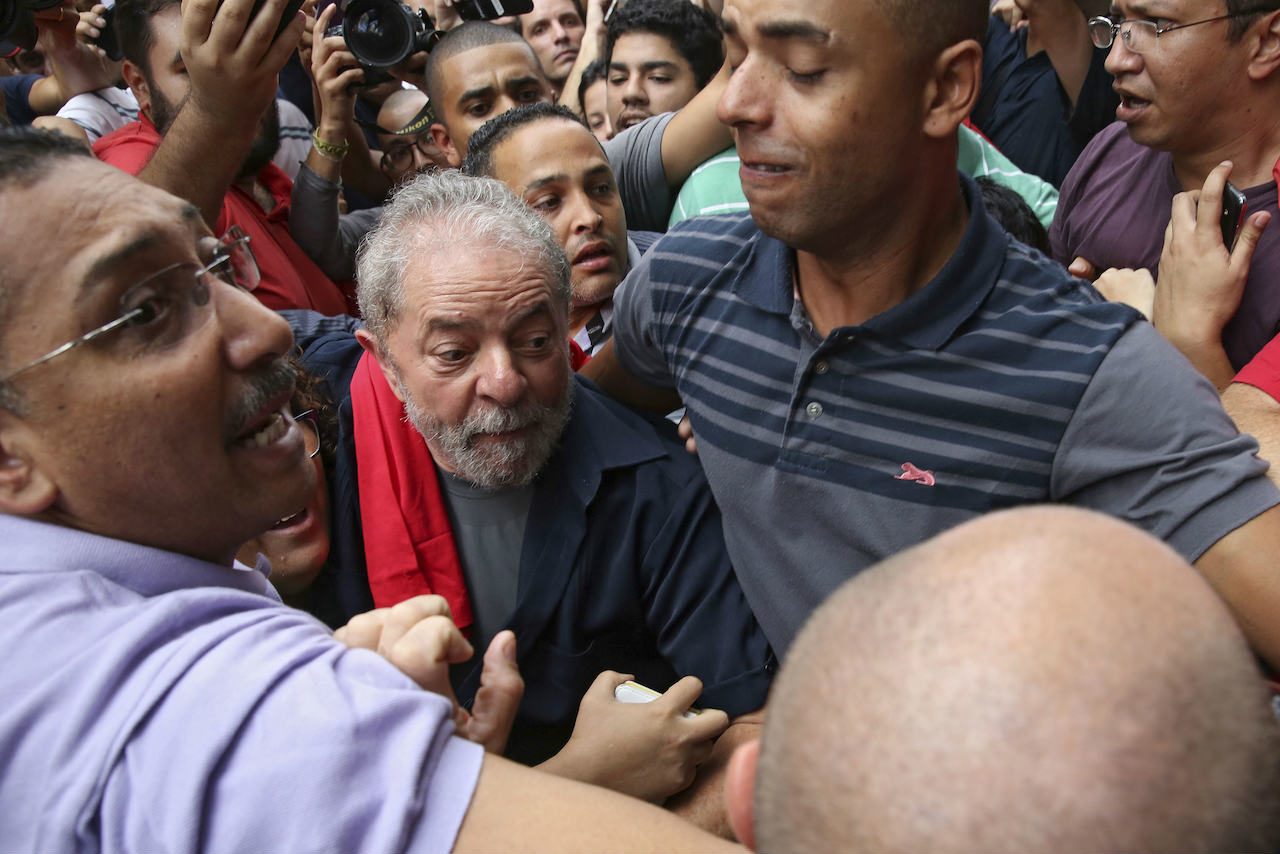 Here is a nutshell look at the probe code-named Operation Car Wash and the mega-scandal that it seeks to unravel.

Q: What is Operation Car Wash?

A: Over the last two years, an army of prosecutors, auditors and police have been looking into a giant corruption ring that was centered on the state oil company Petrobras, Brazil’s flagship corporation and one of Latin America’s highest-profile companies.

The task force is based in the southern city of Curitiba, out of the way of Brazil’s main power centers – a fact observers say has helped the team, headed by Judge Sergio Moro, to operate independently.

The investigation has revealed that some of Brazil’s biggest construction companies colluded with Petrobras executives to concoct massively inflated contracts, which they then embezzled.

The extra cash – estimated by the company to total at least $2 billion – was laundered and divvied up between Petrobras executives, their partners in crime, and politicians who gave them their jobs.

Stolen money was also being funneled to political parties as campaign funds. Lula was in power during the period of the Petrobras scam and his Workers’ Party was allegedly one of the main recipients of these funds.

For much of Lula’s 2003-2010 presidency the gargantuan conspiracy operated undisturbed. But the prosecution task force has made swift advances over the last two year, relentlessly using plea bargains – where the accused agree to testify on behalf of the government in return for lighter sentences – to break through the secrecy.

Q: What is Lula accused of?

A: Investigators say they have evidence that the once wildly popular former president received a luxury seaside apartment and country house as bribes from companies that had been skimming off Petrobras money.

Lula is also suspected of receiving about 30 million reais (approximately $8 million) in donations and speaking fees from Petrobras-tainted companies.

But prosecutors said Friday, March 4 that the scheme was run from the highest levels of the ruling coalition, indicating that there could be even more serious allegations to come.

“Lula, besides being leader of the (ruling Workers’ Party), had the final say in the decision on naming Petrobras directors, and was one of the main beneficiaries of the crimes,” both personally and through the funding of his party’s campaigns, they said.

That cuts to the very heart of the political establishment in Brazil, where the Workers’ Party has dominated the scene since 2003.

Lula, who has not been charged, denies any involvement in the Petrobras scheme and characterizes prosecutors as out of control. He says he does not own the controversial properties and that he has repeatedly cooperated with prosecutors on a voluntary basis.

Q: Who else is implicated?

A: A Who’s Who of business and political elites have now been implicated at some level – some of them charged, some already imprisoned, others merely called in as suspects.

At the business end they include Marcelo Odebrecht, the now former-CEO of the huge Odebrecht construction group, former international chief for Petrobras Nestor Cervero, and billionaire banker Andre Esteves.

The big question for Brazil watchers is whether accusations will one day be made against Rousseff, who took office in 2011 and was reelected in 2014.

She was chairwoman of Petrobras during much of the period that the corruption scheme was underway, but has denied knowledge of the activity and she has never been formally accused of any impropriety.

She has been praised by many for apparently not attempting to interfere in Operation Car Wash, even as it damaged her party and allies. But analysts say that relations between Rousseff and investigators are worsening.

After Lula’s detention and questioning on Friday, Rousseff spoke in his defense, saying she was in “complete disagreement” with the police action. (READ: Police arrest Brazil ex-president’s aide in widening Petrobras scandal) – Rappler.com