Mar 10, 2016 3:02 PM PHT
Annemarie Middelburg
Facebook Twitter Copy URL
Copied
She is one of only a handful of surgeons who performs this surgery on women who have suffered female genital mutilation (FGM) or cutting 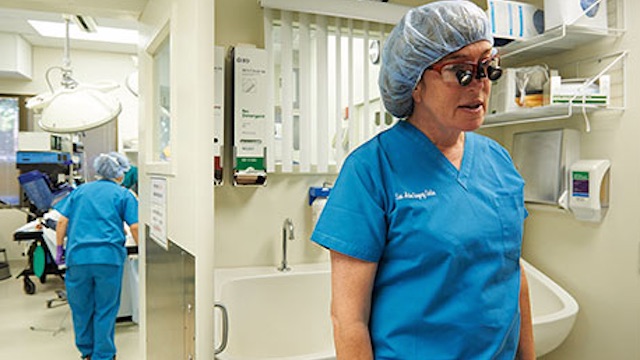 Marci Bowers’ clinic in California is famous for those seeking gender-reassignment surgery. Her work as a gynecological surgeon over the past 25 years has made her one of the leaders in this field – and also in restoring sexual function in clitorises.

She is one of only a handful of surgeons who performs this surgery on women who have suffered female genital mutilation (FGM) or cutting.

Reconstructive surgery to repair the physical damage of FGM has been around a long time. But the technique to restore clitoral function began developing only a decade ago, pioneered by French urologist and surgeon Pierre Foldès.

His idea was to not only reconstruct the clitoris, but also nerve networks to restore sexual sensation. After training with Foldès, Bowers performed the first clitoral repair surgery in the US in 2009. Since then, she’s operated on around 100 women. (READ: A woman tells her story: ‘Why did you cut my clitoris?’)

For many women and girls who undergo FGM, it’s a traumatic experience. FGM is the partial or total removal of the external female genitalia or other injury to the female genital organs for non-medical reasons. Up to 200 women and girls live with the consequences of this practice and it is widespread in 29 African countries, but it also occurs in Asia, the Middle East, Latin America and among migrants from these areas.

The clitoris is an important part of a woman’s sexuality and along with the severe medical and psychological consequences that cutting can have, it can also come with psycho-sexual problems.

The clitoris is a complex organ, and when a woman undergoes cutting, only the visible part of the clitoris is cut off. But it is much larger than most people ever assume. It has a root that is about 10cm long that lies beneath the surface, arching around the vagina. It is this that reconstructive surgeons use to rebuild a working organ.

“It’s only like losing the visible tip of the iceberg,” Bowers says. The surgery, also known as clitoroplasty, involves removing scar tissue, pulling the remaining clitoris up to the surface, and then stitching it into its natural place.

According to Bowers, the restoration of sexual pleasure is possible because the whole clitoris is sensory, not just the tip. Along with better cosmetic appearance, sensation, and reduction in pain and infection, Bowers says that patients have reported having orgasms for the first time.

Women who have been cut feel their sense of womanhood has been stolen from them and they want that back. “They want their body back and to feel more normal. It’s about not being different any more.”

As good as all this might sound, the procedure is controversial. In 2012, Foldès and colleagues published an article in The Lancet assessing the immediate and long-term outcomes of reconstructive surgery.

Over an 11-year period they operated on nearly 3,000 patients, and of the 29% who attended a one-year follow-up consultation, more than half said they were having orgasms and nearly all reported feeling clitoral pleasure.

But a group of British doctors responded in a critical letter to The Lancet. In addition to the lack of a control group, they said the Foldès’ claims were anatomically impossible in cases of type 2 FGM – the partial or total removal of the clitoris and the labia minora. “Where the body of the clitoris has been removed, the neurovascular bundle cannot be preserved … There is therefore no reality to the claim that surgery can excavate and expose buried tissue,” they wrote.

They also said that the campaign against FGM “could be undermined by a false proposition that the ill effects can be reversed”.

Bowers doesn’t agree – both in terms of the surgery and of undermining efforts to fight FGM. “You see the clitoris every single time, 100% of the time. You can’t deny it’s there,” she says.

According to Bowers, their response reflects antiquated but persistent notions of female sexuality. The work of NGOs is important, she argues, but if something can be medically fixed, it should be fixed.

And she’s not short of patients. Twice a year she leaves her reported 14-month waiting list for US $21,000 gender reassignment surgery to operate for free on women who come to her for clitoroplasty, although patients still pay a $1,700 admin fee to the clinic.

She’s adamant that she only helps those who want it and who, she says, often come to her unhappy, angry and sad with husbands and partners. “We were only there to help women who found that they were suffering as a result of FGM,“ she says.

It’s probably fair to say, then, that Bowers is an evangelist for reconstructive surgery.

Bowers became involved in the FGM reconstruction surgeries because of Clitoraid, a private, non-profit organization that helped fund her training in Paris.

The organization is backed by volunteers of the Raëlian movement – one of the world’s largest UFO religious sects – whose members believe that humans were created by extra-terrestrials. Clitoraid promote free sexuality, sexual freedom and pleasure for all women.

Bowers’ own motivation doesn’t come from a Raëlian perspective, she says, but from her own philosophy that human beings have a sixth sexual sense. “When the sexual sense is taken away, it’s no different than if someone had taken away your sense of smell or your sense of taste.” 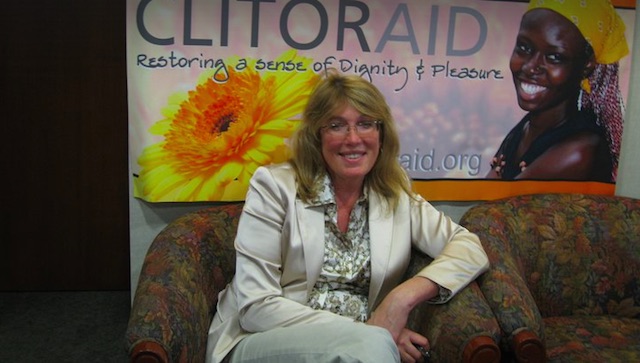 It’s clear, though, that her belief runs in parallel with the aims of Clitoraid, which has concentrated its work in the small West African nation of Burkina Faso, recently building a hospital nicknamed the “pleasure hospital” to offer reconstructive operations free of charge.

Ultimately, Bowers claims the enjoyment of sexual activity is a human right. “Sexuality is part of what makes us human beings and what makes life pleasurable,” she says. Before transitioning to life as a woman, she herself was born male.

And this, she says, gives her empathy with victims of FGM.

“For me, womanhood didn’t come without my own sacrifices and struggle. I empathise with women who have to have surgery to achieve and regain their womanhood. They are struggling to regain their identity, just like I had to do once upon a time myself.” – Rappler.com

This article was first published on The Conversation. Annemarie Middelburg is a PhD Candidate, Tilburg University.