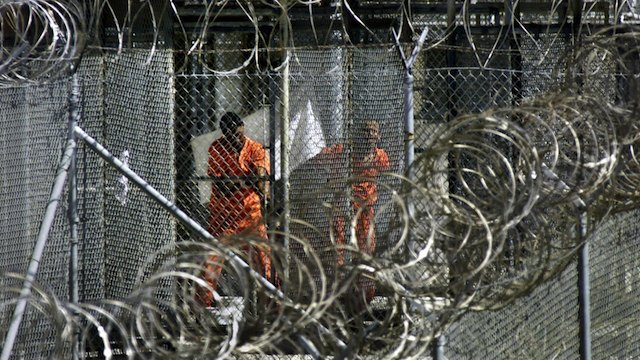 JAKARTA, Indonesia – Indonesia does not want one of the country’s most notorious terrorists, Hambali, returned home should the United States close the controversial Guantanamo Bay detention center, a senior minister said Friday, March 11.

Riduan Isamuddin was captured in Thailand in 2003 and spent the next 3 years being flown between secret prisons until his transfer to Guantanamo, where he has been held without charge ever since.

At the time of his capture Isamuddin, better known as Hambali, was believed to be Al-Qaeda’s top representative in Southeast Asia and operational chief of regional militant group Jemaah Islamiyah.

He was accused of masterminding the 2002 Bali bombings that left 202 people dead, and plotting other attacks on US airliners and foreigners.

Hambali is one of 91 inmates still detained in the military prison, set up after the September 11, 2001 attacks to deal with prisoners deemed “enemy combatants”, and denied many US legal rights.

A roadmap to closing Guantanamo unveiled by President Barrack Obama last month prompted speculation in Indonesia that Hambali could be repatriated, but Jakarta has made it clear it does want anything to do with the alleged terror kingpin.

“It’s very clear that we do not want to add any more problems in our country,” security minister Luhut Panjaitan told reporters when asked about Hambali.

A sustained crackdown in Indonesia, the world’s most populous Muslim-majority country, weakened many of the most dangerous extremist networks responsible for a string of deadly homegrown attacks during the 2000s.

But an attack in Jakarta earlier this year claimed by the Islamic State group sparked fears of a resurgence in militancy, and shone the spotlight on the country’s weak laws and lax jails where prominent radicals have been recruiting behind bars.

The government has submitted to parliament new draft measures to bolster Indonesia’s fight against extremism, including broader powers to detain suspects

“This new terrorism law stipulates the state is authorised to revoke their citizenship if they join foreign fighters,” he said. – Rappler.com