Japan, US, France to team up on Fukushima cleanup – official 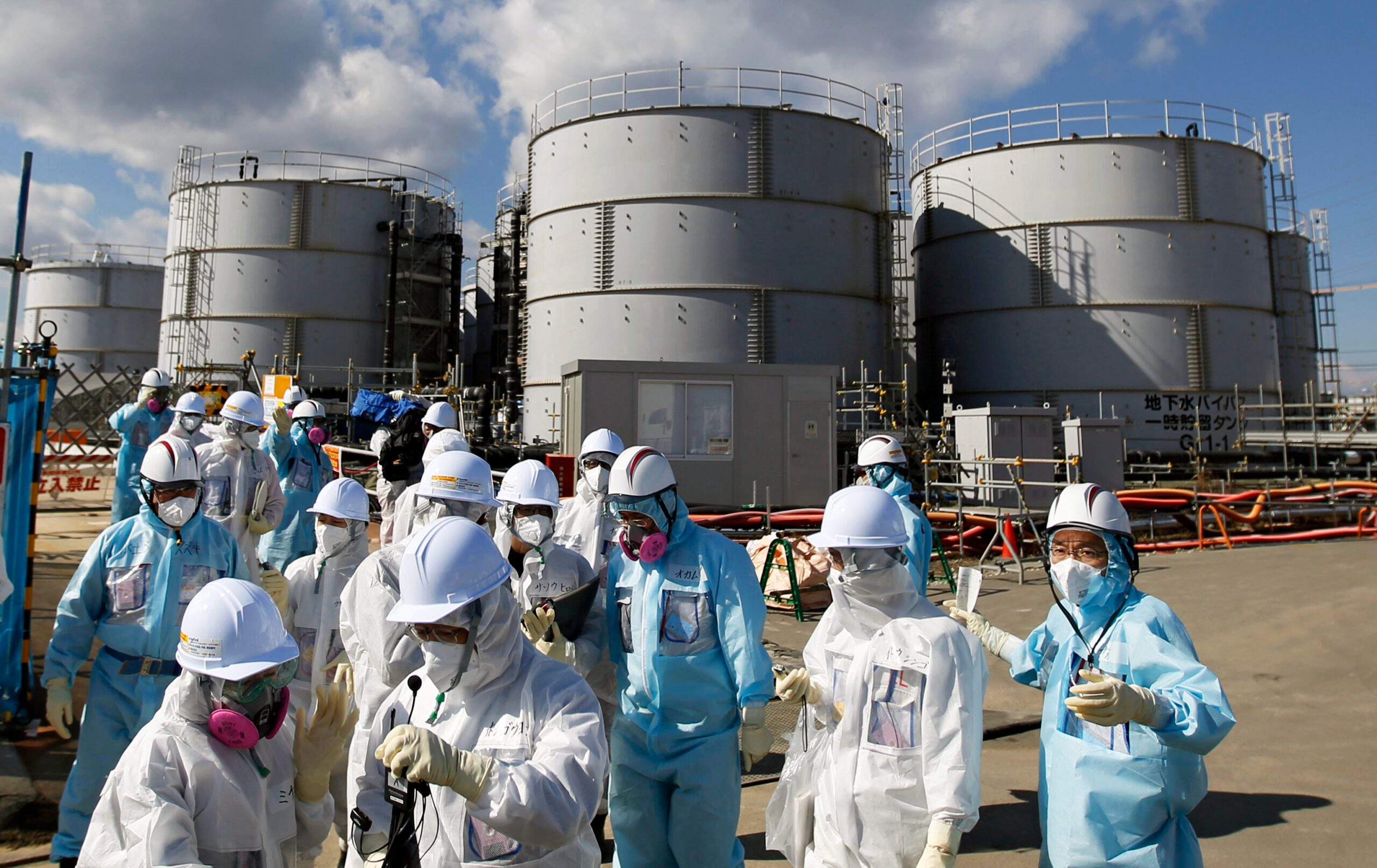 Facebook Twitter Copy URL
Copied
Experts from the 3 countries will work to develop technologies for the major cleanup, which could take up to 4 decades

TOKYO, Japan – The Japanese government will team up with experts in the United States and France to develop brand new technologies to collect melted fuel from crippled reactors at Fukushima, an official said Monday, March 14.

Removal of the melted rods at the nuclear plant, which was wrecked by a tsunami 5 years ago, is one of the biggest challenges of the mammoth cleanup, a huge project expected to take up to 4 decades.

Scientists have long warned the technology required for the complex – and potentially dangerous – task does not yet exist, and would have to be invented.

Entombing the uranium rods in concrete and effectively abandoning the site – as was done after the meltdown at Chernobyl in 1986 – has been ruled out by the Japanese government as politically unacceptable, leaving innovation as the only possible solution.

Japan’s science and technology ministry said it would work with the US Energy Department and the French National Research Agency on the project – a key step towards eventual decommissioning, which is expected to begin in 2021.

“This is the first basic research led by the government designed to help decommission Fukushima Daiichi after TEPCO worked together with its partners overseas at the private level,” a ministry official said, referring to the operator of the plant.

Under the plan, the US side will help Japan develop equipment and technology to manage and dispose of highly-radioactive waste produced from the decommissioning work, the official said.

France will cooperate with Japan in developing remote-control technology, including robotic and image processing expertise that can withstand high-radiation environments, he said.

The Japanese government plans to finance the projects by spending part of its “Fukushima technology development budget” worth 3.0 billion yen ($26.4 million).

The waves killed 18,500 people as they flattened cities and destroyed farmland.

They also knocked out cooling systems at Fukushima, sending reactors into meltdown and spreading radiation over a wide area.

Although no one is recorded as having died as a direct result of the nuclear accident, tens of thousands of people were uprooted, with many still unable to return home because of persistent contamination.

Cleaning up Fukushima and making the area habitable again is a crucial plank of government policy, with Tokyo keen to prove nuclear power is a viable form of energy production for resource-poor Japan. – Rappler.com