Clinton: Next US president cannot be ‘neutral’ on Israel 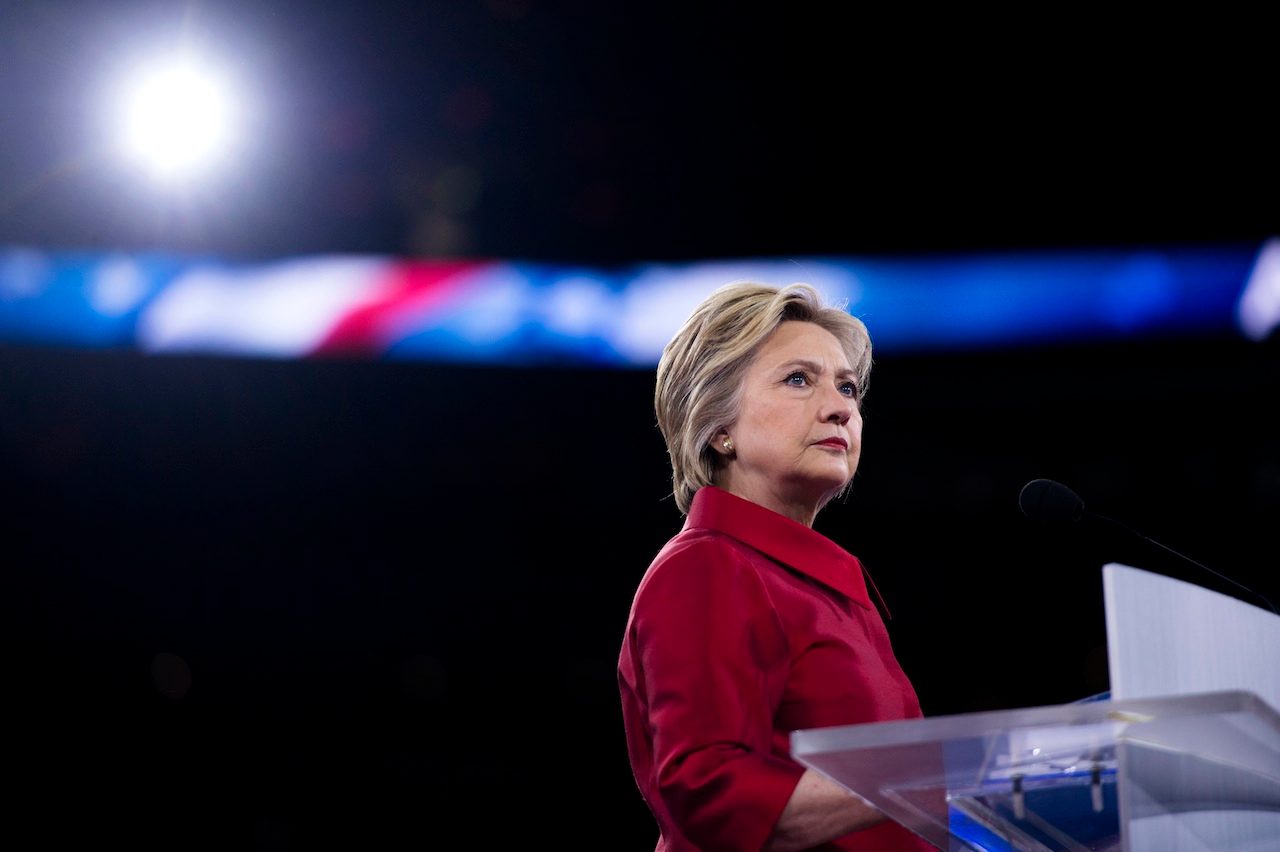 Facebook Twitter Copy URL
Copied
Hillary Clinton launches a withering attack on Republican frontrunner Donald Trump at an appearance before thousands of Jewish voters, saying America's next president cannot be "neutral" when it comes to Israel

WASHINGTON, United States – Hillary Clinton launched a withering attack on Republican frontrunner Donald Trump Monday at an appearance before thousands of Jewish voters, saying America’s next president cannot be “neutral” when it comes to Israel.

“We need steady hands, not a president who says he’s neutral on Monday, pro-Israel on Tuesday, and who knows what on Wednesday, because everything’s negotiable,” the Democratic frontrunner told more than 15,000 attendees of American Israel Public Affairs Committee’s annual policy conference in Washington.

“My friends, Israel’s security is non-negotiable.”

Trump, who hails from New York, has raised eyebrows in the Jewish community for stressing he wanted to be a neutral broker between Israel and the Palestinians when it came to peace talks.

In a December debate, the billionaire real estate magnate described the Israel-Palestinian relationship as “the toughest negotiation there probably is of any kind.”

Clinton stressed the importance of “electing a president with a deep personal commitment to Israel’s future.”

She also warned against presidential hopefuls who might want to “outsource Middle East security to dictators” or downplay American’s national security interests in the region.

“It would be a serious mistake for the United States to abandon our responsibilities or cede the mantle of leadership for global peace and security to anyone else,” Clinton said.

Trump, who is the clear frontrunner for the Republican nomination, has insisted he is a steadfast Israel supporter and that no US president would be stronger on US-Israel ties than him.

But he has made some Jews and Israel backers bristle, as he did last year when he spoke to the Republican Jewish Coalition.

“I’m a negotiator, like you folks,” he told the group, before launching into criticism of President Barack Obama’s nuclear deal with Iran, which has been strongly opposed by Israeli Prime Minister Benjamin Netanyahu.

“Is there anybody that doesn’t renegotiate deals in this room?” Trump asked. “Perhaps more than any other room I’ve ever spoken in.”

Clinton stressed that Israelis and Palestinians “can’t give up” on hopes for peace, but she offered a hard line against perpetrators and supporters of violence recently in the Jewish state.

“Obviously, issues impacting Israel and the Middle East are of the utmost importance to me, to our country and to the world,” Sanders said in a letter to AIPAC explaining his absence.

In her comments, Clinton kept alluding to her Republican rivals and particularly Trump, warning against a US foreign policy “that would insult our allies, not engage them, and embolden our adversaries, not defeat them.”

“For the security of Israel and the world, we need America to remain a respected global leader… able to block efforts to isolate or attack Israel,” she said.

“The alternative is unthinkable.”

AIPAC has said it was not taking a position on the candidates addressing the conference. – Rappler.com