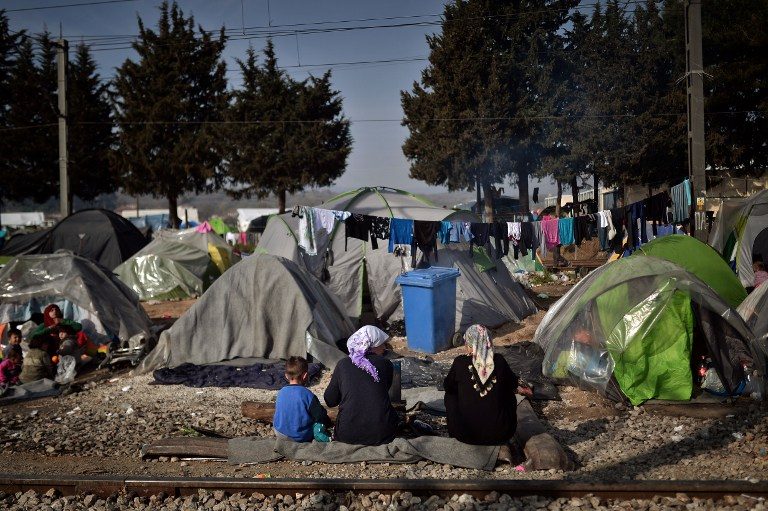 On the island of Lesbos, the main arrival point for migrants crossing the sea from Turkey, officials are struggling to switch from the old system to the new while awaiting hundreds of promised EU reinforcements.

The EU and Ankara struck a deal on Friday, March 18, aiming to cut off the sea crossing from Turkey to the Greek islands that enabled 850,000 people to pour into Europe last year, many of them fleeing the war in Syria.

The agreement, under which all migrants landing on the Greek islands face being sent back to Turkey, went into effect early on Sunday, March 20.

But the influx has continued, according to the SOMP agency, which is coordinating Athens’ response to the crisis.

Since the accord took effect, 1,662 migrants have landed in Greece, SOMP said, including 830 on Chios and 698 on Lesbos, two islands in the northeast Aegean which lie close to Turkey.

The continuing flow “creates a problem, and raises questions about the intent of all parties” in the agreement, SOMP spokesman Giorgos Kyritsis said.

The Turkish coastguard said it had intercepted 126 migrants trying to cross to Greece since Saturday, March 19, without saying how many had been after the deal came into force.

Officials have said it will take time to start sending people back, as Greece is still waiting for thousands of European staff needed to take on the daunting task of mass repatriation.

The EU’s migration commissioner Dimitris Avramopoulos, who is Greek, on Monday said putting the deal into action “puts great pressure on our country”.

“But the country is getting into action… the reaction is positive,” he said as he met Tsipras for talks in Athens.

Under the migrant deal, for every Syrian sent back, the European Union will resettle one Syrian from Turkey, which is already hosting nearly three million people who have fled Syria’s 5-year civil war.

The idea is to reduce the incentive for Syrian refugees to board dangerous smugglers’ boats to cross to Greece, encouraging them instead to stay in Turkish refugee camps to win a chance at resettlement in Europe.

The EU will also speed up talks on Ankara’s bid to join the 28-nation bloc, will double refugee aid to 6 billion euros ($6.8 billion), and give visa-free travel to Turks in Europe’s Schengen passport-free zone by June.

The deal also plans major aid for Greece, a country now struggling not only with a debt crisis but with some 47,500 migrants stranded on its territory.

All new arrivals in Greece are being taken to registration centers set up on five Aegean islands. Those seeking asylum will stay there while their application is considered by Greek and European officials, under the deal.

This makes it all the more important that sea arrivals slow, otherwise the islands risk being overwhelmed by the numbers.

German Chancellor Angela Merkel, a key backer of the scheme, has said that realistically, migrants will likely not start being returned to Turkey until April 4.

Rights groups and the United Nations have raised concerns about whether the EU-Turkey plan is legally and ethically sound.

“The devil of that deal will be in the details of how it is implemented and we need to see what happens in the next few days,” UN High Commissioner for Refugees Filippo Grandi said in Ottawa Monday.

But European officials have stressed that each application for asylum will be treated individually, with full rights of appeal and proper oversight.

The EU has promised 2,300 officials and police to help the operation, according to the Greek government, but as of Monday none had arrived, SOMP said.