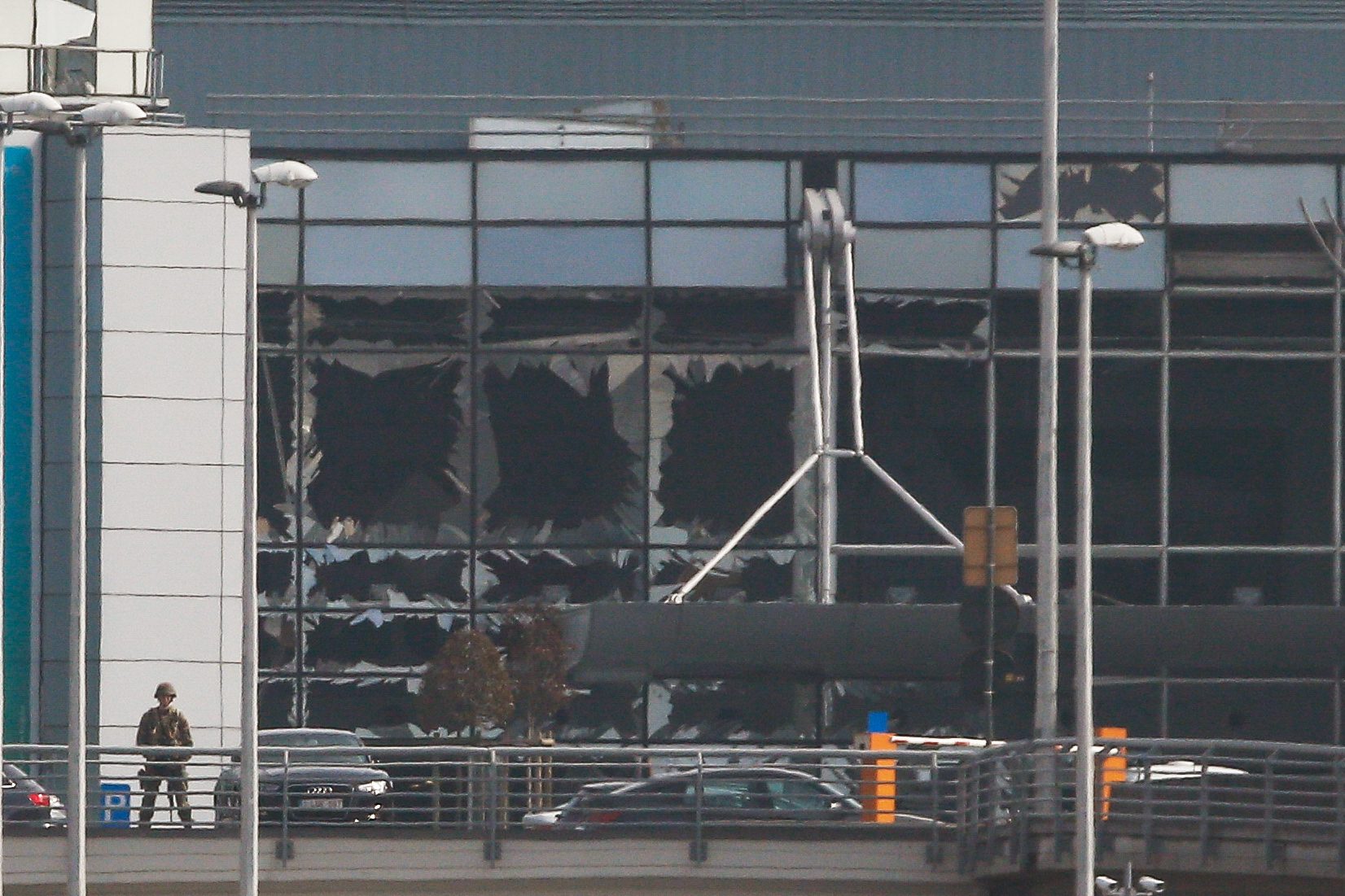 Facebook Twitter Copy URL
Copied
(UPDATED) The bombings will raise fresh questions about the continent's ability to cope with the terror threat, and underscores doubts about how Belgium has allowed extremism to develop unchecked

Belgian authorities released pictures of two of the suspects pushing trolleys with their bombs through the terminal and said they were “actively searching” for a third man whose explosives did not to go off.

Police helicopters hovered over the city late into the night and raids were under way across Belgium, prosecutors said, adding that a bomb, an ISIS flag and chemicals had been found in one apartment.

The fact that extremists were able to hit high-profile targets in Brussels, capital of the European Union, just months after ISIS militants killed 130 people in Paris, will raise fresh questions about the continent’s ability to prevent terrorism.

It also underscores doubts about how Belgium has allowed extremism to develop unchecked, coming days after the arrest in Brussels of key Paris attacks suspect Salah Abdeslam following four months on the run.

Brussels residents held a candlelit vigil in the Place de la Bourse square where they sang songs and waved the Belgian flag, while on social media thousands of people shared images of beloved Belgian cartoon character Tintin in tears.

“This is a day of tragedy, a black day,” Belgian Prime Minister Charles Michel said, describing the bombings as the “deadliest attacks we have ever seen in Belgium”.

But as Belgium began 3 days of national mourning on Wednesday, he insisted the country would not be cowed by the “blind, violent and cowardly” attacks.

“People were just going to work, to school and they have been cut down by the most extreme barbarity,” Michel said. “We will continue to protect liberty, our way of life.”

ISIS claimed the bombings, saying “soldiers of the caliphate” had carried out the attacks against “the crusader state” of Belgium.

Leaders across Europe reacted with outrage, with the EU vowing to combat terrorism “with all means necessary” on a continent that has been on high alert for months.

“The whole of Europe has been hit,” said French President Francois Hollande, whose country is still reeling from November’s attacks. 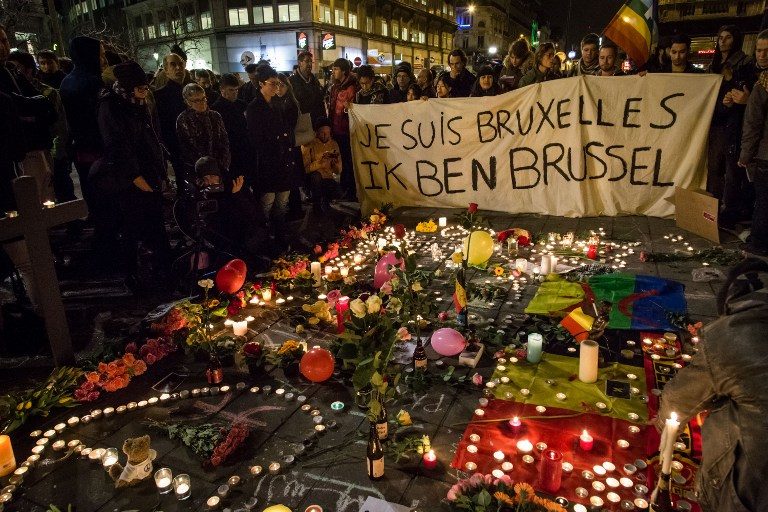 Landmarks from the Eiffel Tower in Paris to Berlin’s Brandenburg Gate were lit up in the black, yellow and red of Belgium’s national flag in solidarity.

US President Barack Obama vowed to stand with Belgium in the face of the “outrageous” attacks and ordered US flags flown at half mast, while the FBI and New York police said they would send investigators to help.

Hundreds of flights and trains were cancelled as Europe tightened security, while the US warned citizens about the “potential risks” of traveling in Europe and New York and Washington stepped up security.

There were chaotic scenes at Brussels airport after the bombers struck around at around 8 am local time (0700 GMT), as plumes of dark smoke could be seen rising from holes punched through the roof of the building by the blasts.

“A lot of people lost limbs. One man had lost both legs and there was a policeman with a totally mangled leg.”

About an hour after the airport blasts, a third explosion rocked Maalbeek metro station, in the heart of the city’s EU quarter, just as commuters were making their way to work.

Paramedics tended to commuters with bloodied faces as the city’s normally peaceful streets filled with the wailing of sirens.

‘Bombs in their bags’

Pierre Meys, spokesman for the Brussels fire brigade, told Agence France-Presse at least 14 people had been killed at the airport, while Brussels mayor Yvan Mayeur said “around 20” died in the metro.

Among them was Adelma Marina Tapia Ruiz, a Peruvian woman who had been living in Brussels for 6 years and was with her family in the airport when the blast went off, according to the foreign ministry.

More than 200 people were wounded in the two attacks, including 4 Mormon missionaries – 3 Americans and one French – two Britons, two Colombians and an Ecuadoran. France said 8 of its nationals were hurt, though it was unclear if this included the Mormon missionary.

Belgian authorities published surveillance images showing the 3 male suspects of the airport attack. Two had dark hair and were wearing a glove on only one hand, and a third, who is being hunted by Belgian police, was wearing a hat and a white coat.

“They came in a taxi with their suitcases, their bombs were in their bags,” Zaventem mayor Francis Vermeiren said.

“They put their suitcases on trolleys, the first two bombs exploded. The third also put his on a trolley but he must have panicked, it didn’t explode.”

Belgian authorities had been on alert after Abdeslam, Europe’s most wanted man, told investigators he had been planning an attack on Brussels.

Last Tuesday, March 15, an Algerian ISIS-linked militant was killed in a shoot-out in the south of the city.

Investigators believe Abdeslam slipped out of the apartment as the gun battle erupted. He was arrested 3 days later in Brussels’ gritty Molenbeek district, just around the corner from his family home. – Danny Kemp and Lachlan Carmichael, AFP / Rappler.com