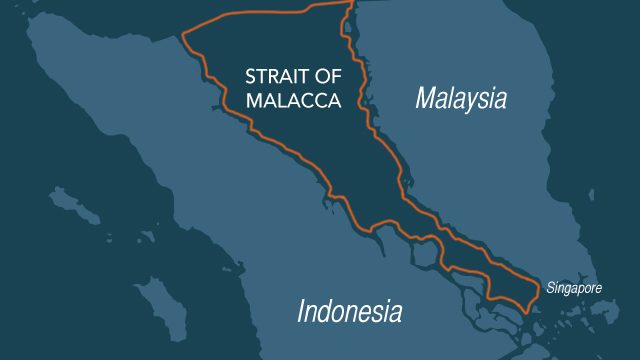 JAKARTA, Indonesia – Indonesia admitted Thursday, March 24 that one of its patrol boats fired on two Taiwanese fishing vessels in the Strait of Malacca, but insisted it was an act of self-defense.

It was the latest example of Jakarta taking a tougher approach to defending its waters, just days after an Indonesian patrol boat in the South China Sea attempted to detain a Chinese trawler it accused of illegally fishing in its waters.

The Taiwanese tuna longliners were passing the north of Sumatra island Monday when an Indonesian patrol boat spotted the vessels, and became suspicious they had been fishing illegally.

“The vessels were passing through with no flags, we did not know where they were from,” Yunus Husein, deputy head of a task force that combats illegal fishing, told AFP.

Husein said officials on the patrol vessel initially asked the boats to stop using a loudspeaker, but they were ignored. They then fired warning shots into the air, but again the Taiwanese boats refused to stop, he said.

The fishing boats began heading fast in the direction of the patrol boat, said Husein, prompting the Indonesian officials to open fire.

He insisted the action was taken in self-defense, to prevent a collision.

“It was the last resort, and we followed all proper procedures beforehand,” he said, adding that no one had been hurt.

Taiwan’s fishing agency says one of the boats had more than 10 bullet holes. The 20 crew aboard the fishing boats were safe and the vessels headed to Singapore after the incident for a damage assessment, according to the agency.

Taiwan’s premier Chang San-cheng said Tuesday that such violence against the island’s boats was “unacceptable”.

Husein said the task force only found out the vessels belonged to Taiwan after Taiwanese representatives in Jakarta complained.

The Indonesian foreign ministry said it was still investigating the incident.

Its foreign minister protested to Beijing after the Chinese coastguard at the weekend stopped an Indonesian patrol boat from detaining a Chinese trawler.

The Chinese coastguard vessel rammed into the detained fishing boat as the Indonesians towed it to shore, helping to release it.

8 members of the crew were detained before the boat was freed, and Jakarta insists they will be prosecuted in Indonesia. – Rappler.com