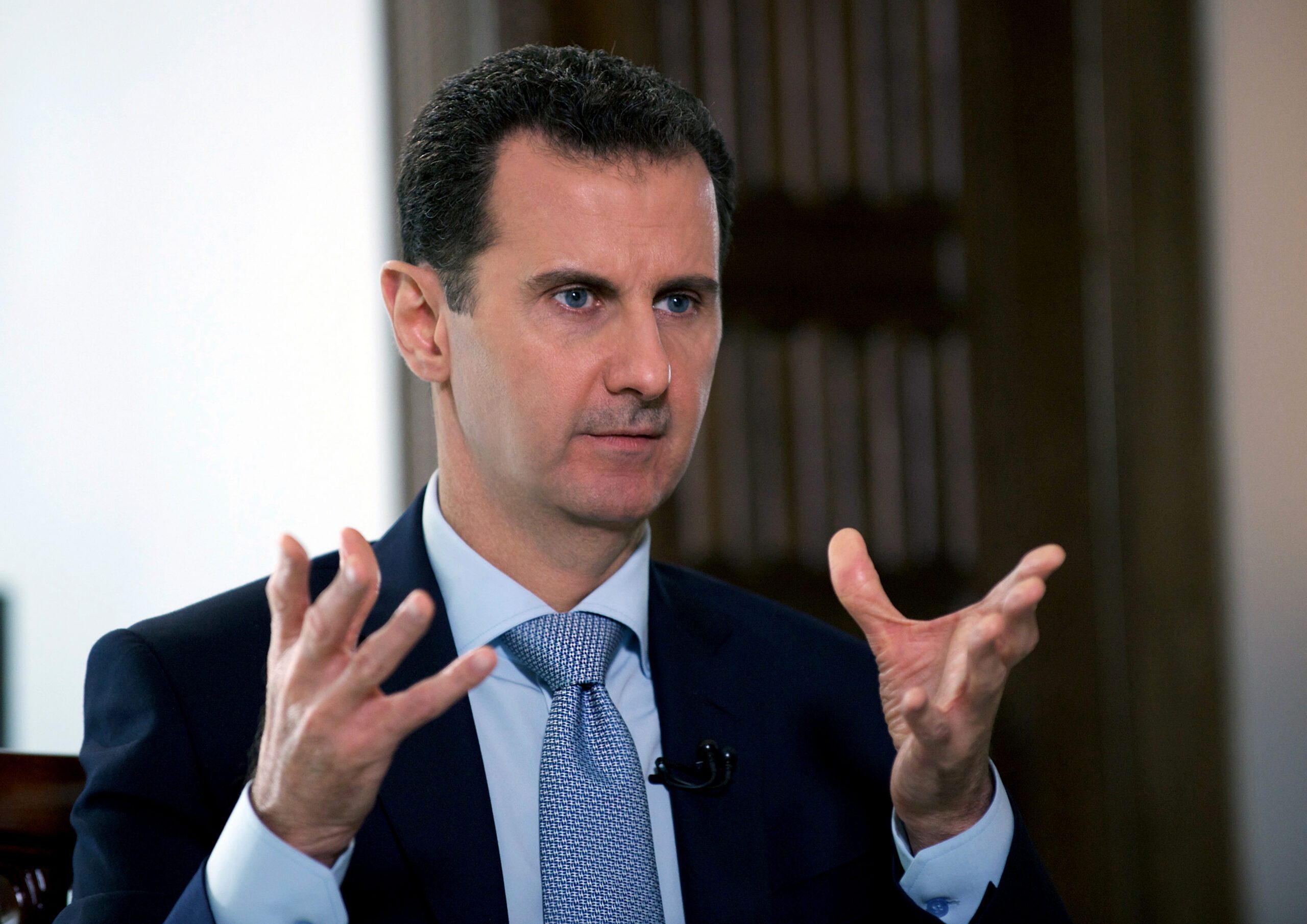 Facebook Twitter Copy URL
Copied
(UPDATED) 'Is there popular will to hold early presidential elections? If there is, I don't have a problem with it,' says Assad

The opposition has long demanded Assad step down at the beginning of any transitional period, but the regime says any talk of his removal is a “red line”.

In comments to Russian state media published Thursday, March 31 Assad said he would consider ending his current 7-year term early if that was what Syrians wanted.

“Is there popular will to hold early presidential elections? If there is, I don’t have a problem with it,” Assad told RIA Novosti.

Assad was re-elected with nearly 90% of the vote in a June 2014 ballot that the opposition and the West decried as a “farce”.

His mandate is set to end in 2021, but a peace process backed by world powers envisages UN-monitored parliamentary and presidential elections within the next 18 months.

Assad’s future – including whether he would be allowed to run in those elections – remains controversial.

The White House spokesman Josh Earnest said Assad’s participation in a future government in Syria “would be a non-starter”.

Syria’s conflict erupted in 2011 with popular protests calling for Assad’s departure and has since evolved into a full-blown civil war drawing in regional powers.

The latest global effort to end the bloodshed has called for the regime and opposition to come together in a new transitional government.

That body would write a new constitution and hold parliamentary and presidential elections by September 2017.

Syria’s government, however, is preparing for regularly scheduled parliamentary elections next month.

Parliamentary hopefuls have already submitted their candidacies for the April 13 vote, as the current legislature’s 4-year term comes to an end.

In an interview with RIA Novosti, part of which had been released a day earlier, Assad said the submissions for this election were “the largest in terms of the number of candidates”.

Although Assad said Syrians both at home and abroad would be able to vote in future presidential elections, there has been no talk of absentee voting for the April polls.

Nearly 5 million Syrians have fled the country since the conflict began, and millions more are displaced internally.

A fragile ceasefire between Damascus and non-jihadist rebels has brought a relative lull in the fighting since February 27, despite continued accusations of violations on both sides.

On Thursday, government air strikes killed at least 33 people including 9 women and 12 children in a rebel bastion east of Damascus, according to the Syrian Observatory for Human Rights.

Two police officers were also among the dead in Deir Al-Assafir, a town in the Eastern Ghouta opposition stronghold, it said.

Observatory head Rami Abdel Rahman called it “the largest ceasefire violation in Eastern Ghouta,” while the United States said it was “appalled” by the strikes.

“We condemn in the strongest terms any such attacks directed at civilians,” US State Department spokesman John Kirby added.

It added that a drone strike likely by the US-led anti-IS coalition killed Abu al-Hija, a high-ranking Tunisian commander, near the jihadists’ de facto capital Raqa on Wednesday.