Apr 28, 2016 7:17 PM PHT
Gabrielle Dunlevy
Facebook Twitter Copy URL
Copied
It has been one year since Filipina Mary Jane's reprieve and the execution of 8 others. What's the situation now?

The anguished cry of a sister about to lose her brother, dust clouds kicked up by dozens of reporters and police, and the heavy sensation of dread.

These stand out in my memory of April 28 last year, the day before Indonesia executed 8 people on Nusakambangan, Central Java, for drug offenses.

Incongruous in the chaos were two little boys, Mark Darren and Mark Daniel, the sons of Filipina Mary Jane Veloso.

Aged 6 and 12, they were told to say their last goodbyes to their mother before she “went to heaven.”

That night, Veloso, 30, was taken from her cell and was walking to the firing squad when she was pulled back, granted a temporary reprieve.  (WATCH: The fate of Mary Jane Veloso) 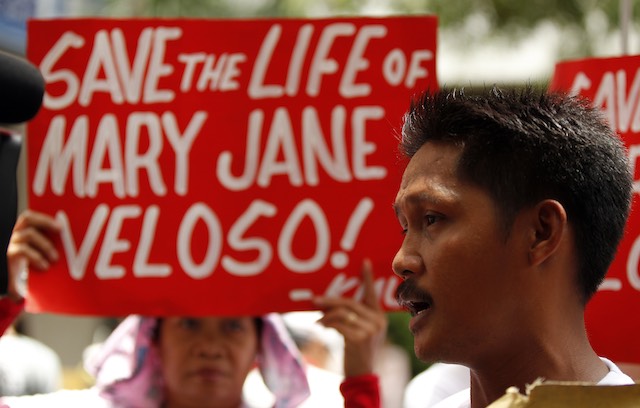 In a dramatic turn, the woman who allegedly recruited Veloso had surrendered to police. (READ: The story of Mary Jane Veloso, in her own words)The single mother had always argued she was duped into carrying 2.6kg of heroin into Indonesia in 2009.

Shots heard after midnight signaled the firing squad had done its grim work. But at Cilacap port, we were in the dark about Veloso’s fate.

I sent a text message to her attorney. I’ve heard a rumor. Is Mary Jane alive?

Maria Cristina Sergio and Julis Lacanilao, the couple accused of setting up Veloso, are finally on trial after protracted pre-trial legal arguments.

Olalia says this case and others expose the great danger that innocent people will be executed because of errors.

Criminal justice systems everywhere are imperfect, he says. They are complicated, confusing and corruptible.

“In countries that impose the death penalty, we know as a fact there can be mistakes,” he says.

“We know also the system is very prejudiced against those who have no power, who have no influence or wealth.”

Veloso will have the chance to tell her story at this trial. At her 2010 trial in Indonesia, she was not provided a qualified translator.

Discussions between Manila and Jakarta continue to determine how her testimony will be presented.

The death penalty was abolished in the Philippines in 1986, reintroduced in 1993 and suspended again in 2006.

Olalia says this is a populist stance that ignores policy approaches that actually work.

However, looking at the root causes of criminality and strengthening investigative bodies don’t grab headlines.

“Crimes must be punished and people must be held accountable, but we will not solve a problem by presenting another problem,” he says.

Indonesia argues its death penalty is not only for those who commit the most serious crimes – drug trafficking, terrorism, murder and treason – but as a warning to future perpetrators.

Lawyer Ricky Gunawan has just returned from the UN General Assembly Special Session on drugs, where he gave an impassioned plea to end the death penalty.

“We are going nowhere with drug policy,” he says. “Indonesia is still using the old punitive measures which have not resulted in any positive difference.”

On April 7, 10 foreign drug convicts’ names were reported in the media, supposedly the next candidates for executions.

Attorney General HM Prasetyo was quoted as saying he was only waiting for their final legal appeals and better weather.

His spokesman later told Australia’s ABC he was only joking.

Eventually, Indonesia’s lawmakers will debate a revision of the criminal code that would see a death sentence commuted to life or 20 years’ jail after 10 years of good behavior.

“This would be good because we know many death row prisoners, after 10 years’ imprisonment, show change,” Gunawan says.

“It’s difficult, politically, to see Indonesia abolishing the death penalty now, but this would be a good compromise.”

The story of Andrew Chan and Myuran Sukumaran rallied the support of many Australians.

Chan had transformed from Bali Nine drug smuggler to pastor within 10 years, while Sukumaran dedicated himself to becoming an accomplished painter.

After legal, diplomatic and community appeals failed to save the reformed pair from execution, many questioned whether Australia shouldn’t be a more consistent and louder voice against the death penalty worldwide.

A parliamentary committee has been considering how Australia’s government can improve its advocacy.

Julian McMahon, who was a lawyer for Chan and Sukumaran, now serves as president for Reprieve Australia.

“The Chan-Sukumaran case asked not only the public, but also the Australian parliament, to take a firm position on the death penalty,” he says.

“Opposition to more executions anywhere is the only acceptable position for a government.

“In my opinion, they’re doing it well now. Having said that, there’s obviously a lot more to be done.

“A number of nations who are great friends of Australia have taken backward steps in recent weeks.”

Not only is Indonesia openly discussing more executions, but Japan and Malaysia have conducted secretive executions.

Malaysia is moving towards reform of its mandatory death penalty for some drug crimes, with proposed amendments anticipated to be introduced to parliament in May.

But last month it sent 3 men to the gallows, giving their families only two days’ notice the decade-old sentence for murder would be carried out.

Meanwhile, a Malaysian man is set to be hung in Singapore, after his final appeal was quashed.

Kho Jabing was sentenced to death in 2010 for killing a Chinese worker in a robbery. 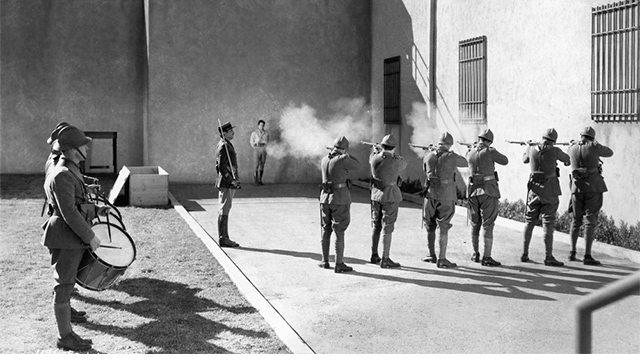 There have been talks between the two governments concerning the 31-year-old, but Malaysia finds itself in the difficult position of asking for its citizen to be spared death while its own justice system executes.

Amnesty International reports 2015 was the worst year in a quarter of a century for the death penalty.

At least 1,634 people were put to death last year, 90 percent of them in three countries: Iran, Pakistan and Saudi Arabia.

The figures exclude China, where it’s believed thousands are executed each year in secret.

“The death penalty is a very emotional argument but we have so much research to show it doesn’t actually prevent crimes, prevent future crimes or help the crime rate, and it robs a prisoner of the chance for rehabilitation,” she says. – Rappler.com

Gabrielle Dunlevy (@gabdunlevy) is a freelance journalist who covered the 2015 executions as Southeast Asia Correspondent for Australian Associated Press (AAP).

Andrew Chan, Australia – a member of the Bali Nine drug smugglers. In his decade of imprisonment he became a pastor and helped many fellow inmates through counselling.

Myuran Sukumaran, Australia – dubbed a ringleader of the Bali Nine along with Chan, he became an accomplished painter behind bars and helped inmates find purpose and skills through art programs.

Rodrigo Gularte, Brazil – executed despite being twice diagnosed with schizophrenia. Arrested at Jakarta airport in 2004 with 6kg of cocaine, Gularte did not understand he was going to be executed until the final moments.

Martin Anderson, Nigeria – arrested in Jakarta in 2003 for possessing about 1.8 ounces of heroin. Police shot him in the leg during his arrest and the injury troubled him for his remaining years.

Okwuduli Oyatanze, Nigeria – sentenced to death in 2002 for attempting to bring 2.5kg of heroin through Jakarta in capsules inside his stomach. He was a gospel singer whose deep Christian faith touched many who met him.

Raheem Salami, Nigeria – was homeless in Bangkok when he was offered $400 to take a package of clothes to Indonesia. He was arrested in Surabaya with 5.5kg of heroin and originally sentenced to life in prison in 1999.

Silvester Obiekwe Nwolise, Nigeria – convicted in 2002 of smuggling just over a kilogram of heroin into Indonesia. He was lured to Pakistan with the promise of work, but instead offered the task of flying to Indonesia with what he thought were capsules of goat horn powder.

Zainal Abidin, Indonesia – A laborer from Palembang, Abidin was transferred for execution despite having a live judicial appeal. Two men convicted with Abidin, who he claimed were the masterminds of a plot to sell marijuana, served prison sentences and were released.

Photo of firing squad from Shutterstock