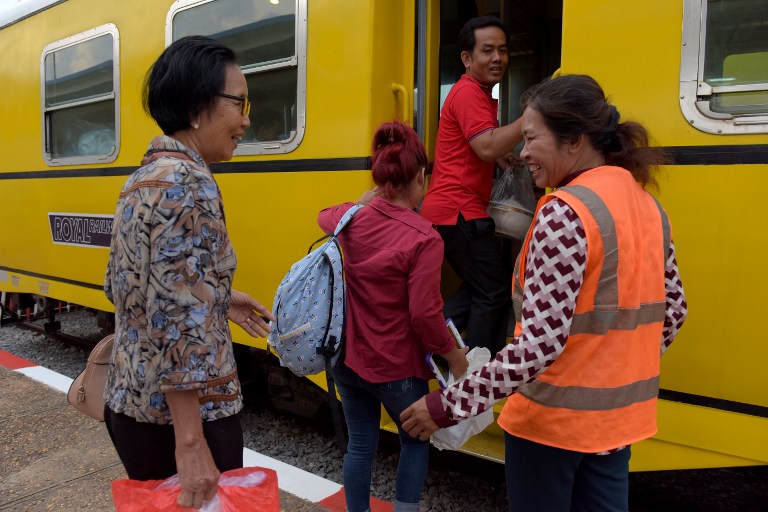 “Today is a very important day for the railway,” John Guiry, Royal Railway Cambodia’s CEO, told Agence France-Presse before the train rolled out of the capital Phnom Penh for Sihanoukville, a southwestern seaport.

The Southeast Asian country has more than 600 kilometers (375 miles) of track extending from its northern border with Thailand down to the southern coast, but decades of war and neglect have left vast stretches of the network damaged.

“The train and railway were almost totally destroyed by war more than 40 years ago,” Hun Sen wrote on Facebook – a forum the strongman has embraced with gusto in recent months.

“Because our country is now at peace, we have the opportunity to rebuild our transport infrastructure,” he added.

The premier, who has been in power for more than three decades, also published several dozen photos of himself greeting local passengers and chatting to orange-robed monks in the packed train cars.

The nearly 270-kilometer route, which passes through farmland and follows part of the country’s scenic coast, was reopened to passenger cars for a trial period during the Khmer new year holiday earlier this month.

Trains will now run once a day in either direction from Friday through Sunday. – Rappler.com