US keen to work with next Philippine leader 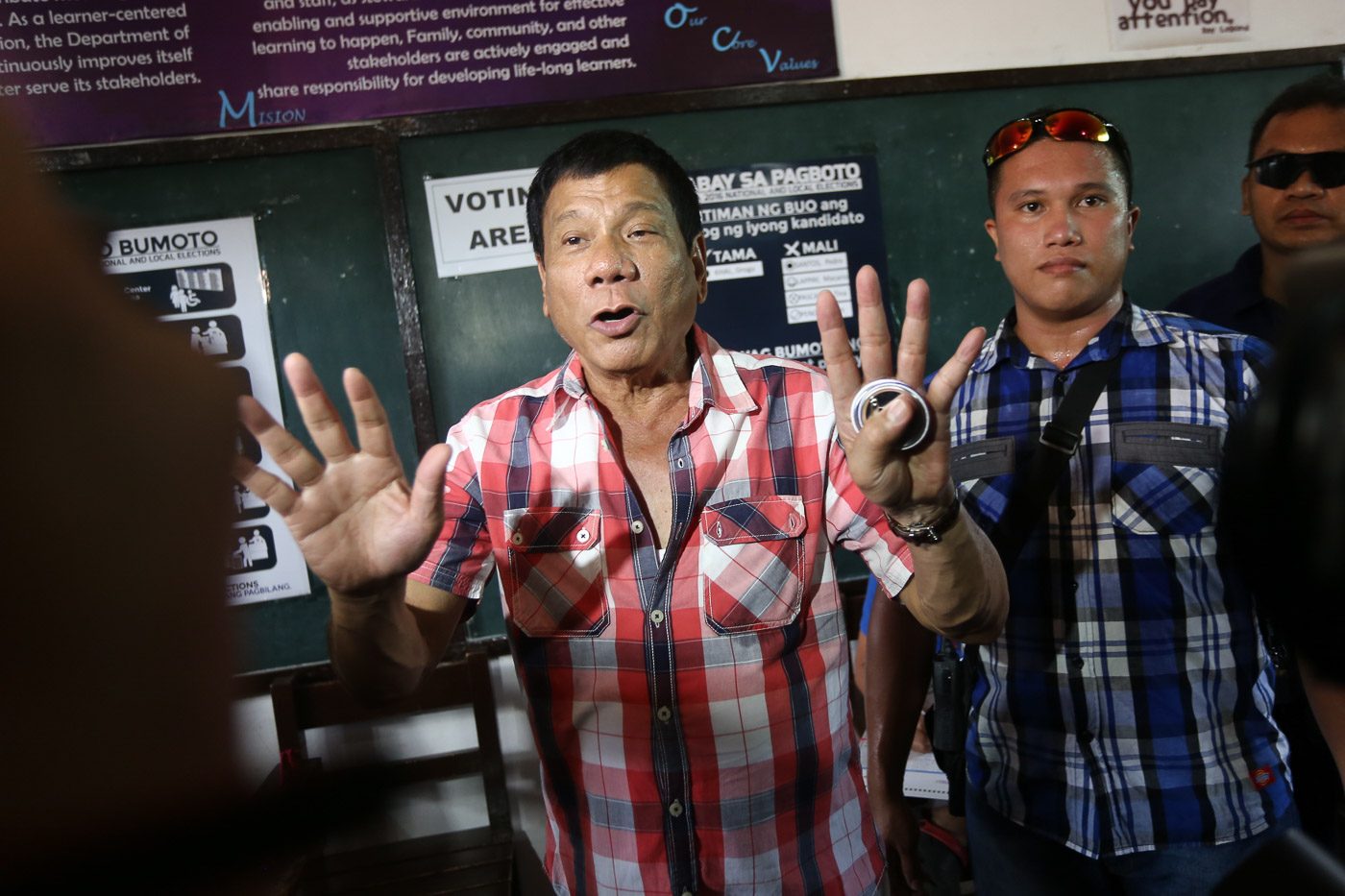 Facebook Twitter Copy URL
Copied
US State Department: 'We look forward to working with and congratulating the winner'

WASHINGTON DC, USA – The United States said Tuesday, May 10, it was keen to work with whoever wins the presidential election in the Philippines, after populist Rodrigo Duterte claimed victory.

“We look forward to working with and congratulating the winner,” State Department spokeswoman Elizabeth Trudeau said, after the 71-year-old firebrand declared himself the winner of Monday’s (May 9) voting.

Trudeau stressed that official results had not yet been confirmed, but said the United States would work with whichever candidate emerges on top.

“Washington respects the choice of the Philippines’ people. We will gladly work with the leader they’ve selected,” she added, without being drawn on some of Duterte’s more controversial statements.

Duterte, who has vowed a fierce crackdown on crime and corruption, has made no secret of his involvement in running vigilante death squads as mayor of Davao and waged an incendiary campaign.

Duterte dominated campaign media coverage and generated international headlines with his relentless gutter talk, branding the pope a “son of a whore” and boasting repeatedly about his Viagra-fueled affairs.

He caused further disgust in diplomatic circles by joking that he would have wanted to rape an Australian missionary who was killed in a 1989 Philippine prison riot.

Duterte was enraged when the US and Australian ambassadors criticized his comments and even threatened to break ties with Washington, one of the Philippines’ closest allies.

On Tuesday, he said it was up to US officials to repair relations with him and indicated that he was prepared to hold direct talks with Beijing over a sensitive territorial dispute in the South China Sea.

This, at least, did not cause offense.

“The United States has consistently expressed support for nations to exercise peaceful means to resolve territorial or maritime disputes without the use of force, intimidation or coercion,” Trudeau said. – Rappler.com