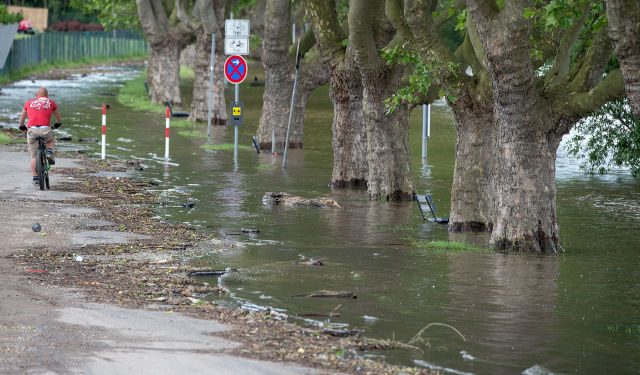 Facebook Twitter Copy URL
Copied
By Tuesday morning, some 45 days' worth of rain had fallen in just 24 hours along the French-Belgium border, according to Belgium's meteorological institute

PARIS, France – Torrential downpours have lashed parts of northern Europe in recent days, leaving 4 dead in Germany, breaching the banks of the Seine in Paris, and flooding rural roads and villages.

In Paris, the French Open tennis tournament was hit for a second day by the miserable weather with play stopped during a match featuring world number one Novak Djokovic.

The stormy weather began in terrifying fashion on Saturday when lightning struck a group of youngsters in a chic Paris park and injured another 35 people at a children’s football match in western Germany. It also killed a man in southern Poland.

That was followed by some of the heaviest rainfall in years, with flooding in southern Germany leaving 4 people dead, including a 13-year-old girl.

Images from the area showed cars crushed under fallen trees and streets caked in mud and debris.

A volunteer firefighter died on Sunday trying to rescue a man trapped in a flooded railway station near Stuttgart, southwest Germany, who also died.

By Tuesday morning, some 45 days’ worth of rain had fallen in just 24 hours along the French-Belgium border, according to Belgium’s meteorological institute.

“We’ve never seen anything like it,” said Cyril Boulleaux, mayor of the commune of Villeneuve-sur-Yonne in northern France.

The weather has added to the misery in strike-hit France, which is bracing for further chaos in the public transport network as unions step up their protests in a bitter labour dispute.

In Paris, the river Seine burst over walkways, while in northern and central France, homes and cars were wrecked as flooding left several towns and villages under a metre or more of water. More than 80 roads across France had to be closed.

In the northern French city of Lens, firefighters were forced to patrol in dinghies and the country’s weather agency said 18 of the country’s departments were on flood alert.

In Belgium, one fire service in the Flemish town of Roulers took some 1,300 calls from people with flooded basements, news agency Belga said. – Rappler.com