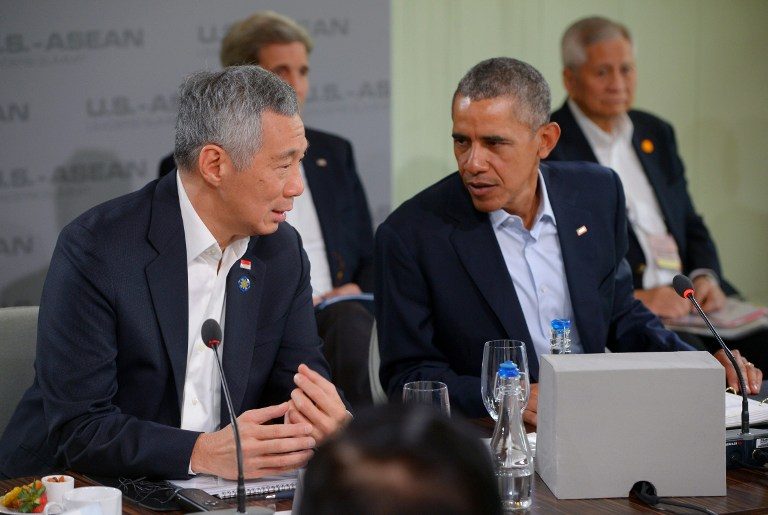 Facebook Twitter Copy URL
Copied
White House: 'The two leaders will discuss how our relationship can continue to address international challenges and advance a rules-based order for the Asia-Pacific'

The White House said Obama would host Prime Minister Lee Hsien Loong on August 2, hoping to woo an ally that has “served as an anchor for the US rebalance to Asia.”

Lee is the son of longtime Singapore leader Lee Kuan Yew, a trusted confidant to a string of US presidents despite criticisms of his authoritarian rule.

“The two leaders will discuss how our relationship can continue to address international challenges and advance a rules-based order for the Asia-Pacific,” the White House said.

Obama visited Singapore in 2009 for a regional summit and has faced pressure to make a symbolic bilateral visit to the country.

But with time running out in his presidency, Obama will instead have to offer the pomp and circumstance of an official visit.

Singapore has been a key player in pushing through the Trans-Pacific Partnership, a regional trade deal that has yet to be ratified.

And while cautioning that South East Asian countries must not get stuck in the middle of US-Chinese rivalry, Singapore has also developed deep military and security ties with the United States.

It has also backed Obama’s calls for territorial disputes in the South China Sea to be settled peacefully and through talks or arbitration. – Rappler.com