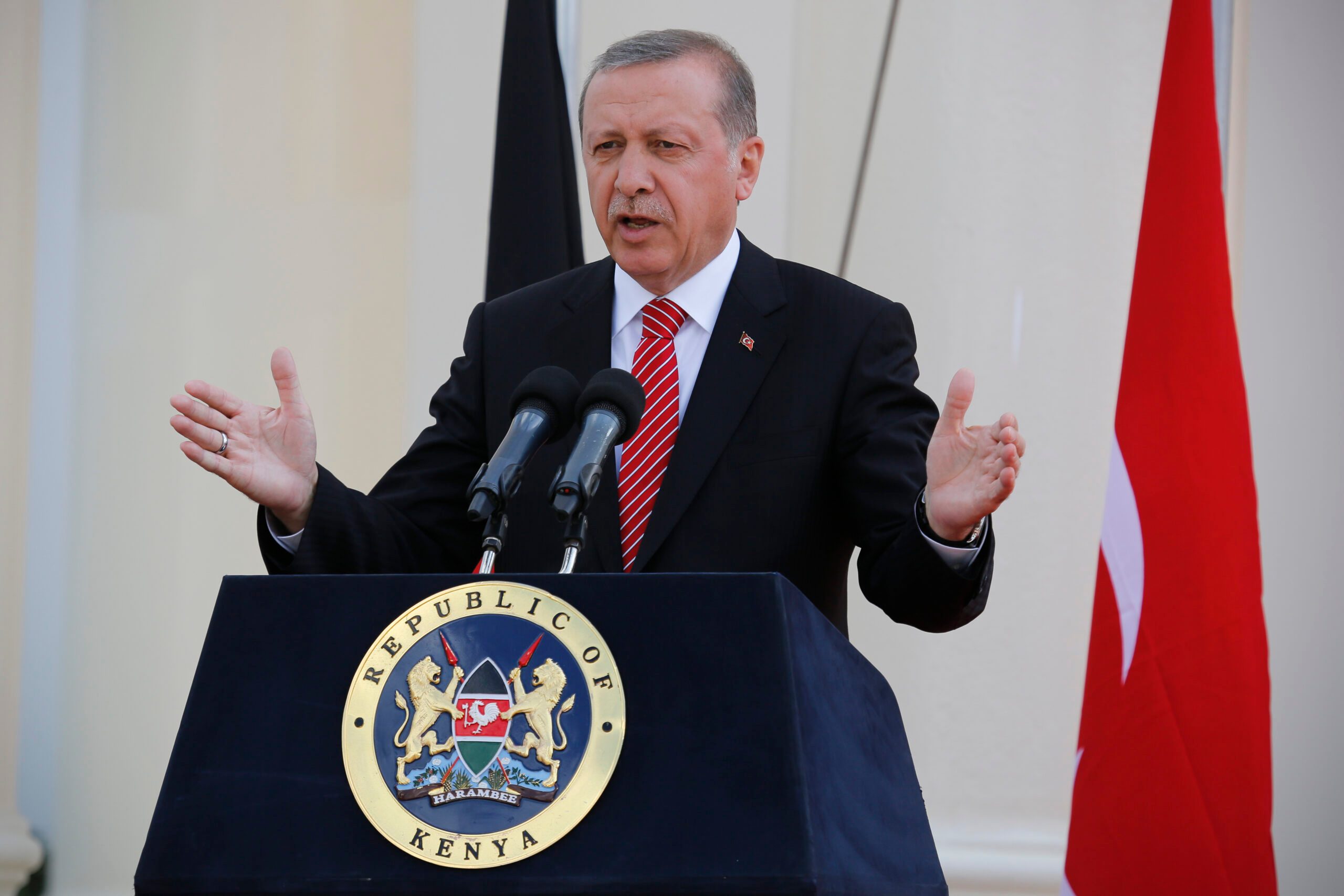 Facebook Twitter Copy URL
Copied
'A woman who rejects motherhood, who refrains from being around the house, however successful her working life is, is deficient, is incomplete,' says Turkish President Recep Tayyip Erdogan

ISTANBUL, Turkey – President Recep Tayyip Erdogan on Sunday, June 5, urged Turkish women to have at least 3 children, saying a woman’s life was “incomplete” if she failed to have offspring.

Erdogan’s comments were the latest in a series of controversial remarks aimed at encouraging women to help boost Turkey’s population, which had already risen exponentially in the last years.

The president said he was a strong supporter of women having careers but emphasized that this should not be an “obstacle” to having children.

“Rejecting motherhood means giving up on humanity,” Erdogan said in a speech marking the opening of the new building of Turkey’s Women’s and Democracy Association (KADEM).

“I would recommend having at least 3 children,” added the president.

“The fact that a woman is attatched to her professional life should not prevent her from being a mother,” he added, saying that Turkey had taken “important steps” to support working mothers.

Erdogan had on Monday, May 30, said that family planning and contraception were not for Muslim families, prompting fury among women’s activists.

In his speech Sunday he went on to add: “A woman who says ‘because I am working I will not be a mother’ is actually denying her feminity.”

“A woman who rejects motherhood, who refrains from being around the house, however successful her working life is, is deficient, is incomplete,” he added.

According to the statistics office, Turkey’s population rose to 78.741 million last year, a growth rate of around 1.3%. The population in 2000 was less than 68 million.

But Erdogan indicated he wanted more, saying Turkey is a country “with great goals” and to achieve them “every member of the nation should be mobilized.”

Erdogan has two daughters and two sons with his wife Emine.

His younger daughter Sumeyye, who last month married defense industrialist Selcuk Bayraktar in a high-profile wedding, is the deputy chairman of KADEM.

Erdogan, a pious Muslim, has repeatedly annoyed feminists and women’s activists with his comments on sex and family planning, once describing birth control as “treason.”

But the ruling Justice and Development Party (AKP) which Erdogan co-founded angrily rejects allegations of sexism and says it has done more than any other Turkish government to encourage women to work. – Stuart Williams, AFP / Rappler.com