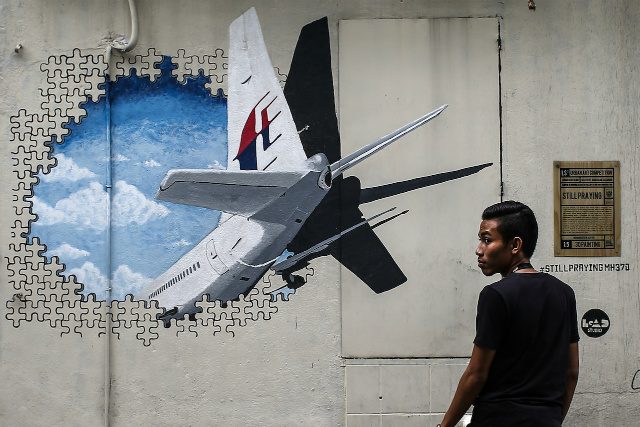 Facebook Twitter Copy URL
Copied
So far 8 pieces of debris, excluding the most recent finds, have been discovered thousands of kilometers from the current search zone far off the west Australian coast

One of the items washed up on remote Kangaroo Island off Australia’s south coast, while the other two were reportedly found in Madagascar.

“The ATSB has been advised and has received photos of the item (on Kangaroo Island),” a spokesman for the Australian Transport Safety Bureau, which is coordinating the search for the plane, told Agence France-Presse. “It needs to be examined before coming to any conclusion.”

He added that images of other pieces of debris found in Madagascar were also being studied.

“We have seen the photos and governments are being consulted on how best to have that examined,” he added.

The fate of the passenger jet, which is presumed to have crashed at sea after disappearing en route from Kuala Lumpur to Beijing with 239 passengers and crew on board in March 2014, remains a mystery.

So far 8 pieces of debris, excluding the most recent finds, have been discovered thousands of kilometers (miles) from the current search zone far off the west Australian coast.

They are presumed to have drifted there with 5 of the parts identified as definitely or probably from the Boeing 777, while 3 others are still being examined.

The piece found on Kangaroo Island among seaweed and driftwood resembles part of a plane, with the words “Caution No Step” visible, according to footage on Channel Seven.

Whether it is from MH370 remains unclear, with the broadcaster saying another possibility was that it came from a Cessna that went down several kilometers off the island’s coast in 2002.

One of the items found on the Madagascan island of Nosy Boraha resembled an airplane seat part while another appeared to be a cover panel on a plane wing, the BBC reported.

The first concrete evidence that MH370 likely met a tragic end was when a two-meter-long (almost seven foot) wing part known as a flaperon washed up in the French overseas territory of La Reunion in July last year.

Australian authorities have since said two pieces of debris found in Mozambique were “almost certainly from MH370” and two fragments that came ashore in South Africa and Mauritius were also likely to be from the jet.

Australia is leading the painstaking search for MH370 in the remote Indian Ocean, but wild weather has not allowed the 3 ships involved to make any progress in recent weeks.

So far 105,000 square kilometers (40,500 square miles) of the designated 120,000-square-kilometer seafloor search zone has been covered without success.

If nothing turns up once the area is fully scoured, the search will be abandoned, Australia, Malaysia and China – the countries that most of the passengers came from – have jointly said. – Rappler.com